There are plenty of sitcoms that focus on family life on TV in the past and present. However, not every family sitcom provides a fair look at the ups and downs that parents both enjoy and are challenged with. In recent years, audiences have become a lot more comfortable watching parenthood be depicted as less than joyous on occasion.

Parenthood is rich area for laugher and tears, making for some of the best sitcoms. It is worthwhile to provide some representation to parents who are not always picture perfect and having the best time with their kids. Sitcoms help audiences make light of some of life’s most difficult situations, loving one’s kids but not always loving being a parent is definitely one of those situations.

Breeders is an English sitcom that follows couple, Paul (Martin Freeman) and Ally (Daisy Haggard), through their personal battles with becoming reluctant parents. Though they both love their two children they are both faced with their own baggage to unpack, Paul has his anger and Ally her history of depression. They grapple with how to be the best parents they possibly can while also facing the struggle of how to be happy with themselves as people.

Breeders digs in deeply to a variety of challenging topics surrounding parenthood and marriage. The show offers some incredibly intense moments but lots of levity by finding the hope and love within it all. It sheds some light on the complexity of ones own trauma and how that effects parents and their kids ultimately.

The Canadian comedy revolves around a group of mothers in Toronto as they juggle motherhood, relationships and their careers. Each of the women faces their own specific set of challenges and push the envelope of what is expected of a “good mother”. They get themselves in a collection of wacky scenarios and must rely on one another to help them out of their sticky life circumstances.

The characters unabashedly focus on themselves as women and refuse to be shamed for having their own lives outside their children.Workin’ Momsaims to depict the balancing act moms often face and when they can’t accomplish all they have sent out to do. The show tells working mothers that it’s okay not to be okay all the time. 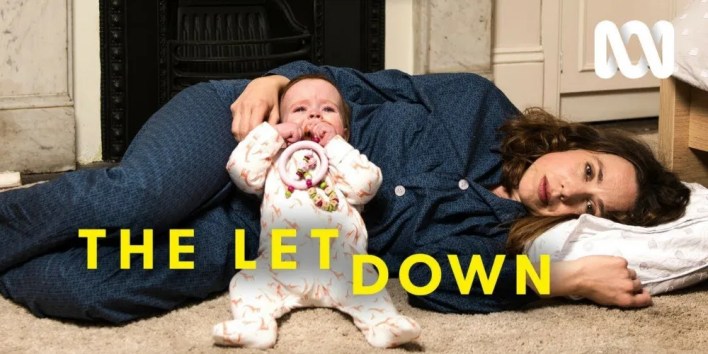 The Letdown, an Australian sitcom, gives the audience a peek into Audrey’s (Alison Bell) new mom bubble as she and her partner adjust to parenthood. Audrey slowly begins to start living her life like she once did but now as a mother, things do not pan out the way she had hoped. She realizes her life is drastically different with her daughter now and must cultivate a new life that works for her and her family.

The show allows insight into the struggles of a new mother as she looses herself to motherhood and must find where she belongs once again. The Letdown accounts for all the facets of one’s life them become altered after they have a child and the shift that happens for a new mom or dad. The comedy allows for the joy and dread of new parenthood to take the foreground. 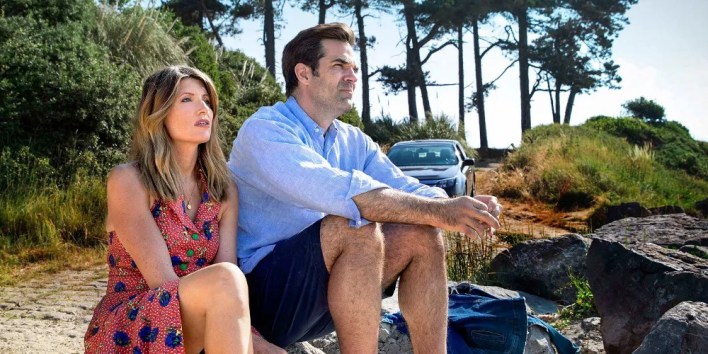 Catastrophe begins with Rob (Rob Delaney) and Sharon (Sharon Horgan) having a short fling in London that turns into an unplanned pregnancy and an impending marriage. The couple have to adjust to their new lives as parents and spouses which doesn’t come without friction. Rob and Sharon are both challenging individuals who aim to raise their family the best they can.

Catastrophe focuses on how parenthood builds and damages a marriage. Rob and Sharon also have plenty of their own demons to wrestle with as they attempt to make family life work. The show finds levity in life’s darkest moments from alcoholism, post-pardom, and familial death. 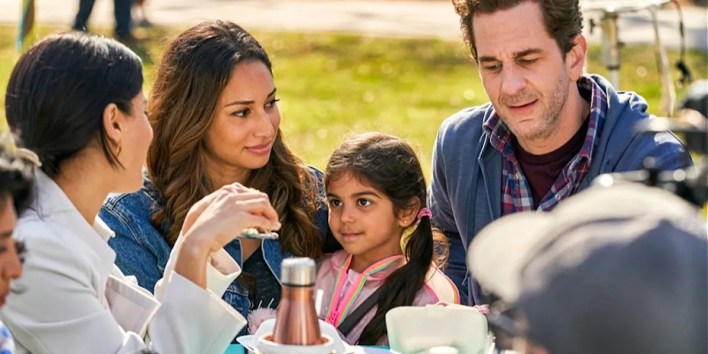 The aptly named Canadian comedy, Children Ruin Everything, is about a young family and their daily difficulties of catering to their two children. The couple tries to reconcile being the fun adults they once were and the tired parents they are now. Their career ambitions were also put on the back burner for the benefit of their family.

Children Ruin Everything gives a voice to the lament of young parents who are still trying to be their cool selves in the midst of children. The comedy also has a lot of fun with the chaos of having young kids brings to a household. The show tries to find the good times in the struggle and celebrates that the crazy days will vanish one day. 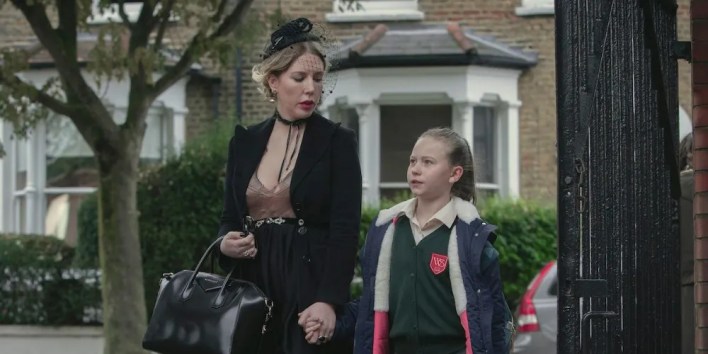 Katherine (Katherine Ryan) is a single mother living abroad in London with her young daughter. Katherine is extremely protective of the life her and her daughter have made for themselves as she navigates her own love life and the relationship with her daughter’s father. She struggles with the desire to have another child and how that will work within her familial dynamic.

The Duchess focuses on Katherine’s desire to be an unconventional parent and building a fun-loving life for her daughter. Something that the show does differently is show the joy that can come with single parenting. Katherine formulates her family on her terms and not worried about how parenting is supposed to look. 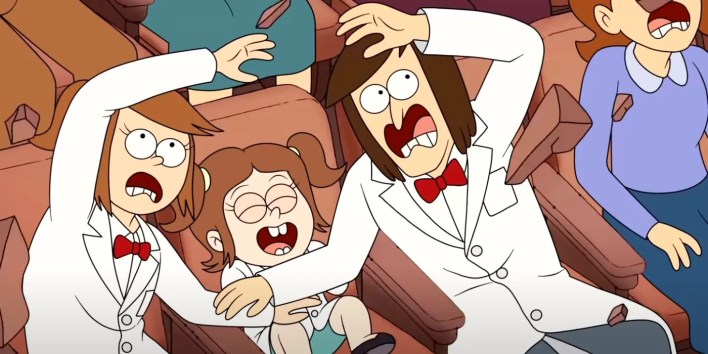 Josh (J. G. Quintel) and Emily (Gabrielle Walsh) are a married couple with a child living with their divorced friends in a surreal animated world. Josh and Emily struggle with entering their thirties and trying to maintain their youth. They must balance being parents while also living a life they enjoy.

RELATED: The Best New Adult Animation Shows You Should Watch In 2022, Ranked

As wild as the predicaments in Close Enough are, they also touch on the financial difficulties that come with having children. Josh and Emily are always doing their best to make ends meet with simultaneously giving their daughter a good childhood. The show expertly touches on these serious subjects while also remaining absolutely silly. 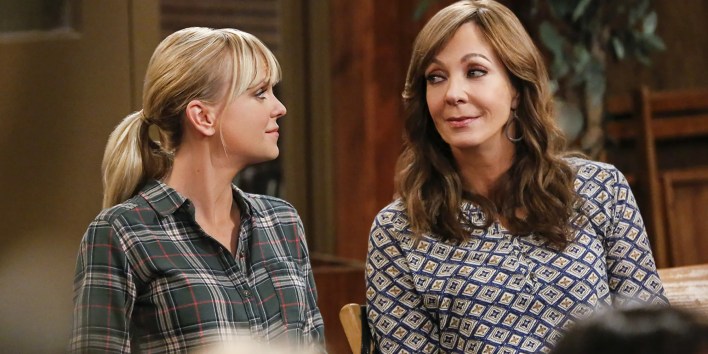 Anna Faris is a single mom, Christie, who is struggling to hang on to her sobriety while her alcoholic mother, Bonnie (Allison Janney), reenters her life. The two women must learn to live alongside each other once again and be the best they can be for Christie’s kids. Christie and Bonnie are both incredibly critical of one another and who is the better parent.

Mom shows how parenting is a lifelong process, even into adulthood having an understanding of one’s parents is important. Christie and Bonnie are trying to unpack and account for their actions and the generational struggles that they both face. The comedy takes a look at what is inherited from one’s parents and to what extent they are responsible for their demons. 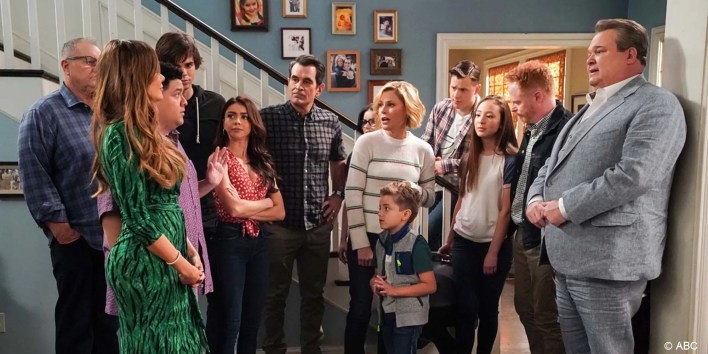 The longtime American sitcom, Modern Family, follows the relationships within one large family and the three families within it. Each family unit has their own separate and unique set of difficulties, but at the end of the day come together to support each other as one. The show accounts for the need to rely on the support of others in order to raise a family.

Modern Family depicts three different family models: nuclear, blended, and adopted under the umbrella of one extended family. The show beautifully shows each family’s own challenges raising their children and how they must come together. The sitcom depicts all the complicated ways that families intertwine and challenge one another. 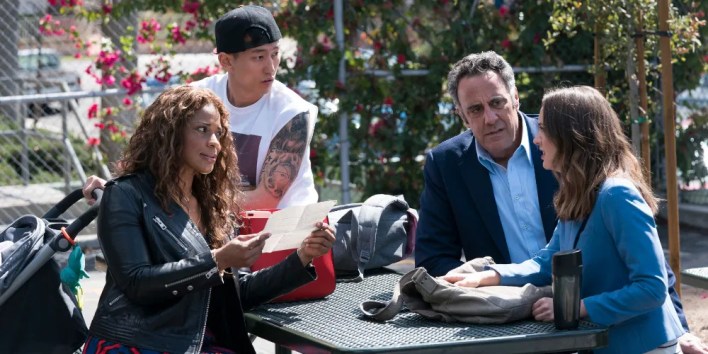 Single Parents is about a group of single parents whose kids are in the same class and come together to support one another. The group is there to help one another in their parenting struggles and form a larger family for themselves. Each one of their parents has their own personal journey into becoming a single parent and their own bonds with their children.

In Single Parents the unique challenges of single parenting takes the forefront as the group creates a found family for themselves to address those challenges. The group is individually trying to maintain their own personal lives outside their children while also being the most present parents they can be. The show also does a great job depicting the closeness that comes from the relationship between a single parent and child.

NEXT: Movies You Really Don’t Want To Watch With Your Parents

Rediscover ‘The Lost City’ on Blu-ray and DVD This Summer