Two pythons, a clutch of eggs, and hatchlings were found during python removal efforts in Big Cypress National Preserve.

Shortly before midnight on July 11, the Florida Fish and Wildlife Conservation Commission (FWC) said an officer and a python contractor in Collier County found not one, but two mother pythons measuring 10 and 17 feet long, and both with large nests full of eggs.

A female Burmese python was found on a nest containing 18 hatchlings and 23 unhatched eggs, according to FWC. Nearby, they found a separate nest site but no snakes were present.

The hunt wasn’t over though, because a few feet away there was another nest. This one with 74 recently hatched eggs, WPLG reported. They found the mom too, and she was a big one, measuring 17 feet long.

All the snakes and unhatched eggs will be turned over to Big Cypress National Preserve. 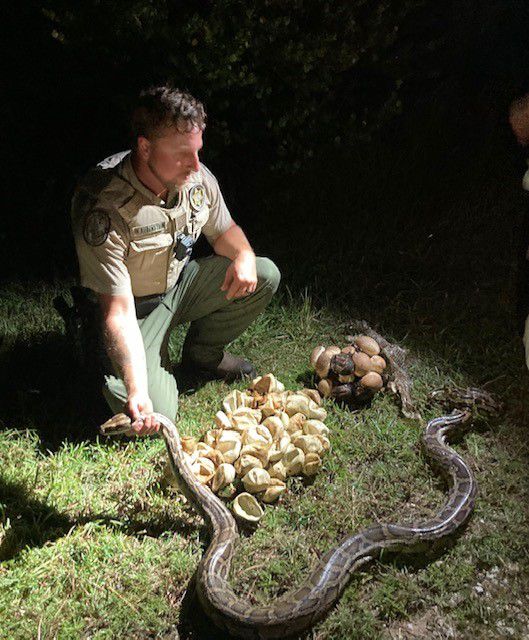