Despite the lingering crisis between him and the incumbent Governor of Ogun State, Dapo Abiodun, former Governor Ibikunle Amosun has joined his successor to welcome President Muhammadu Buhari to the state.

Buhari has arrived at the Gateway State to commission some projects executed by the Gov Abiodun administration.

As the state awaited the arrival of the President, Amosun surprisingly appeared at the venue with the Senator representing Ogun West, Tolu Odebiyi.

DAILY POST reports that the duo of Amosun and Abiodun has been at loggerheads over the structure of the All Progressives Congress (APC) in the state.

On October 16, loyalists of the two old friends-turned-foes conducted parallel APC state congresses in the state.

A reconciliation committee was in Abeokuta, the state capital, on Friday to look into the rift between the two groups. 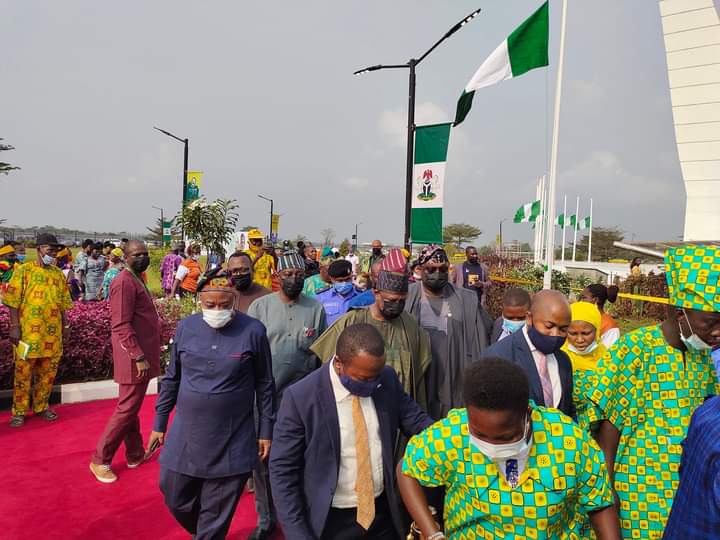 Meanwhile, Ogun residents have expressed optimism that Amosun’s presence at Abiodun’s projects commissioning may mark an end to the feud between both of them.

...ers were sighted on Monday at some traffic kiosks along airports road, Asokoro and the Federal Secretariat.

...ers were sponsored by “Northerners For Change Group”.

However, the governor who is a chieftain of the Peoples Democratic Party, PDP, is yet to declare his intentions to contest for the presidency.

Meanwhile, Bola Tinubu, Yahaya Bello of the All Progressives Congress, among others, have declared their intentions to run for the office of the president in 2023.

Speaking during the inauguration of the committee, the Abia State PDP Chairman, Alwell Asoforo Okere explained that the elders’ committee is created by section 23(1) of the PDP constitution with about 90 percent of the membership provided statutorily.

He also pointed out that the inauguration of the committee is part of the steps taken by the current State Executive of the party to strengthen it by bringing all organs of the party into full existence.

Okere disclosed that the main objective of the party in the state is to retain the seat of the Governor by 2023, recover all lost seats and consolidate on the seats won by the party.

The PDP chairman added that so far, the current state executive had recorded huge successes by the landslide victory in the last local government elections as well as the recovery of the Aba Federal Constituency seat.

He thanked the leader of the party in the state and the State Governor, Okezie Ikpeazu and other leaders in Abia State for their continued support to the party. 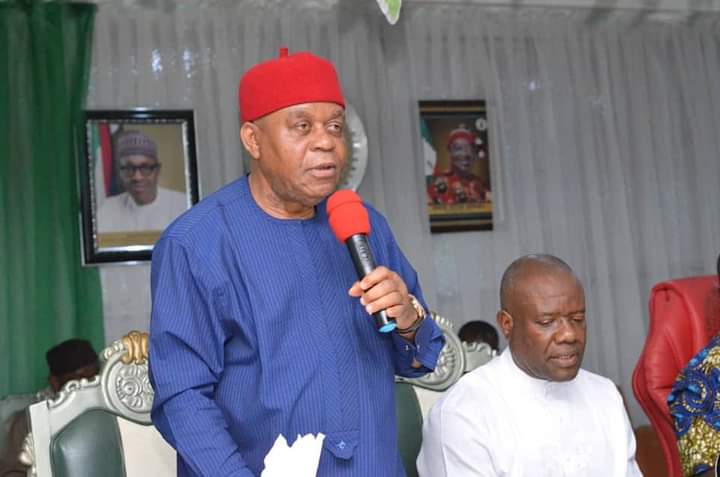 On his part, the leader of the Peoples Democratic Party (PDP) in Abia State, Governor Okezie Ikpeazu, commended the State PDP for standing strong and assured that there was no cause for alarm in the build-up to the elections as the PDP remains the party of choice in the state.

The Abia Chief Executive advised those seeking elective positions under the party to pursue their aspirations decently and avoid acts that could tear the party apart. 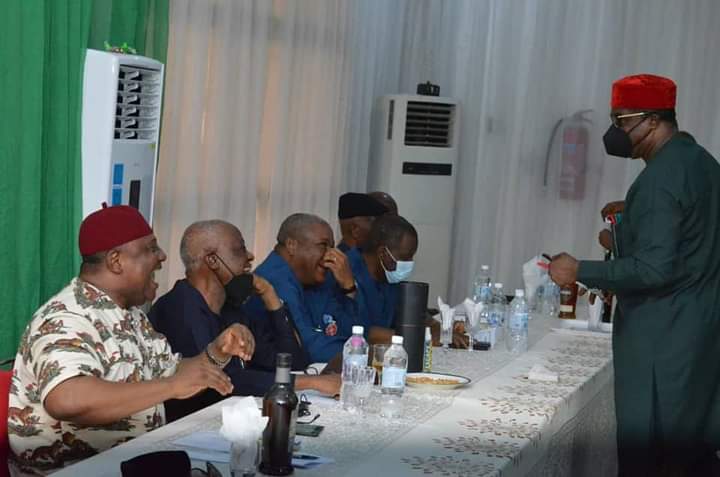 Governor Okezie Ikpeazu also used the platform to welcome back Col Austin Akobundu (Rtd), the immediate past National Organizing Secretary of the PDP for doing the state proud at the national level.

The party leaders reaffirmed their commitment to the state and beyond.

Mother takes her 2 underage daughters, other girls to bandits in forest for sex

I Cannot Say Polygamy Is A Sin

The Shocking History Of Baby Cages