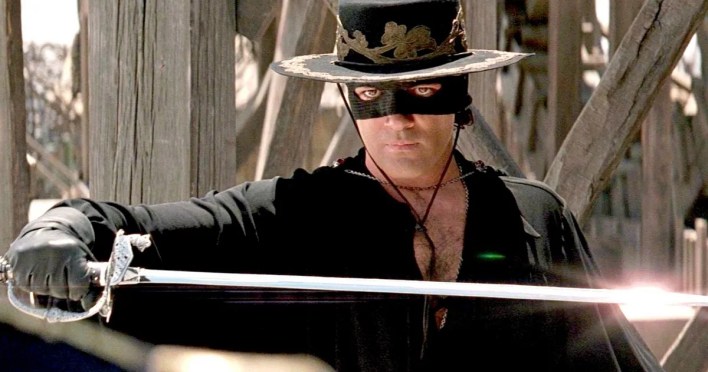 That ambitious Django / Zorro movie is no longer happening, and perhaps Antonio Banderas is more disappointed about that than anyone. Back in 2019, it was reported that Quentin Tarantino had written a screenplay for a Django Unchained sequel that was based on the Django / Zorro comic books. Tarantino had reportedly hired Jerrod Carmichael to work on a new screenplay for the crossover, and just recently, Carmichael confirmed that the project has been scrapped.

But the film did make it far enough into its pre-production process for Banderas to get involved. In a new interview, per USA Today, Banderas also confirmed that he’d been approached by Tarantino to reprise his Zorro role for the movie. Because it was Tarantino, Banderas said he was all for the film, noting he was also pretty excited to get to do a movie with Jamie Foxx. As Banderas said:

With that said, Banderas isn’t quite sure he otherwise wants to revisit the Zorro role, though he would have made the exception for Tarantino. This is because the actor is simply getting older and wouldn’t be able to play that character in the same way.

One new incarnation of Zorro that is moving forward is in the works at Disney+. This version will star That ’70s Show actor Wilmer Valderrama. In a recent appearance on The Drew Barrymore Show, Valderrama provided a tease of the series. Here’s what he said:

There isn’t a release date set for the Zorro reboot series just yet.

Spider-Man: The Animated Series’ Writer Is Willing To Do A Revival Of The Classic Marvel Show, But It Comes With A Major Condition

Sai Pallavi’s Gargi to release on this date

Adventureland: Where the Cast is Today