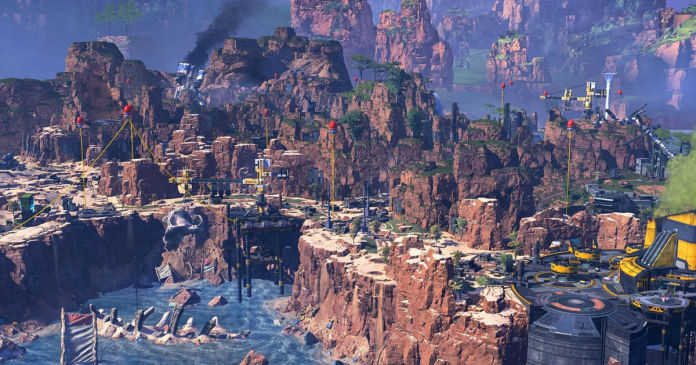 One of the things players are looking forward to in Apex Legends Mobile is dropping into familiar maps but experiencing them in an entirely different way. During the regional launch of the game, players dropped into King’s Canyon, the original map that the Apex Legends console and PC version shipped within Season 0 – but it looks like the fan-favourite map will be absent from the BR rotation global launch of Apex Legends Mobile.

The publishers and developers found that King’s Canyon could do with some more polish – which is why it will not be available in the BR rotation come May 17. Experienced console and PC players know that King’s Canyon is one of the most iconic maps in rotation but it does come with its own set of challenges and issues.

Developing the game from the ground-up, perfectly optimized for mobile platforms certainly has to be a mountain of a challenge and getting it just right seems to be a priority for the devs and publishers.

Although the game will not have King’s Canyon for Battle Royale – parts of the map will still be available in the Arenas and Team Deathmatch modes. The devs have also explained that even though it will not be present at the launch, it will eventually find itself back in the BR rotation soon enough.

Apex Legends Mobile comes out on May 17, 2022, and is one of the most highly-anticipated releases of the year. The game has been built from the ground up for mobile platforms and will function independently of the console/PC versions of the game.

It will be interesting to see what awaits players come launch time and whether mobile audiences take to the game immediately as they did on PC and Console.