the best of AppleiPhone debuting in 2023 won’t be up to par with the Samsung Galaxy S22 Ultra in terms of image magnification or optical zoom. However, it will have a new generation of cameras developed by Cupertino technology that promise to conquer the most demanding users.

At stake is the periscope camera that uses an intricate system of optical elements to magnify the image. Apparently, the iOS smartphone manufacturer will use a 12 MP sensor with 5 or 6 times optical magnification. The information is advanced by the famous market analyst Ming-Chi Kuo. 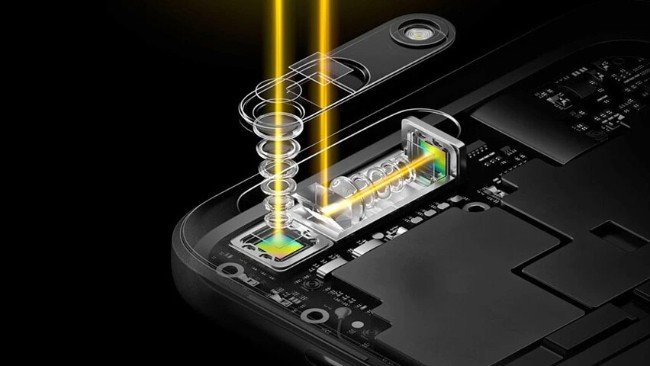 The rumors about the application of a camera with a periscope lens are already old, with the first indications circulating in early 2021. Now, however, this thesis is being pointed out again, this time by one of the most well-versed analysts in the field. technology and, in particular, at Apple.

For Ming-Chi Kuo, market analyst at TF Securities, in his publication in the MediumApple should integrate this element in 2023. However, it will only do so in the most expensive model of its mobile phone, the future Apple iPhone 15 Pro Max. Also according to his testimony, this attribute will also be present in the iPhone 16 Pro and iPhone 16 Pro Max.

Kuo thus predicts that Apple will make this camera exclusive to the most expensive iPhone of 2023. For the following year, 2024, this same asset could reach the base version of the Pro model, although for now it is impossible to give guarantees.

12 MP periscope camera with up to 6x optical image magnification

The analyst believes that Apple will have a more restrained periscopic camera compared to the one we now find in the Galaxy S22 Ultra 5G with an optical zoom of up to 10x. More specifically, the best we can hope for is an optical magnification (zoom) of up to 6 times, although it is equally possible that this value stays at 5 times the magnification.

In any case, in the main Android smartphones on the market, including the aforementioned Galaxy, above a certain magnification value, the hybrid zoom comes into play. This is nothing more than the application of the maximum value of the optical zoom, with the digital zoom taking advantage of the high resolution of the photographic sensors. Therefore, Apple is likely to follow this same strategy.

Keep in mind that this will be an expected and somewhat delayed addition to Apple mobile phones compared to most Android competitors. For example, we cite the Huawei P30 Pro which debuted with periscopic optics, or even the OPPO Reno 10x Zoom Edition in 2019.

Offshore oil on the Atlantic coast: environment vs. development? – EcoPortal.net

Who is Anne Heche? Check Out Hollywood Actress Anne Heche Net Worth, Wiki, Instagram, and More

Serena Williams ‘evolving away from tennis’ and retiring after US Open

Chile remains the guarantor country for dialogues with the ELN