Barcelona 4-0 Real Valladolid: Xavi’s side move to within two points of leaders Real Betis thanks to goals from Robert Lewandowski, Pedri and Sergi Roberto as Jules Kounde makes his debut

By Julian Bovill For Mailonline

Robert Lewandowsk, Pedri and Sergi Roberto were on the score sheet as Barcelona moved to within two points of early pace setters Real Betis in La Liga.

The club’s opening weekend fixture against Rayo Vallecano ended in a 0-0 draw with some questioning Lewandowski’s form in that game but since then the Pole has put the doubts behind him, scoring four in his subsequent two appearances. 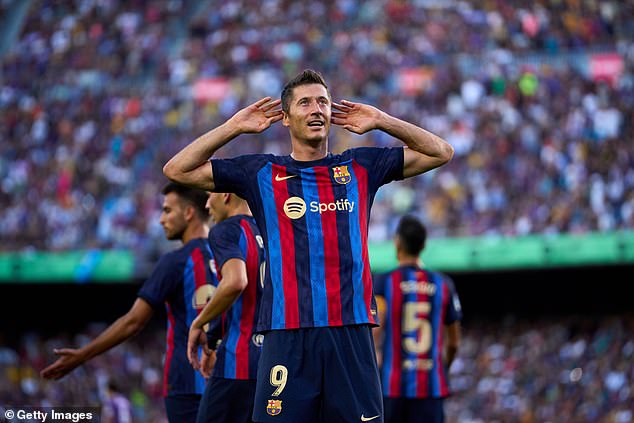 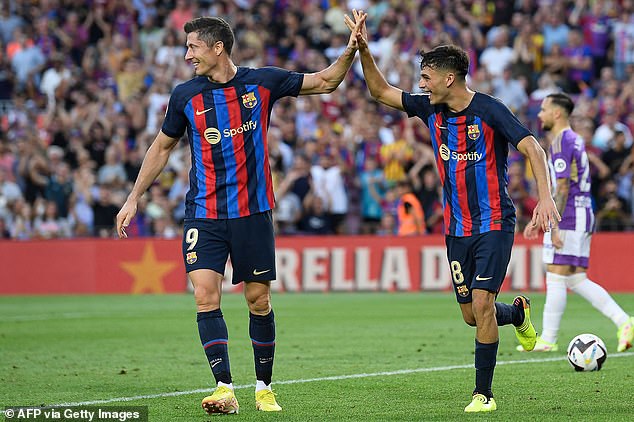 Two of the goal scorers, Lewandowski and Pedri, are likely to be two key players for the side this season

Pedri’s first goal of the season, a tap in after good work from Ousmane Dembele, all but confirmed the outcome of the game on the stroke of half time.

Significantly, Jules Kounde made his first run out for the club after a summer saga that had appeared to have drawn on since the first swallow was spotted in Catalonia and west London. 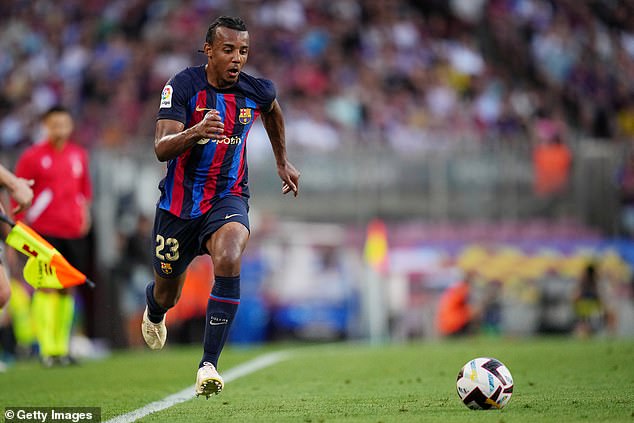 Never Swallow This After 6pm, Says Doctor — Eat This Not That