Brandee Evans takes on the role of Mercedes in P-Valley, which has returned for a second season / Picture Credit: STARZ

The second season of P-Valley is underway, bringing the chaos, fun and excitement of the Pynk back to the small screen on STARZPLAY. We caught up with star of the show, Brandee Evans, to discuss taking on the role of Mercedes, bringing the real-life coronavirus pandemic into the series and more!

What was it about the role of Mercedes that led you to wanting to be a part of this show?

It was the authenticity that Mercedes brings that I wanted to be a part of; and the fact that the language is right from my hometown, Memphis Tennessee, so I felt like all of that just comes natural to her. She’s confident, she’s strong, she’s sexy and I mean, who doesn’t wanna play all of that?

How did you find the fan response following the first season for both the show and your character Mercedes in particular?

I am actually shocked and glad. We knew that the show was good and I thought that Mercedes was pretty dope but I hoped that the audience would think the same, and so to learn that it seems they really received her well? It’s just amazing; people love Mercedes so I’m just very grateful to be able to be her voice.

The show is really celebratory of women and, both grounded and realistic when it comes to telling a variety of different female-centric stories, which I imagine is part of what led you to take on this role – what else factored into your decision to join this series?

I loved that it felt like home. P-Valley is actually a neighbourhood in Memphis Tennessee called Pussy Valley, so I was very excited when I found this out. It just felt like home; I felt like she [Mercedes] was me in a sense. Her mom’s a preacher, my dad’s a preacher; she coached dance teams, I coached dance teams; she teaches the girls how to be sexy, I had a company called Hip Hop In Heels! I was like ‘okay Katori [Hall]! Did you know me before this?’ because I just felt like this role was meant for me. 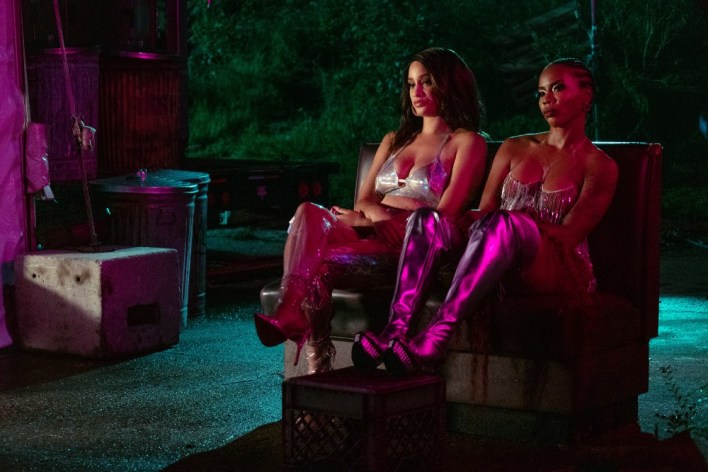 We heard that the series will include the recent pandemic, so how was it bringing that very real-life moment into the show?

It was great and difficult. It was great because we were able to show the truth of what the world was going through and is still going through because the pandemic really is not over; but also it was heartbreaking because it was reminding us of things… even though we might have gotten past the waves of so many people that unfortunately didn’t make it through, we were reminded of that.

With the police brutality that became even crazier, vandalism, all the things that were happening, it was a reminder of, ‘wow, we went through that, that happened to me or someone I know’.

Can you tell us a little bit about a typical day on the set of the show? If indeed there are any typical days on a show like P-Valley!

I was about to say, what is a typical day?! (laughs) You are there early, you are in that hair and makeup and honestly, from there just good luck because it may go any way, you don’t know what’s gonna happen so you just gotta be ready to roll with the punches on P-Valley. Stay ready, so you don’t have to get ready.

How have you found carving out a career in this industry, both as a woman and from a minority ethnic background?

It has been difficult and, I’m thankful to someone like Katori Hall who is opening the doors for a Black woman and someone like me who was a new actor at that time, having an opportunity and being given a chance. Katori actually opened the doors for many of us. If I’m not mistaken, almost every actor, it was their first time as a series regular. So, that in itself speaks volumes to her trust of who she picked to play these characters and, I think it worked out pretty well! We’re just very grateful.

Do you have any advice for those hoping to break into the acting industry?

Yes, do not give up. Do not let anyone tell you that you have to be at a certain place to get that role; just stay ready. I still do not even have a reel, I’m gonna try and edit one this season! I don’t have a ‘guest star’, so I think a lot of times we think ‘we’ve gotta do this before we do that’ but no, when that door opens and it’s your time, it’s your time so just stay ready. Get in classes and prepare yourself so when the opportunity presents itself, you are ready. 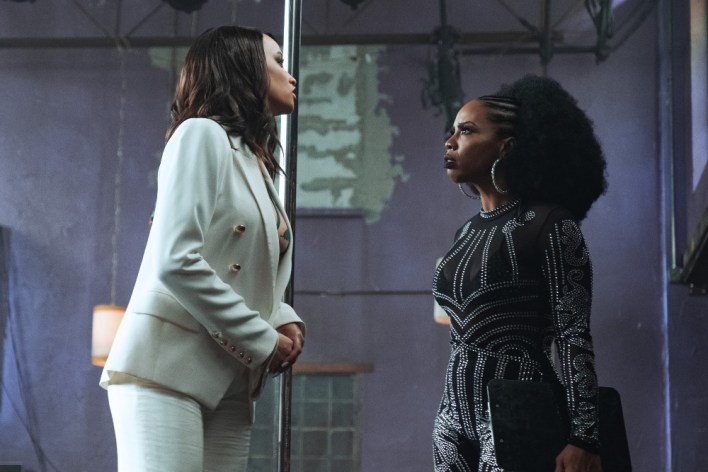 We like to ask all of the people we chat to for Female First three questions! First, which women in your life that you admire have helped shape you as a person?

My mother, absolutely. I am her caregiver now and, I know I would not be the woman I am today without her, so I am very grateful. She was tough, tough, tough, but I have never been more happy in these last few years, thinking about, ‘wow my Mom was so hard on me’, I am so glad because it helped me become who I am today.

Secondly, who have been some of your favourite women to work with?

Oh man! My directors, I love all of my cast members o that’s just too difficult, we’re not gonna go there because I love working with all of the women on the show. But when I really think about the directors that we had last season, I’m gonna start off with Tasha Smith, because she was my first acting teacher [and] that was just a wonderful moment. My manager, Kelly Marie Dunn, she’s taught me, she’s my sorority sister so she’s taught me just how to be authentic in the business and how to be professional; she’s very big on being professional and detail-oriented. As for actors, I love Angela Bassett so, I definitely watch her career and love her.

Finally, what does the idea of ‘woman’ mean to you?

It is everything to me. A woman is, oh my gosh, she’s powerful, she’s strong, she can do anything she puts her mind to. So, when I think of ‘woman’ I think, she can do it all.

Following its Season 2 premiere on Friday, June 3rd 2022, new episodes of P-Valley will air every Sunday, beginning June 12th, 2022 on STARZPLAY. Season 1 is also currently available on the streaming platform.

by Daniel Falconer for www.femalefirst.co.uk
find me on and follow me on

Just how a lot strawberries and cream is eaten at Wimbledon yearly?

Camryn Grimes Weight Gain -Why Did She Gain So Much Of Body Mass?

What was Brittney Griner carrying that received her detained in Russia?