A Grand Rapids, Michigan police officer who killed a man by shooting him in the back of the head during a traffic stop struggle on April 4 will be charged with second-degree murder, Kent County Prosecutor Chris Becker announced during a Thursday press conference.

Second-degree murder is punishable by up to life in prison with the chance of parole, Becker said. The charges are connected to a shooting that was caught on camera from multiple angles. Police officer Christopher Schurr stopped Patrick Lyoya on a rainy street.

Lyoya, a Congolese refugee, got out of the car after he was stopped, according to various videos of the events complied by online regional news consortium MLive. Schurr yelled at Lyoya to “stay in the car.” 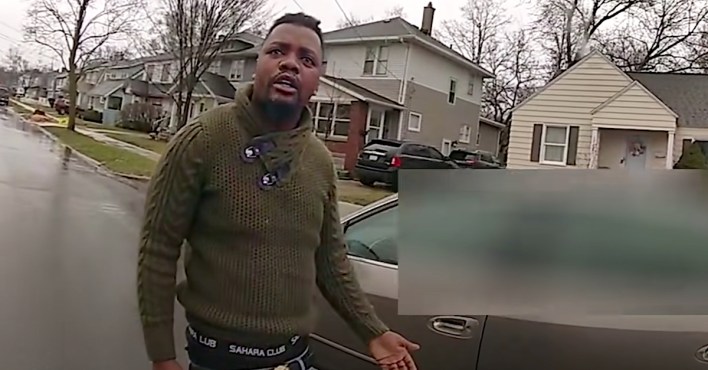 Patrick Lyoya was captured by a police body camera at the beginning of an altercation that ended with his death.

“I’m stopping you; do you have a license?” Schurr asked. He then asked if Lyoya spoke English; Lyoya said he did.

Schurr said the license plate on Lyoya’s car did not belong on the vehicle and asked to see Lyoya’s license. Lyoya asked several time what he had done wrong; he appeared to say “I know” in response to Schurr’s comments about the license plate.

“Right there,” Lyoya said, apparently in response to Schurr’s questions about his license while gesturing into the car through an open door.

Lyoya shut the door of the car and appeared to begin to walk away. Schurr confronted Lyoya and told him to stop; a foot chase ensued. 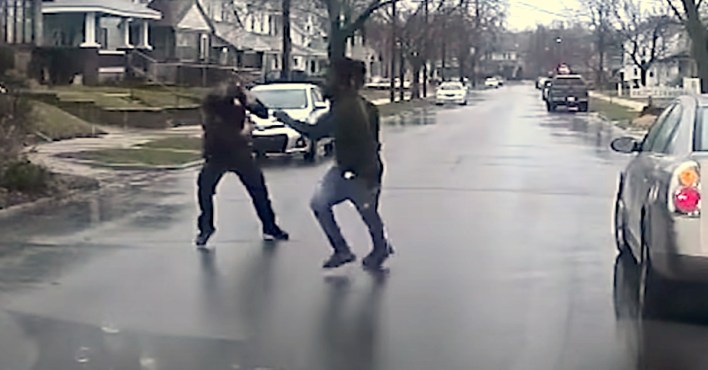 A freeze frame from a police dashboard camera shows Officer Christopher Schurr and Patrick Lyoya at the beginning of a brief foot chase.

The two men fell to the ground on the front lawn of a home. 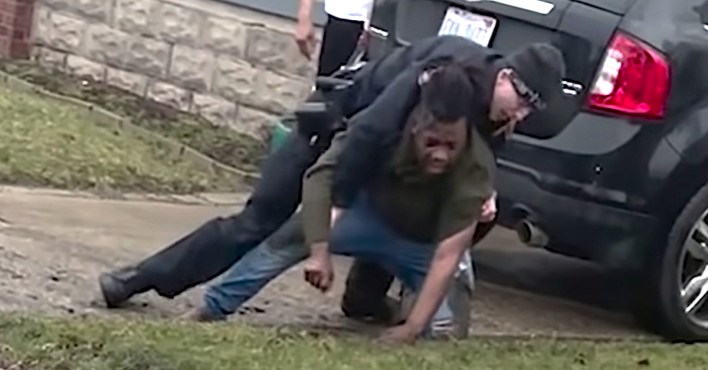 Image via a closeup of a police dashboard camera screengrab.

As the two men were standing, Schurr pulled a taser. 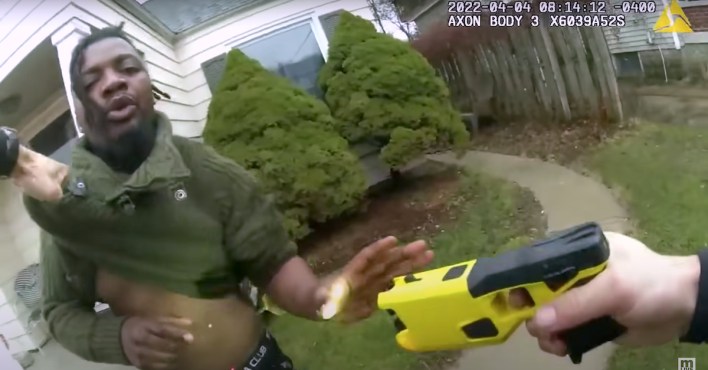 At one point, for several seconds, both men were holding various ends of the device. 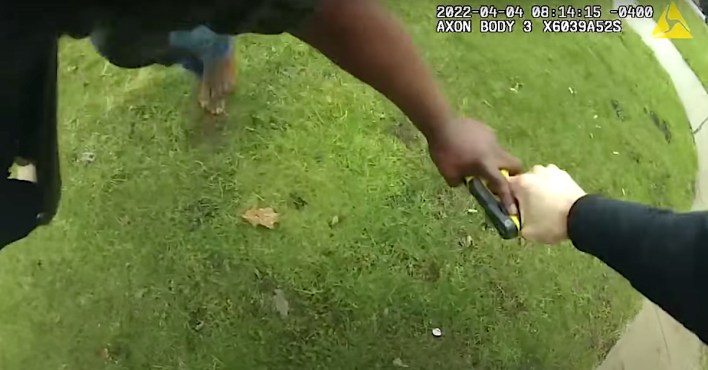 The two men then fell to the ground.

The officer’s body camera video was deactivated, according to the police department. A witness continued to record the scene.

Schurr pulled his gun with his right hand from a holster on his right side, yelled “drop the taser,” and fired one round seconds later. 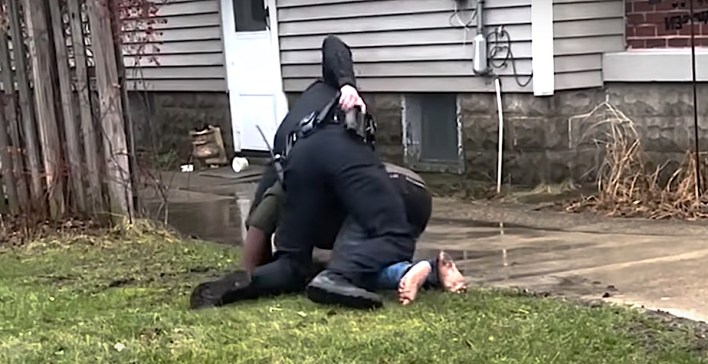 After a few seconds, Schurr yelled at the person recording the video to “get back.” 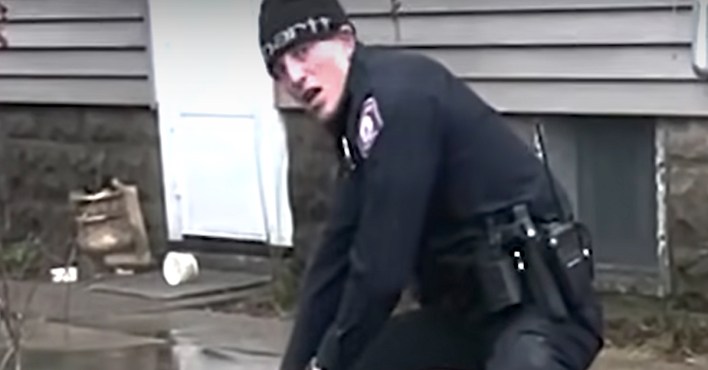 Christopher Schurr turned and looked back at a witness second after he fatally shot Patrick Lyoya. We’ve cropped out Lyoya’s body. (Image via YouTube screengrab.)

The officer then got up and used his radio to report that he had been “involved with a shooting.”

A subsequent autopsy showed that Lyoya had been shot in the back of the head, according to CNN and other local news reports. Lyoya’s blood alcohol level was also reportedly .29 — more than three times the legal limit, the Detroit Free Press said.

Becker, the prosecutor, said at Thursday’s press conference that second-degree murder was “simple” to understand:

Becker said that his review of the evidence indicated that there was “sufficient basis” to file the charge, but he reiterated that the case belonged in a court of law. He preemptively declined to answer specific questions about either his decision-making process or the facts of the matter. 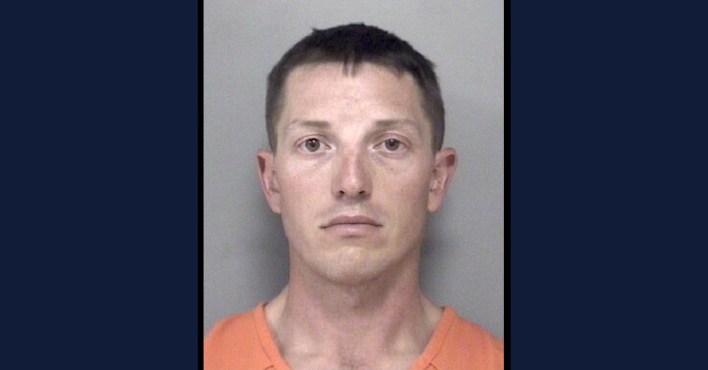 The prosecutor said Schurr turned himself in on Thursday and would appear in court on Friday.

When asked to address the gap in time between the date of the shooting (April 4) and the date of the charge (June 9), Becker said he only received the full report on the incident on the Tuesday after Memorial Day (May 31). He said most of the delay was the result of a company data dump from the Taser used in this incident.

“We make a decision when we have all the facts,” Becker said.

The prosecutor also said that a decision on whether or not Schurr will be allowed out of jail on bond would likely not involve any input from his office. In his jurisdiction, he said, another agency he referred to as “court services” issues a report which recommends bond, if any, directly to a judge, and his prosecutors generally do not offer input in addition to the report.

Becker said he penned a letter to Lyoya’s family and had it translated into their native language so that they could understand what was happening in the case.

The victim’s family, via their attorneys, said at a separate press conference that they would give their full cooperation to Becker’s office. They reiterated that officers do not have the legal right to kill suspects to take them into custody. They also pleaded with the community not to engage in violent protests in the name of Lyoya.

“At the Department of the Attorney General, we understand the exceptional resources needed to evaluate police-involved shooting deaths and I commend Prosecutor Becker, his team and the Michigan State Police for the exhaustive review conducted these last two months,” Nessel said. “We must now respect the judicial process and allow the facts of the case to be presented in court.”

WZZM-TV’s coverage of the press conferences is below:

Have a tip we should know? [email protected]