Stranger Things season four was anticipated for an incredibly long time. It would have been easy for the series to fall off in quality during the layoff, as was the case with so many series over the past few turbulent years. However, the Duffer Brothers (Hidden, Wayward Pines) weren’t going to let their magnum opus decline in quality, and season four has been met with a staggering view count and even more impressive reviews.

Season four, up until this point, has been markedly darker than several of the preceding seasons. While the show always had one foot in the macabre, season four has been even harsher on the harried Hawkinites. A lot of this horror can be attributed to this season’s newly introduced enemy, the villainous Vecna.

In the long line of horrific Stranger Things abominable baddies, like season one’s demonic Demogorgon, with a massive mouth rife with terrifying teeth, season two’s Malicious Mind Flayer, who possesses the innocent Will Byers, or season three’s Billy, who is possessed by the aforementioned Mind Flayer, Vecna stands out as uniquely evil.

Here’s why Vecna, with his mysterious origins and seemingly ceaseless villainous vendetta, is the best villain in the history of Stranger Things.

To make a truly great villain, it takes a truly great actor. In the case of season four’s Vecna, this actor was the incredibly talented Jamie Campbell Bower (Sweeney Todd: The Demon Barber of Fleet Street, Harry Potter and the Deathly Hallows — Part One). Throughout the course of the season, he is tasked with expressing extremes of emotion as he goes from amiable ally to mindless murderer (more on that later).

Jamie Campbell Bower has had an impressive career, portraying diverse and distinct characters. He’s played a vampire, a sorcerer, and even a host of average Englishmen. In Stranger Things season four, he’s allowed to exercise every bit of his acting ability and then some. With a less talented actor, it would have been hard to save the surprise of the twists at volume one’s conclusion. But Jamie Campbell Bower delivers such a convincing performance as Eleven’s (Millie Bobby Brown) only friend that the shock of his villainous turn in the finale delivered a shock that still stuns the series’ audience.

Stranger Things season four viewers are privy to the origin story of the villainous Vecna, though the monster’s original identity is not revealed until the shocking season finale. Jamie Campbell Bower’s character is shown to be one and the same as a number of recently introduced characters; he is, in fact, One.

Heis the first student in the experiment which resulted in Eleven’s powers, and he is Henry Creel, the son of Robert Englund’s (A Nightmare on Elm Street, A Star is Born) Victor Creel, a criminal psychiatric patient shown to have been blamed for his families’ untimely deaths in previous episodes.

RELATED: Stranger Things: How Did Eleven Lose Her Powers?

In the most shocking turn, the character who viewers thought was little more than another victim of the subterranean experiments that resulted in Eleven’s powers is actually the villainous Vecna. Jamie Campbell Power’s Henry Creel, or Vecna, is cast into the Upside Down by Eleven herself in an epic telekinetic duel, though not before mercilessly slaughtering every child in the underground experiment. The horror implicit in the aftermath of this wanton slaughter solidifies Vecna as a truly horrifying villain. 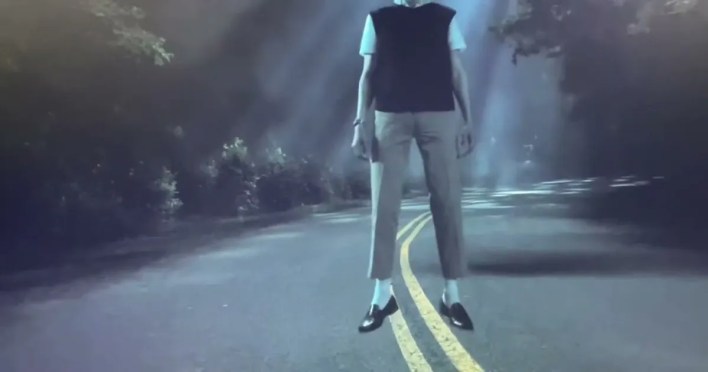 One of the reasons that Vecna is so utterly horrifying is the brutal manner in which he kills his victims. Stranger Things viewers get their first glance at this gruesome, albeit goreless, method of murder in the first episode of season four when Vecna takes the life of the short-lived but much-beloved character Crissy Cunningham, who is portrayed by Gracie Van Dien.

Essentially, Vecna crushes his victims. Utilizing his telekinetic powers, similar to those employed by Eleven in previous seasons of Stranger Things, he takes hold of his victims from the Upside Down. He taunts them for days with harrowing threats and a visage of a looming grandfather clock. After days of mental torture, Vecna seizes his victims, lifting them into the air and slowly stretching their limbs and body until the victim collapses into a heap of bones and clothes.

The implications of Vecna’s introduction and story arc are far-reaching and may even have ties to Stranger Things season one. It is unclear how the beloved main characters of Stranger Things will defeat Vecna in the few remaining season four episodes. It is unlikely that everyone’s favorite character will come out unscathed. Regardless, given his complex storyline and malicious campaign of murder, Vecna is undeniably the best villain in the series’ history.

Rooster vs. Hangman: Who The Better Top Gun Pilot Really Is

The Boys Season 3: How That Imagine Video Came Together