Elizabeth Olsen was spotted in Los Angeles earlier on Friday when she ran a quick errand to get some groceries.

The talented actress, 33, kept her look chic and comfortable, opting for an oversized button-up shirt and striped pants.

The star is known for her role in the Marvel Cinematic Universe, but will step into new shoes by starring in the upcoming HBO true crime series titled Love And Death.

The WandaVision actress kept her look simple while she picked up a few necessary items in the summer heat.

To complete her overall ensemble for her outing, Elizabeth slipped into a pair of open-toe flat sandals that matched the color scheme of her outfit. 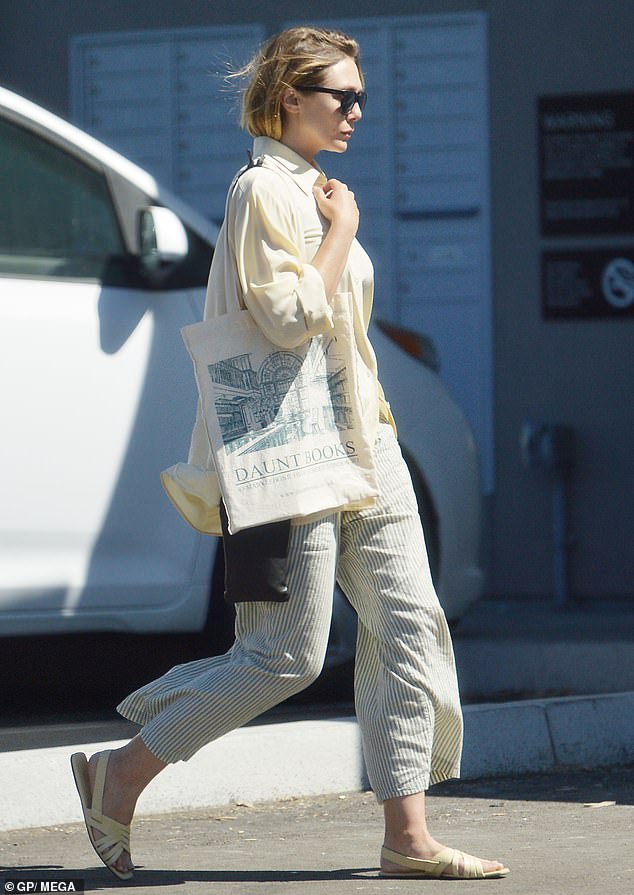 On the go: The Oldboy actress kept her look casual and comfortable for running errands in Los Angeles

The Doctor Strange In The Multiverse Of Madness star kept her accessories minimal and donned black sunglasses to protect her eyes from the sun.

She also wore a brown watch on her left wrist to help her keep track of time during a break from her busy schedule.

Elizabeth slung a tote bag over her right shoulder with Daunt Books printed on the front to help her hold all of her purchased items.

The star also carried a black bag over her shoulder to keep extra items like a phone safe. Her hair was parted to the side and her long locks were tucked into the back of her shirt collar.

She chose not to wear flashy makeup for her short outing earlier in the afternoon. 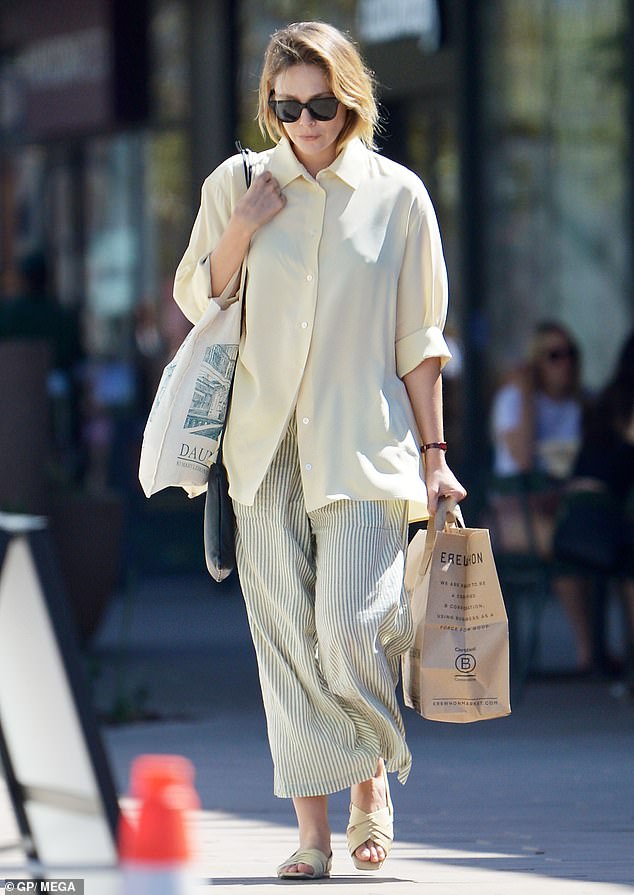 A little break: The beauty seemed to be enjoying a break from her busy schedule and to do a little shopping 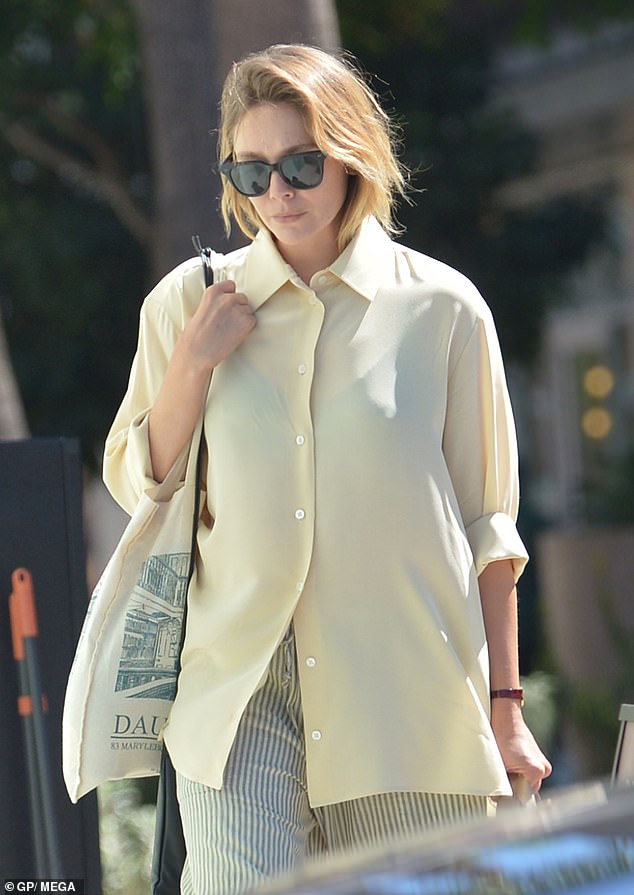 New work: Elizabeth is stepping out of the Marvel world and will star in an upcoming HBO series titled Love And Death

Along with her recent work on WandaVision and Doctor Strange In The Multiverse Of Madness, the actress has been cast to star in the upcoming HBO limited series, Love And Death.

Set in 1980, Texas, the show follows Candy Montgomery, played by Elizabeth, who murdered her neighbor, Betty Gore, according to UKTN.

There is no official release date, but the true crime series will premiere on the streaming site later in 2022. 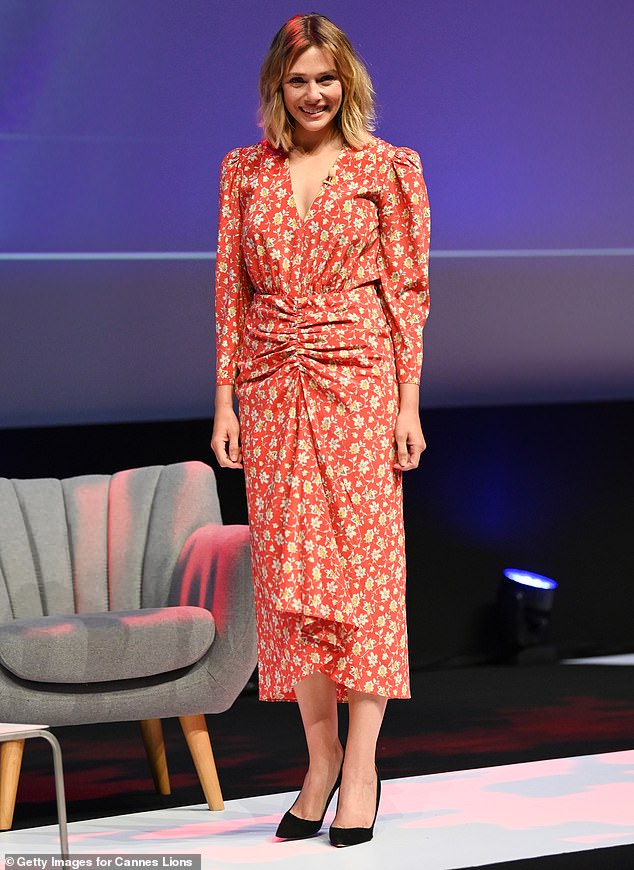 Major role: Elizabeth played the part of Wanda, aka the Scarlet Witch, in Doctor Strange In The Multiverse Of Madness; pictured in June this year in Cannes 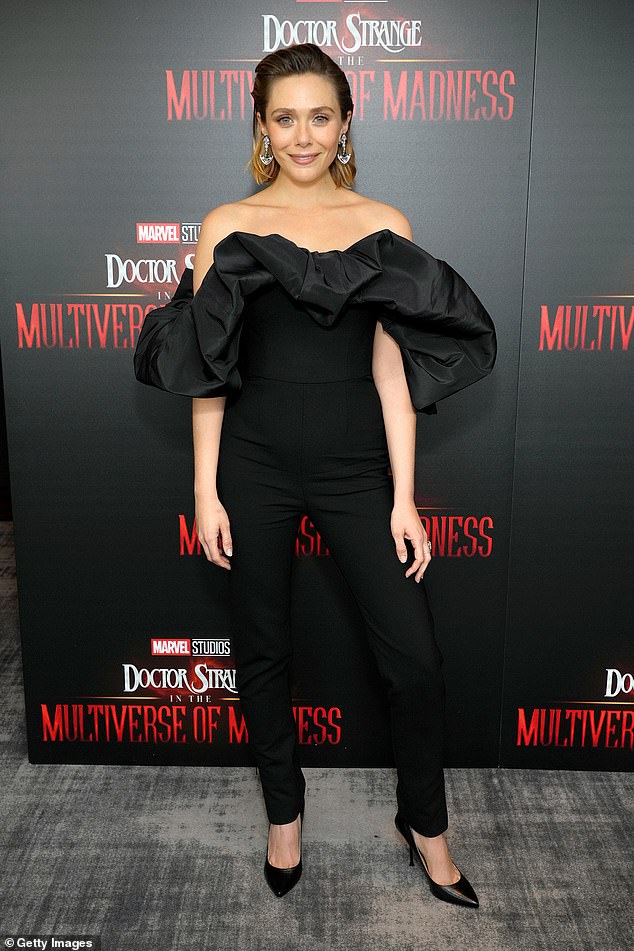 Getting rid of social media: The Avengers star made the decision to delete her social media accounts, such as Instagram; pictured a few months earlier in May

Although the talented beauty has starred in a number of movies, Elizabeth has chosen to get rid of her social media accounts.

During an interview amid a segment for Good Morning America, the star opened up about her decision.

“I feel like I had a good mental health relationship with Instagram,” she said, adding that it hasn’t brought me much joy in my life.”

She also explained that taking down her social media has made me “very aware of what I consume from what I read or from the internet.” 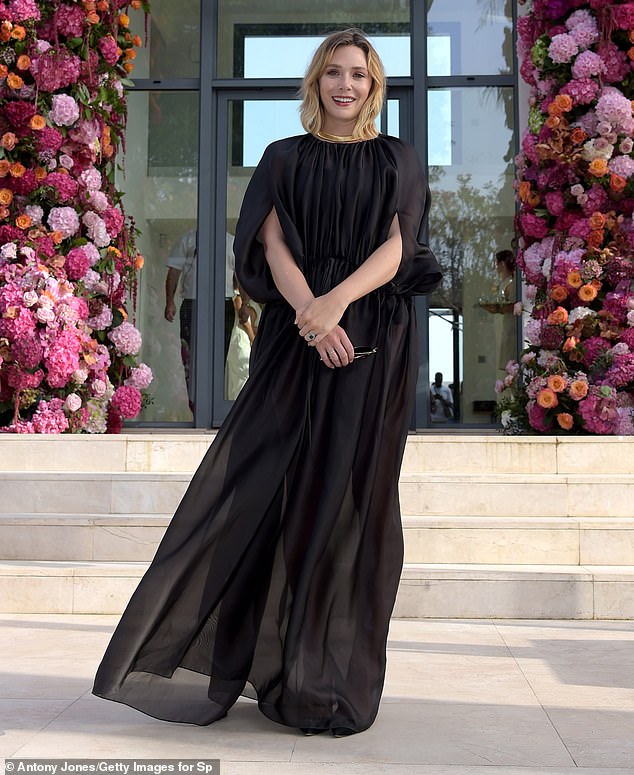 Stunning: Elizabeth often draws attention with her elegant outfits when she attends glamorous events; pictured earlier in June in Cannes

2023 Presidency: Tinubu To Return From London On October 3

Cristiano Ronaldo, Lionel Messi and Neymar’s history at the World Cup: Goals, assists and awards as Portugal and Argentina icons set for final tournament in Qatar while Neymar leading line for Brazil