HONOR has announced HONOR Watch GS 3, the company’s latest smartwatch in the GS series. It has almost similar specifications as the HUAWEI WATCH GT 3 that was introduced last year. It has a 1.43-inch AMOLED screen with a 3D curved glass, features a 10.5mm slim, 44g lightweight body that is made of stainless steel 316L low carbon advanced materials, polishing, exquisite workmanship with Nappa calfskin that is soft and delicate touch. 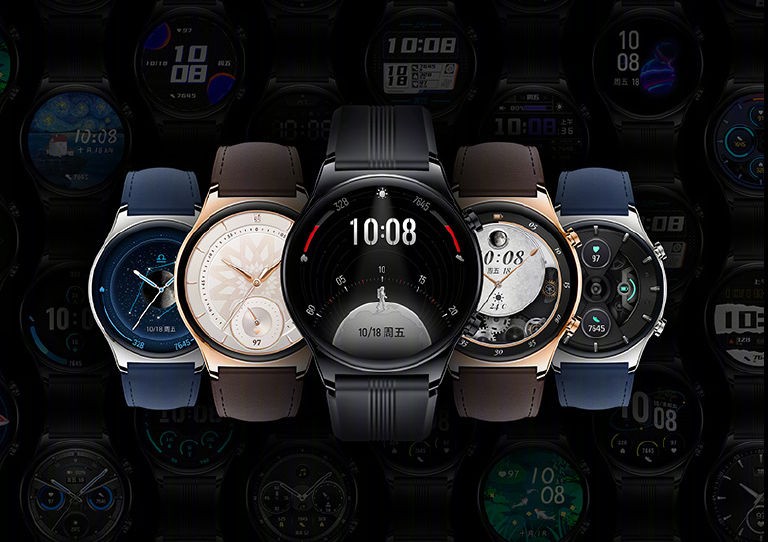 The watch comes with several pre-installed faces, including animated faces and 1,000+ designs. It has Bluetooth calling, Five dual-band satellite system for precise positioning that reduces the lock time by 47% and improves positioning accuracy by 167%. The smartwatch has 8-channel PPG module combined with frequency tracking and AI heart rate dual-engine algorithm to accurately capture the heart rate.

There is 24/7 blood oxygen monitoring with dynamic tracking of blood oxygen status. When there is low blood oxygen, the watch will vibrate to alert to warn. The HONOR Health 5.0 lets you monitor your heart rate and heartbeat rhythm at any time, at a glance Sleep tracking, identify problems, and more than 200 sleep suggestions to help you sleep soundly. When you are stressed, it guides you to adjust your breathing and relieve stress. 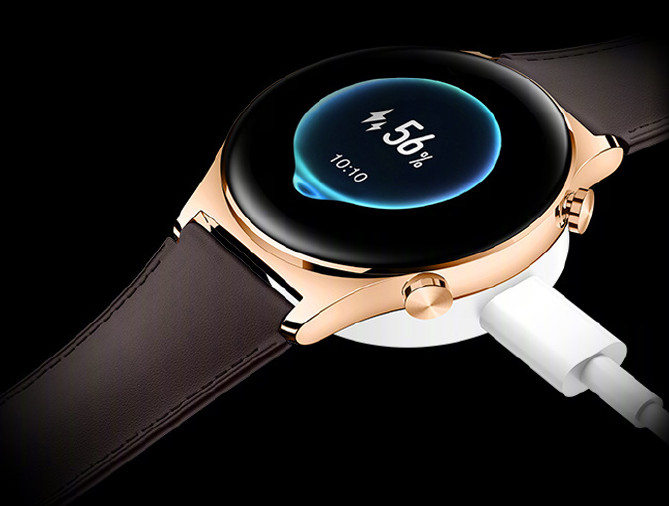 It supports 100+ sports modes, including 85 custom sports modes and more than 10 professional sports modes. There is also 5ATM water-resistant rating. The HONOR Watch GS 3  lasts up to 14 days with typical uses and with fast charging and 5 minutes of charging promises 1 day of use. 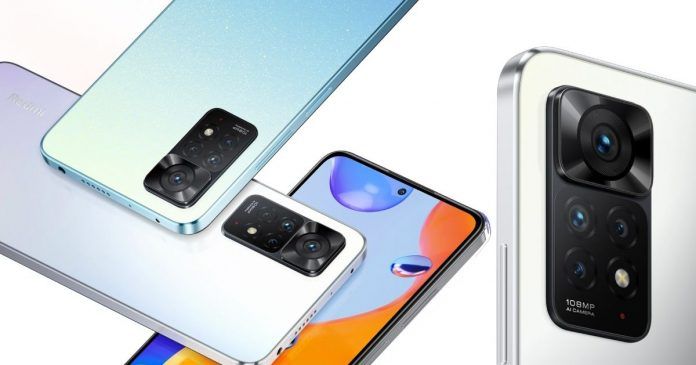 Xiaomi is gearing up to launch the Redmi Note 11 series devices for the global market. Earlier today, the marketing material of the Redmi Note 11 Pro was leaked on the web, which confirmed that the handset will be powered by a Qualcomm Snapdragon processor and will offer 5G connectivity. Now, MySmartPrice has exclusively obtained the renders and key specifications of the upcoming Note 11 Pro and Note 11 Pro 5G Global variant.

The renders reveal a design language identical to the Note 11 Pro Chinese variants. This means the Note 11 Pro global variants will feature a dot-notch display. The top left corner of the back panel will make room for the rear camera setup which will include a 108MP primary sensor. The handset will offer a quad-rear camera setup and an LED flash as can be seen in the renders.

The Note 11 Pro devices will be offered in Graphite Gray, Polar White color variants. There is also one more colour variant with a gradient finish which is a little reminiscent of the Diamond Dazzle colour variant of the Xiaomi 11 Lite NE 5G.

In the latest development, Verizon and AT&T will limit their 5G service around some airports after the chief executives of America’s largest airlines warned of a “catastrophic disruption” from this week’s rollout.

According to the airlines, the new C-Band 5G service could render a significant number of widebody aircraft unusable, adds Reuter.

“Unless our major hubs are cleared to fly, the vast majority of the traveling and the shipping public will essentially be grounded,” wrote the chief executives of American Airlines, Delta Air Lines, United Airlines, Southwest Airlines, and others in a letter first reported by Reuters.

The FAA (Federal Aviation Administration) has warned that network interference could affect sensitive instruments in an airplane, including altimeters, and significantly hamper low-visibility operations.

“This means that on a day like yesterday, more than 1,100 flights and 100,000 passengers would be subjected to cancellations, diversions, or delays,” the letter cautioned.

“With the proposed restrictions at selected airports, the transportation industry is preparing for some service disruption. We are optimistic that we can work across industries and with the government to finalize solutions that safely mitigate as many schedule impacts as possible,” plane maker Boeing, said on Monday.

As a result, telecommunications carriers have offered to voluntarily delay 5G deployment by two weeks and to restrict their own antenna operations in areas close to key airports where interference could lead to significant disruptions.

The FAA, working with the aviation community and wireless companies, established buffer zones around 50 airports with wireless transmitters in close proximity to the runways.

As the nation’s leading wireless provider, we have voluntarily decided to limit our 5G network around airports. The Federal Aviation Administration (FAA) and our nation’s airlines have not been able to fully resolve navigating 5G around airports, despite it being safe and fully operational in more than 40 other countries. Thanks to the best team in the industry for delivering this technology which promises a revolutionary next step in wireless communications, including tremendous benefits for our nation.

Corp member absconds from service after defiling minor in Bayelsa

Keeping Up with Kanye West: Inside a Doc Trilogy Two Decades in the Making (Without Ye’s Final Cut)