Hospitals in New South Wales are already implementing their own Covid mandates despite no official orders from government.

Clinics around the state have re-introduced density limits, mask rules and surveillance testing in response to skyrocketing cases in the community.

Staff have been told to wear N95 masks and goggles at all times in some hospitals, with facility leaders refusing to wait around for lawmakers to act.

It comes as Prime Minister Anthony Albanese is set to meet with state leaders and health officials on Monday discuss what to do about soaring case numbers across Australia. 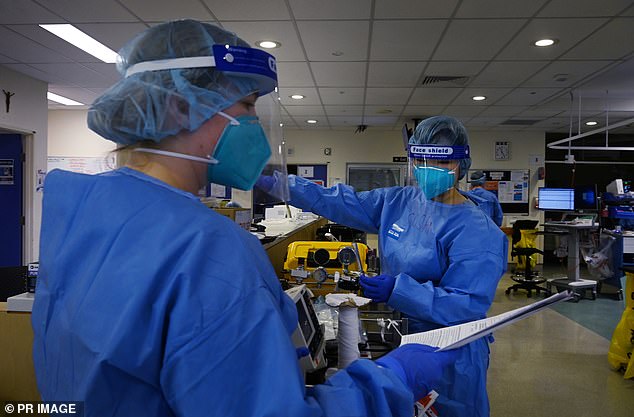 Hospitals in New South Wales are already implementing their own Covid mandates despite no official orders from government. Pictured: St Vincent’s Hospital in Sydney, 2021

‘Experienced clinicians are coming back to the coalface where these decisions are concerned,’ Dr Bruce Ashford from Wollongong Hospital told the Telegraph.

‘We don’t care about guidelines if we feel they don’t meet the situation. We are the ones who understand the problem. Guidelines are just guidelines.’

Healthcare centres in the Illawarra Shoalhaven have taken matters into their own hands, increasing testing, limiting visitors and re-introducing safetywear for patients and staff.

Dr Ashford said frontline workers were committed to making the ‘hard decisions’ the government wouldn’t by bringing back the rules.

‘We’ve increased our use of N95 in all our wards… We are decreasing our visitors, increasing testing on patients,’ he said.

‘People are coming in for appendicitis or to have a baby. We can’t just wait until they become infectious. We have to make sure we are doing everything we can.’ 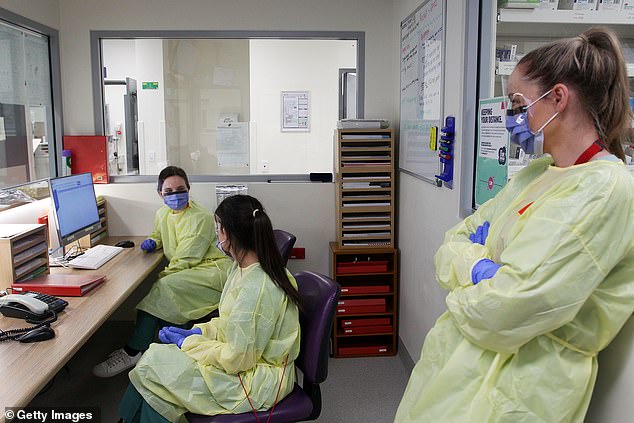 Staff have been told to wear N95s and goggles at all times in some hospitals, with facility leaders refusing to wait around for lawmakers to act. Pictured: St Vincent’s Hospital in Sydney, 2020

The surgeon believes Covid is ‘more serious now than ever’ and the subdued response to the current situation is concerning workers.

He said the health system on the whole will suffer substantially if the virus is able to get back on top.

Meanwhile, fears of a third wave of Covid have prompted the Prime Minister to call an emergency national cabinet meeting.

The backflip comes a day after Mr Albanese’s office announced national cabinet would not meet again until October after a recent meeting on June 17. 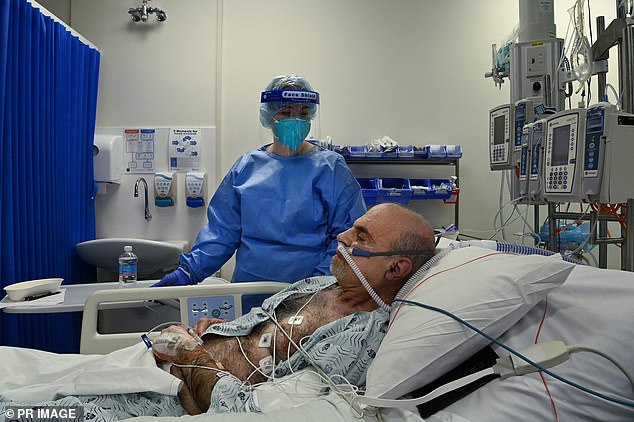 There is also widespread outrage over the federal government’s decision to scrap pandemic leave payments and free RAT tests for concessions card holders, despite a dire warning from health minister Mark Butler to expect millions of Covid cases in the coming months.

Earlier on Thursday, Queensland Premier Annastacia Palaszczuk urged for Australia’s leaders to come together sooner rather than later as highly infectious strains including Omicron BA4 and BA.5 sweep across the country.

It follows a conversation she had the night before with NSW counterpart Dominic Perrottet about the increased strain on hospitals due to the renewed surge in infections.

‘All we want is an update from the chief health officer,’ Ms Palaszczuk told the Today Show. 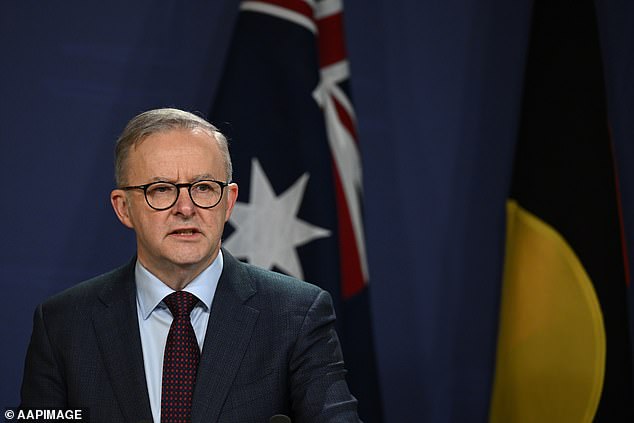 Northern Territory: 494 cases, no deaths, 55 in hospital with three in ICU

Australia recorded 47,419 new infections and 78 deaths with Covid on Thursday while 4,512 cases are in hospital.

‘Because we’re just getting a bit of mixed messages at the moment.

‘I think the country just wants to know how this wave is going. How the hospitalisations are going.

‘And get the information from the chief health medical officer which is what we used to get from national cabinet.’

‘We don’t want a long meeting, but we just want to get the advice and the information, like, is this just going to be a short, sharp wave, or are we going to get another wave in September?’

Australia recorded 47,419 new infections and 78 deaths with Covid on Thursday while 4,512 cases are in hospital.

Mr Albanese hinted on rival breakfast television program Sunrise he would hold talks on the issue when he returns from overseas.

‘Look, there are real challenges there. And certainly, when I return to Australia, we’ll continue to address those issues. But we inherited those cut-offs across a range of decisions from the former government,’ he said on Thursday.

Current data shows up to 300,000 Australians are infected, with the health minister warning the true number is ‘probably twice that’.

He also admitted the decision to scrap the pandemic leave disaster payments wasn’t based on the advice of health officials. 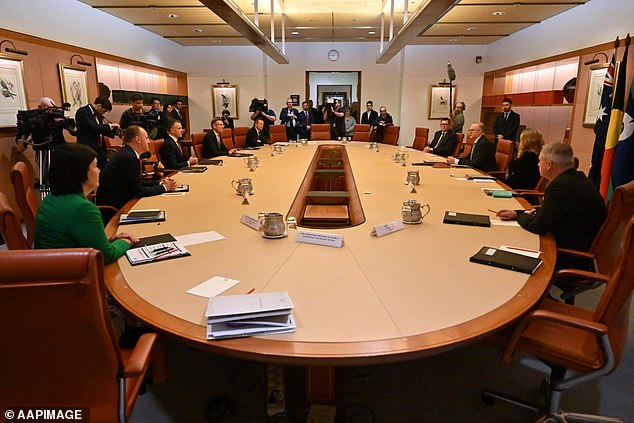 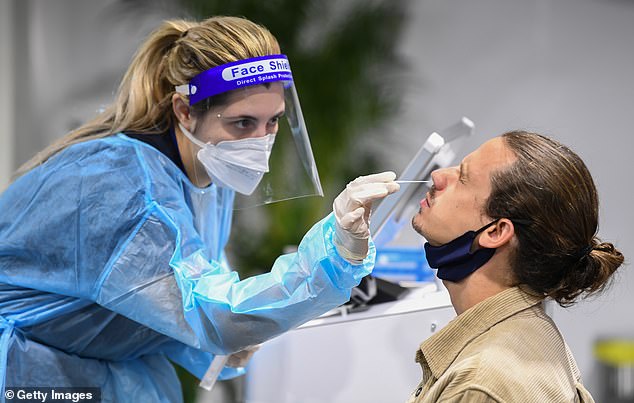 National, state and territory leaders will met on Monday to address the ongoing third wave of Covid spreading across Australia

‘This is a decision put in place by the former government,’ Mr Butler said.

‘At some point we need to recognise that it is not the financial capacity to continue emergency payments forever.’

‘The ending of those programs is not the right time,’ Mr Rockliff told reporters.

‘We’re all in this together. Tasmania is well and truly pulling our weight when it comes to supports for the community. We expect the federal government to do the same.’ 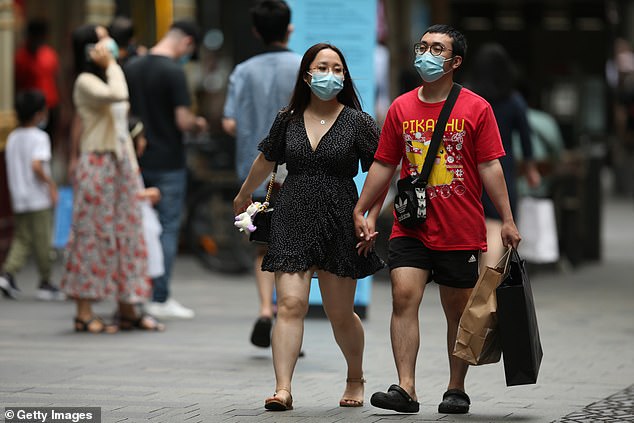 Australia recorded 47,419 new infections and 78 deaths on Thursday amid fears the country will see ‘millions’ of cases in the coming months

More infectious sub-variants of the virus are also driving case numbers nursing homes with Aged Care Minister Anika Wells saying she expects it to be several weeks before the peak of the latest wave arrives.

The government outlined its response on Thursday to how aged care facilities would manage the surge in cases during winter.

‘He is as worried about this wave as he was in December about what became the January Omicron wave,’ she told reporters on Thursday.

‘We are leaving no stone unturned ahead of our response to this current winter wave.’ 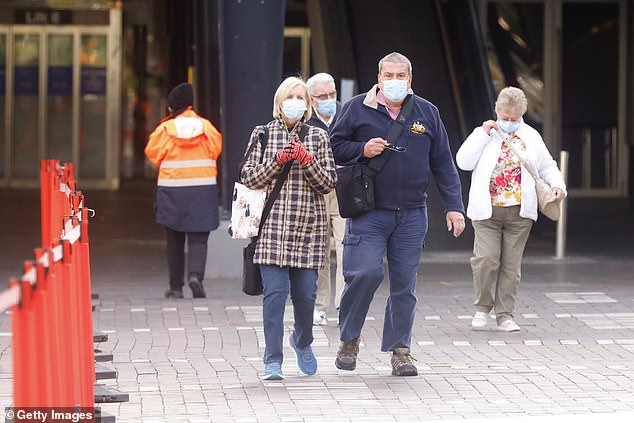 Ms Wells will meet with aged care providers from across the country next week in a bid to limit the spread of the virus in facilities.

The government’s winter plan in aged care is based around around an increase in vaccination, antiviral access, visitor and worker safety, infection control training and proactive engagement.

As of Wednesday, 819 aged care facilities across the country have an outbreak.

The weekly average of deaths in aged care has also risen, from 69 to 91, with 2141 fatalities in facilities so far this year.

Gabby Giffords: The Big Lesson from Our Progress on Guns

Connecticut: Here’s how to vote, where to vote, and what’s on the ballot.

Can You Find The Hidden For Sale Sign In This Picture Within 30 Seconds? Explanation And Solution To The For Sale Sign Optical Illusion