Veteran Nollywood actress, media personality, and lifestyle vlogger, Toke Makinwa, has revealed that she is tired of being strong and wishes she could be vulnerable with someone.

She made this known to her fans and followers in a post she made on her Instagram story.

The media personality lamented that she can’t remember what it feels like to open up and be so vulnerable with another person.

“I can’t remember what it really feels like to open up and be so vulnerable with another person, tired of being so strong. I want to feel soft again. But the way the world is set up today.”

This is coming just after the actress called out her friends for not showing her support after a new movie she featured in was released.

Toke Makinwa starred in the remake of the Nollywood classic “Glamour Girls” which was released on Tuesday, June 24.

However, the movie was met with massive criticisms from Netizens who claimed it didn’t meet their expectations.

See her posts below: 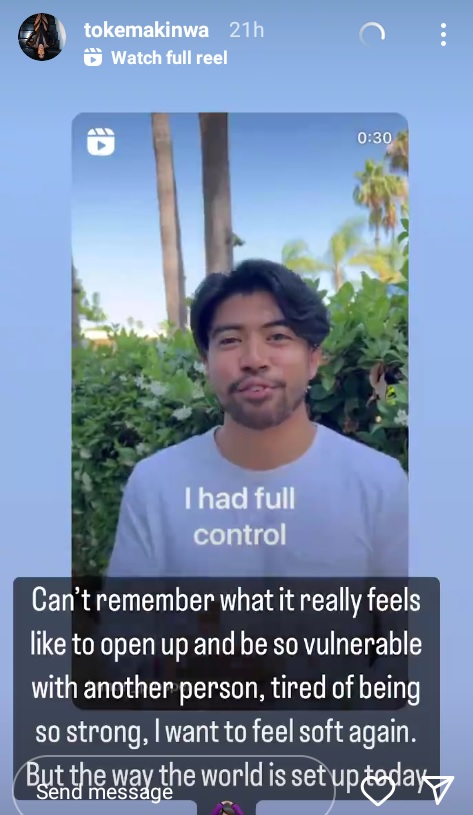 Lady Who Made Bricks to Send Herself to School Finally Graduates