Nigerian entrepreneur, Laura Ikeji has reacted after her husband talked about the recent work which she carried out on her chin.

Recall, few hours ago, Laura showed off her modified chin which got tongues wagging on social media. 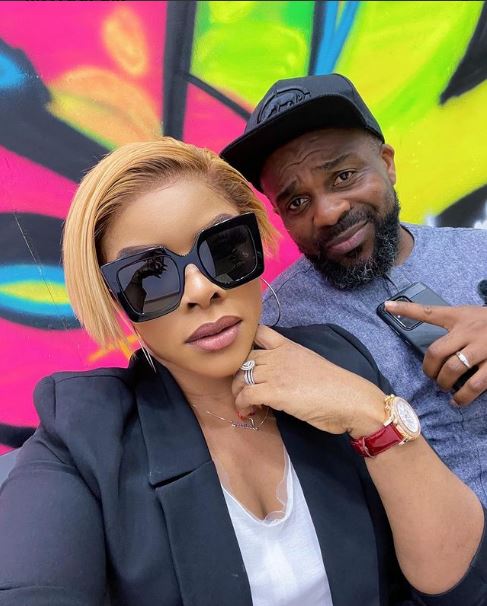 The brand influencer shared a video of herself undergoing a modification on her chin to enable it to become pointed and suit her taste.

Sharing the video, she warned people not to use abusive words on her because it is her body and her choice.

However, her husband, reacting to the chin modification, said he doesn’t see any difference.

In the short clip, the man noted that there is no difference between how it was and the present state of the chin.

According to a report making the rounds on social media, the taxi driver’s faulty vehicle caught fire and burnt to ashes which left him totally devastated. 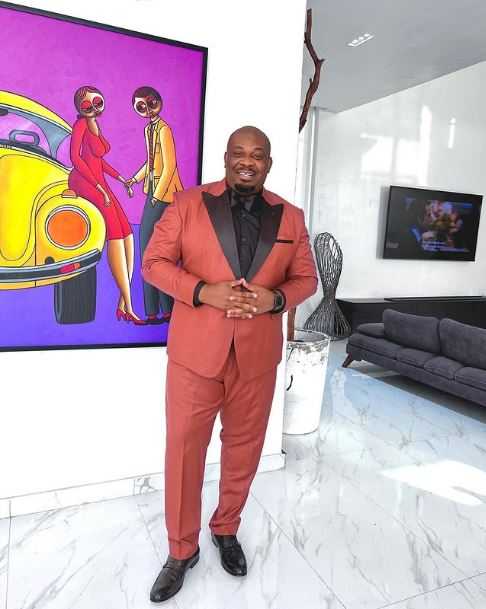 The owner of the vehicle later arrested the driver while demanding a sum of N570k for the car.

A social media user shared the story on Instagram where she pleaded for contributions from her followers. Fortunately, the music mogul saw the news and paid the whole N570k on his own.

Reacting to this, Nigerians showered praises on Don Jazzy as they recounted the times he also helped others in the past.

Marriage Is Not A Must — Music Executive, Ubi Franklin

Music executive, Ubi Franklin has asserted that marriage is not mandatory therefore it is not a must as he addressed some issues about marriage in a latest post.

Taking to his Twitter page, Ubi Franklin pointed out that some people don’t even know why they are getting married, as he claims some just want the attention on their wedding day but marriage according to him is deeper.

From his viewpoint, if you go on your knees to engage a woman and she needs people to shout ‘say yes’ before she takes the ring, then both lovers are not there yet.

The father of four indicated that we need to understand that from past experience, we date sometimes to satisfy our immediate need, not necessarily material things (money).

Part of his tweet that has generated mixed reactions online reads;

‘some stories you hear about marriage these days you will understand we need to sort some fundamental problems that are left unsaid.”

Reacting to this his commentary, one officialsamvail wrote; “Marriage is the best thing that can happen to human. The discussion should be marry your friend and be ready for the better or worse.”

bdswearsng wrote: “People have to learn to stop projecting their situations on others or as a fact”

jetprintsng wrote: “I know right ,when you have been there done that,but marriage is a beauty thing though if you find the right partner,just patience and understanding.”

temilorunare wrote; “That’s why u keep adding up ur baby mama’s huh 😒😒…no b u go tell me waiting i go do sha !!”

Marriage Is Not A Must — Music Executive, Ubi Franklin