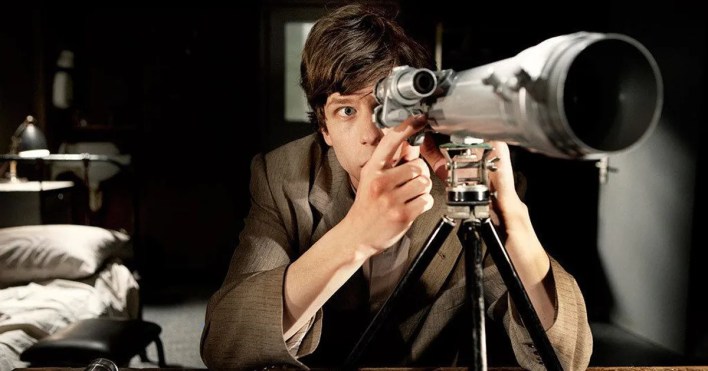 Jesse Eisenberg is an actor, writer, playwright, and director (When You Finish the World is his first feature as a director and has been receiving good buzz at festivals). His first role as an actor was more than twenty years ago, playing a teenager in the TV series, Get Real (in what was also Anne Hathaway’s first screen role). Since then, he’s done plenty of roles, using his intelligence and verbal acumen to play smart and sarcastic characters.

Eisenberg’s career has been very eclectic. He has acted in both box office franchises (Batman V Superman: Dawn of Justice) and smaller projects that can be more challenging (The Art of Self-Defense), using all his acting tools. These are Jesse Eisenberg’s best performances, ranked:

Zombieland is one of the best zombie comedies ever, as it combines gory zombie deaths with some fun gags, like Columbus’ list of “33 rules to surviving the zombie apocalypse”, while also giving the movie some heart. Eisenberg plays Columbus, the character whom those rules have helped survive. It’s then when he meets Tallahassee (Woody Harrelson) and the sister duo of Wichita (Emma Stone) and Little Rock (Abigail Breslin) as they try to stay alive.

Eisenberg is the leading man in this movie, in one of his most neurotic performances. His character might have survived the zombie apocalypse, but he still gets flustered at the sight of a beautiful woman. The actor plays insecure, witty, confident, scared, and nerdy, creating a layered performance for a character that could’ve been one-note.

Related: These are the most gruesome kills in the Zombieland franchise

The End of the Tour tells the real story of the five days Rolling Stone’s David Lipsky spent with David Foster Wallace during the press tour for Infinite Jest. Eisenberg plays the journalist role, and Jason Segel plays Foster Wallace. Segel was the one that got all the attention for his great portrayal of the unique writer, but without Eisenberg’s performance, the movie wouldn’t work. He shows the envy, admiration, and incomprehension Lipsky had for Wallace, sometimes only using a facial expression; giving a counterpoint to everything his scene partner does and says.

Louder than Bombs tells the story of Jonah (Eisenberg), who’s going back to hsi family’s house for the upcoming exhibition celebrating his mother’s photos. She died three years ago, and Jonah, his father (Gabriel Byrne), and younger brother (David Druid) might have been ignoring their feelings about her and what happened.

This Joachim Trier (The Worst Person in the World) movie is an exploration of memories, grief, and families. Eisenberg plays a character very different from the ones we’re used to from him, as Jonah is emotionally bottled, can’t connect with his family, and is unable to explain his feelings with words.

The Squid and the Whale is a movie about divorce and how it affects kids, and is set in the ’80s. Eisenberg plays Walt, the older son of Bernard (Jeff Daniels) and Joan (Laura Linney), a character who doesn’t have the best parameters to cope with divorce and everything that is happening in his life.

This is one of Noah Baumbach’s best movies, and it discusses dysfunctional families in what was one of the first roles where Eisenberg shined as an actor; able to keep up with two seasoned actors in Daniels and Linney. His character is incredibly immature, egocentric, lustful, and a liar, but we can understand why he’s that way and how his parents have influenced his every action.

The Double is a unique and strange movie. Simon (Eisenberg) has a boring life, and feels like a nobody. The girl he likes doesn’t even know he exists, and not even his mother treats him with love. All that changes the day James (also Eisenberg) appears in his life. Although they are both physically identical, they couldn’t be more different on the inside. James is everything Simon would like to be: adventurous, charismatic, and good with the ladies.

In this double duty, Eisenberg plays the passive, sad-sack Simon and also, the easygoing and confident James, giving both unique performances. The film shows all the differences between the two characters, but especially all the things that make them more similar than it seems at first sight.

In Adventureland, Eisenberg plays James Brennan, a guy that has to spend the summer working at a theme park, to get some money for college. There, he has many worthy adventures while his co-workers become his friends.

This was one of Eisenberg’s first leading roles, and he nails it. His role is smart, awkward around girls; snobby, entitled, and charming. He also finds his match in Kristen Stewart. Roger Ebert said in his review: “Here is an actress ready to do important things”, as they created one of the most charming couples in teenage films. Adventureland is one of those movies about travel being more important than the destination, as Eisenberg’s character discovers what’s important to him in life.

The Social Network is one of the best David Fincher movies, and also one of the greatest Aaron Sorkin scripts, in a match made in film heaven. Fincher’s unique direction and Sorkin’s verbal speed and intelligence made this movie one of the best of the century. It tells the story of Mark Zuckerberg as he creates The Facebook (sorry, “drop the “The”) with the direction of a thriller, and the writing of a Greek tragedy.

Eisenberg plays Zuckerberg in the role that got him his first Best Actor Academy Award nomination (the rest of the cast didn’t do so bad themselves). He plays all the layers of Zuckerberg; heartless but also emotional; nervous around people but confident around computers, and someone who doesn’t care what people think, but wants to be loved. Zuckerberg is a complicated character, and Eisenberg shows us every decision and thought process behind his every action, creating a lead character that we can understand where he’s coming from, even if we don’t root for him.

What Thor: Love & Thunder’s Reactions Reveal About The Movie

Stranger Things: Is Suzie To Blame For Billy’s Death?

Henry: Portrait of a Serial Killer’s John McNaughton and Michael Rooker are back together for Road Rage

9 Bizarre ‘Glee’ Storylines’ That Feel Like a Fever Dream