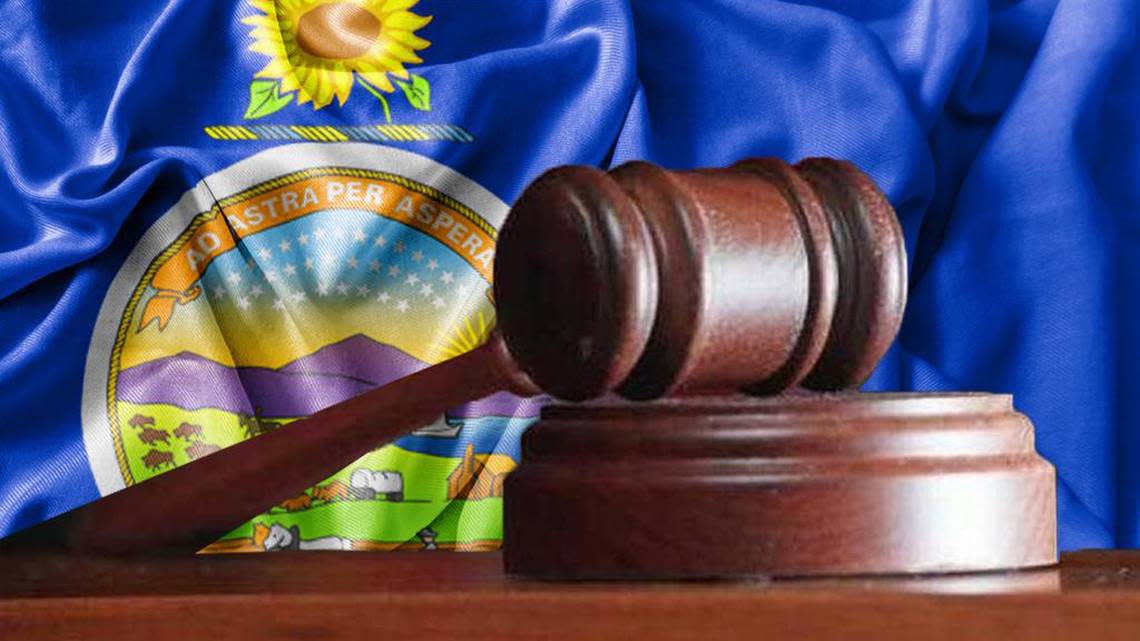 A former Overland Park church elder has been found guilty of first degree murder in the murder of his wife, whose body was found four years ago in a field in Cass County.

Robert Lee Harris, 35, was convicted on the charges Friday by a Johnson County jury. He was on trial for the murder of his wife Tanisha Harris, 38, an assistant pastor at the Church Restorers KC in South Kansas City, where Robert Harris was a church elder.

Tanisha Harris was reported missing on January 8, 2018 after she quit her job at a bank in Overland Park for lunch and never returned. Her body was found the next day in a black garbage bag in a field in Cass County.

Police first came into contact with Robert Harris when they were investigating a report of a domestic disturbance at the apartment complex the Harrises shared on the 8000 block of Perry Street. A neighbor and apartment manager reported hearing loud noises from their apartment that day.

After officers arrived on the scene, Robert Harris was found alone in the apartment, according to court testimony. They saw red marks on the carpet and broken glass on the door. Harris was arrested later that day and taken to a police station for questioning, where he reportedly informed investigators where his missing wife’s body could be found in Raymore.

An autopsy report showed that she died on January 8, 2018 from being strangled. Other injuries included head trauma and bleeding.

Authorities also allege that Robert Harris spent the morning of his wife’s death traveling to a local Walmart, where he bought a trash can, plastic bags, carpet cleaner and a filleting knife. Her body was found by investigators wrapped in a black plastic bag.

Robert Harris was due to be sentenced on November 3.

Floods, closed roads slip over the top of the South Island

Bairstow ruled out for rest of the year; some doubts over Test series v New Zealand next year

We Will Back Atiku If…