KOURTNEY Kardashian sent her fans into meltdown when she shared a photo of what they thought was a pregnancy test.

The 43-year-old reality star has faced countless rumors that she could be expecting her fourth child.

And Kourtney did little to quash the speculation on Wednesday when she shared a photo of a Covid test.

She posted it on her Instagram Stories and captioned it: “A Kourt Covid tip.”

While the photo was clearly of an antigen rapid test, it didn’t stop fans from going into overdrive with the baby rumors.

One shared the image on Reddit and wrote: “I thought that was a pregnancy test.”

Another added in a deleted post: “Oop me too!”

Her husband Travis Barker also has two children, Landon, 18, and Alabama, 16, with his ex Shanna Moakler.

After the reality star and the Blink-182 drummer got married in Portofino, Italy, Kourtney became stepmother to Travis’ teenage kids.

The Hulu star recently shared photos from her romantic vacation to Milan, Italy, with her new hubby.

In one photo, Kourtney posed by an open window and wore a curve-hugging black dress.

Eagle-eyed Kardashian fans claimed to have spotted a baby bump underneath her skintight dress.

They jumped to the comments section and begged for an update about the baby news.

“Pregnant?” asked one as another one said, “A baby?”

On the family’s reality show, viewers have been watching Kourtney’s struggle to have another baby.

Fans recently watched Kourtney’s bizarre methods as part of her attempts to become pregnant with a fourth child.

In the latest installment, she tried eating hard-boiled quails eggs.

While sitting down for lunch with Steph Shepherd, 32, she told her friend: “I have to eat quail eggs every day.”

Steph seemed concerned as she asked: “Why?” 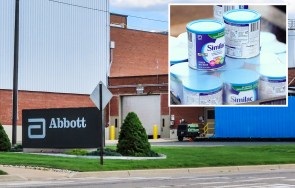 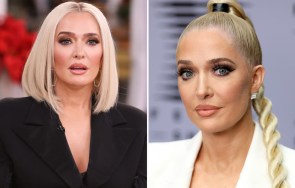 In another scene, Kourtney confessed to inserting strange objects into her vagina while trying to get pregnant again.

The TV star and Travis underwent IVF treatment in their efforts to conceive.

We pay for your stories!

Do you have a story for The US Sun team?

Andrea Kelly’s True-Life Account Of Her Marriage To R. Kelly

PICTURED: The three cops and their K9 are shot dead by ‘terrorist’ Kentucky rape suspect

Man Calmly Plays Golf As Alligator Approaches From Behind