Kenneth Ambet Owuor, a Kenyan, has turned to social media to express his landlord’s deliberate choice in his favor. 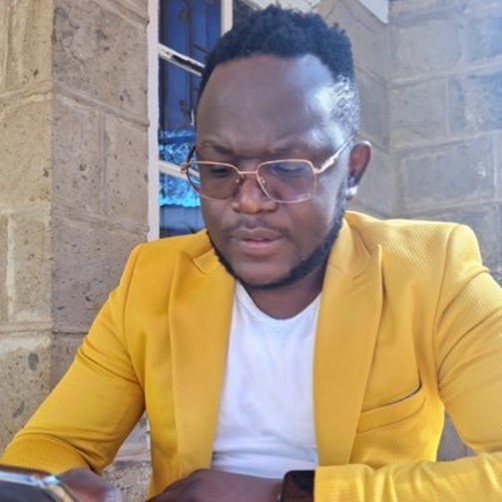 He shared a letter from his landlord, in which he was asked to review his monthly rent in light of the current economic circumstances.

Kenneth’s rent was cut by the landlord, John Mwendwa, who stated that the change would take effect on May 1, 2022, and would last until December 31, 2022.

He hailed Mr Mwendwa with the caption; ”I love my landlord.”

”Just a good man generally. Should be in public service.

During COVID he gave us a 30 percent off for 1 year.

He then reduced the rent by 3k because of a bad service road leading to the house.

Now this. Very in touch with reality.

Been living here for six years. I have seen him less than 5 times.

And he gives every tenant gifts on Christmas Day🤣”

Due to the prevailing high cost of living, your monthly rent is hereby reduced to Ksh (sic) from 1st My 2022 to 31st December 2022.

Kindly note that this reduction is applicable up to 31st December 2022.

We appreciate your continued stay with us..”

I love my landlord pic.twitter.com/ptvqzEIHHU

Feminism Is Too Toxic, I Don’t Want To Be Part Of It — Actress Bimbo Akintola

Nollywood actress, Bimbo Akintola, has announced her decision not to associate herself with anything that has to do with feminism.

Speaking in a recent interview with PremiumTimes, Bimbo Akintola indicated that she doesn’t want to be part of feminism because it is too toxic.

she said, “My passion for the girl-child and the women does not make me a feminist; I am a humanist.

I don’t like this feminist idea because I think there’s a focus on this wing of feminism that is extreme. It’s [email protected] I don’t want to be part of that. I want us to realise that you care about humans if you say you are a humanist

That means every individual: boy, girl, woman, man; everybody. My niche is the women and the girl child because there is so much to do concerning this issue in Nigeria.”

Nigerians have also shared their thoughts on her commentary. See a few reactions below;

iferolayo wrote; ‘Feminism isn’t meant to toxic, it’s certain people who have turned it into something crazy. It’s a very simple concept. There are two definitions of Feminism. The Nigerian definition and the right one 😂

stefarni wrote; ‘Feminism isn’t toxic. Rather the Fake Feminism most women especially Nigerians portray is Toxic. Real Feminism is beautiful not a competition with Men

iamrenny wrote; ‘They turned feminism to toxicity and hatred of men and if you don’t support them They would say “so much for women supporting women”

nnenna_aldo wrote; ‘All I see is a woman who doesn’t know the definition of feminism. If she knew she would know that is why she was able to go to school, has a job and can vote

Produce Evidence Of The Gun You Claim I Purchased

Controversial Nollywood actress Tonto Dikeh has lost her cool with the new revelation made by journalist Kemi Olunloyo in her new write-up.

Kemi Olunloyo took to her Facebook page to allege that Tonto Dikeh purchased a gun in Ghana some years back with the intention of shooting her ex-husband, Churchill Olakunle.

“I have the right to ask why Tonto was bragging about her ex-boyfriend’s mansion demolition. I supported Tonto Dikeh when she was going through extreme domestic violence and purchased a gun in Ghana attempting to kill Churchill her ex-husband” part of her lengthy write-up said.

The actress has taken to her page to react to the allegations leveled against her by Kemi Olunloyo. She has dared the journalist to produce proof of her allegations or deal with her.

According to Tonto Dikeh, she does not believe in wasting time in court by suing someone or reporting the case to the police. She stated that she will personally handle Kemi if she failed to show evidence of her allegations.

READ ALSO: Your N100K Did Nothing For Me – James Brown Chides Bobrisky Again For Saying He Made Him

War in Ukraine. According to Moscow, 1730 Ukrainian fighters surrendered in Mariupol

Ian Pannell Is ABC’s Foreign Correspondent, Here Is What We Know About His Wife and Children

Why cost of economy flight ticket may hit N100,000 soon

Quiz: Can you name which club Nottingham Forest sold these 23 players to from the last decade?