LONGWOOD, FLORIDA: A guy is being prosecuted for allegedly attacking his two young daughters with a gory, lethal stabbing. Juan Bravo-Torres, 39, was charged with first-degree premeditated murder and attempted murder on Tuesday, August 9, 2022, in relation to the unbelievable attack on his children on July 21, 2022, in Longwood, Florida. Eva Bravo-Herrera, age 3, was the kid killed, according to the prosecution. Her 12-year-old sister is still alive, though she is in serious condition. 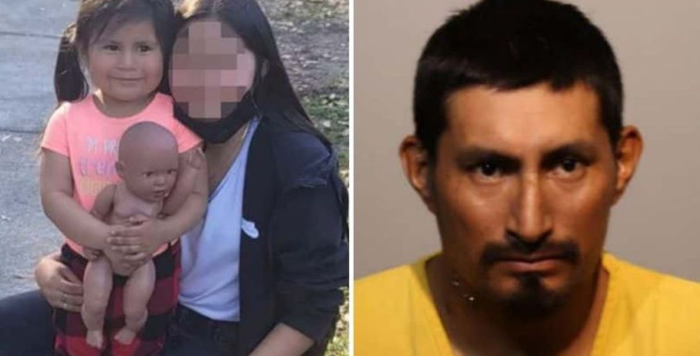 According to investigators, the 12-year-old daughter who is still alive discovered her father stabbing her when she woke up in July. The eldest daughter of Bravo-Torres admitted to the police that she was sleeping in her brother’s room when her father grabbed her by the neck. Apparently, defendant Bravo-Torres went to acquire a different knife. After leaving the room, the girl discovered her younger sister lying on the hallway floor. When the police came, they saw a significant amount of blood inside and found Bravo-Torres unconscious in the bathroom with severe torso injuries. The father allegedly tried to kill himself after allegedly slaughtering his toddler by slitting his wrists and slitting his throat, but he lived and was put in jail, according to the New York Post.

Eva was discovered dead from knife wounds by the police in the same restroom. According to police, the 12-year-old was waiting for the suspect to pass out while he laid there. She took the knife for protection once she thought he was gone, locked the restroom from the inside, and ran to the McDonald’s where her mother worked, according to the police.

Bravo-Torres had to undergo “emergency surgery,” which caused him to skip a court date last month. His new Seminole County mugshot shows what seems to be a scar below his neck. Records reveal that he is still detained by ICE in connection with the crime, according to Law&Crime.

On July 27, the suspect entered a not-guilty plea. The date of his arraignment is August 30, 2022. The 12-year-old girl was later praised by Longwood police Sgt. Derek Chenoweth for her fast thinking and bravery in the face of terrifying circumstances. The level of bravery this 12-year-old girl displayed is quite amazing, he remarked. It’s possible that grown adults were unable to make that choice. And this 12-year-old did that; as a result of her decisions, she is still alive today.

What Happened Between Daniel Petry And Gabriel Kuhl?

Where is Killer Megan Hargan Today?

“They send me when we get hit hard”: Shaun Tait in press conference after Pakistan lose to England in 6th T20I | Cricket News