A lady has shared story of how her friend called off her wedding after her would-be mother-in-law moved into her fiance’s house.

Sharing the story via Twitter, the lady identified as @Grace_undiluted revealed that the wedding was supposed to take place on the 26th of December before it was cancelled.

According to Grace, the lady’s relatives advised her to take the bold step after her fiance’s mother brought some of her belongings into the house.

Read the story below:

“So my friend called off her wedding that is supposed to hold on 26th December because her fiance said his mother decided on moving in with them after their marriage. Her fiance’s family home is in Abuja, her fiance’s own house is also in Abuja, in the same town average of 20 minutes drive.

She told him it wasn’t right but didn’t really take it serious untill last week when they went to arrange somethings and she noticed that the mother already moved in some of her things. Omo!! The daughters told the girl that she has no right to dictate where there…”

Read the full story below: 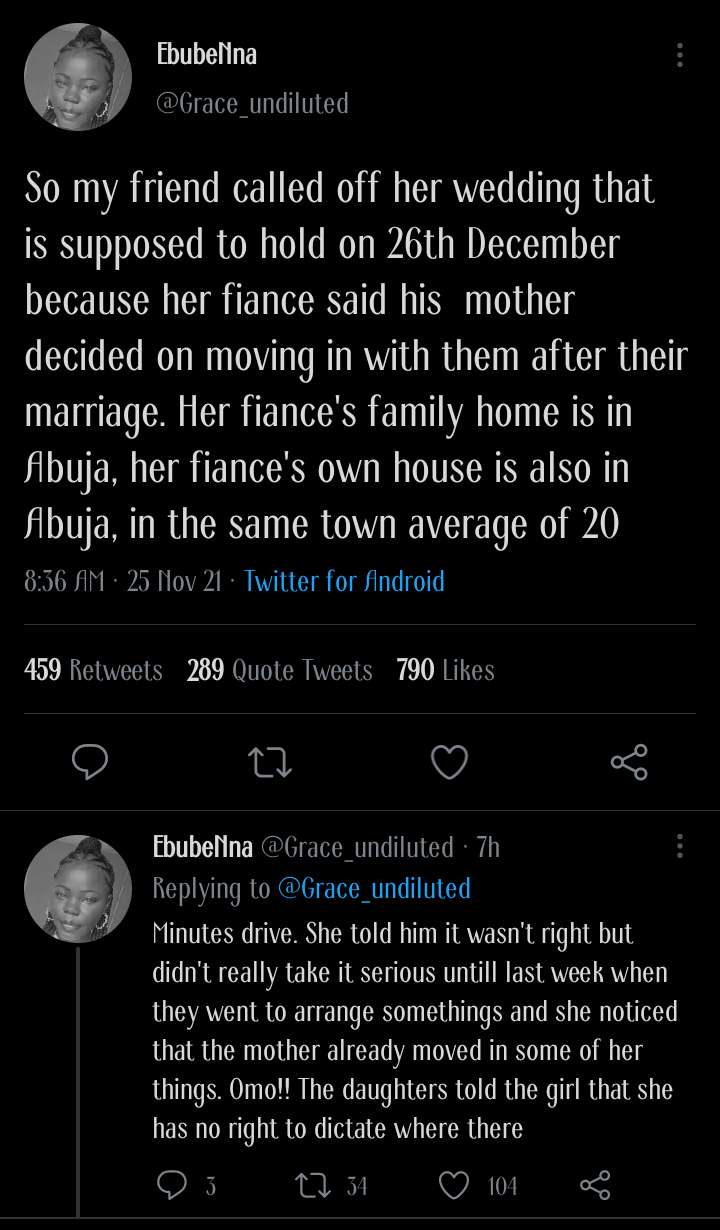 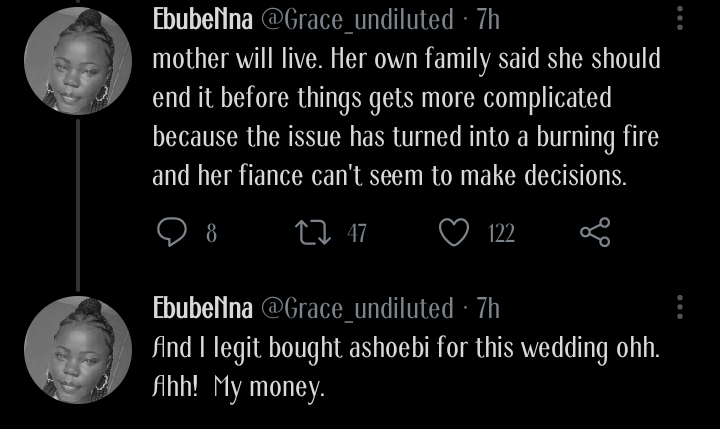 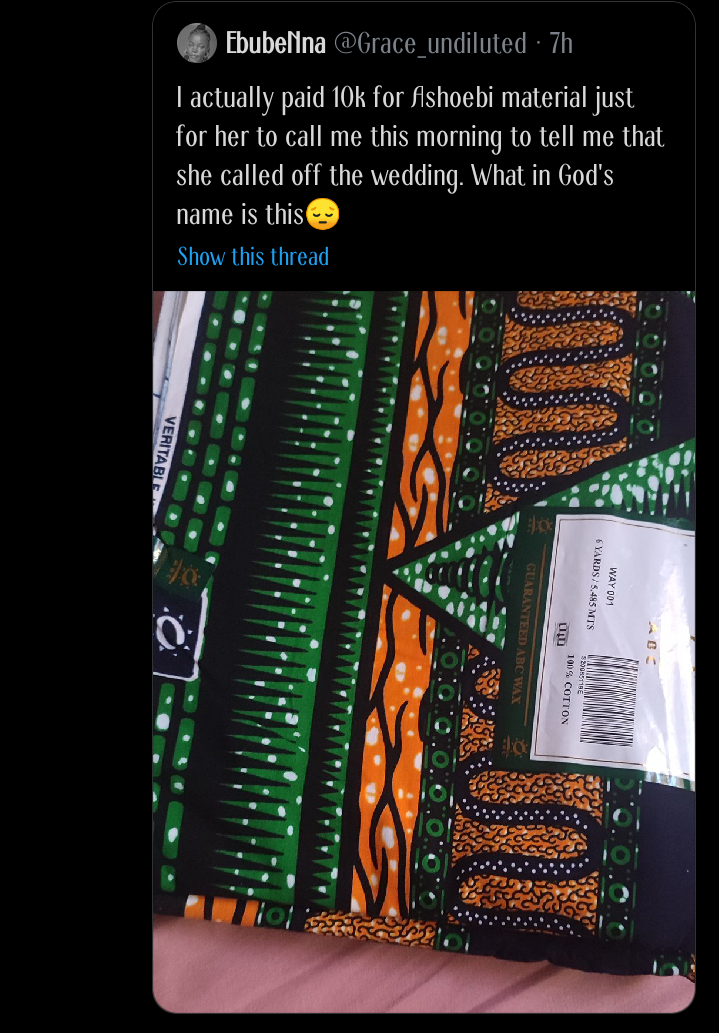 Comedian AY reacts to the increasing number of Covid-19 variants

‘Falz And Toke Are Just So Funny’

I went through life alone, nothing you say can shake me

Psquare brothers, Peter and Paul Okoye meets with their fans in Sierra Leone

Man blasts Nigerian musicians over the content of their songs