Late Osinachi Nwachukwu’s mother has finally spoken up following the death of her daughter, Osinachi to alleged domestic violence.

In a recent interview with BBC News Pidgin, the grieving mother narrated everything she knows about the deceased artiste before her sudden death. 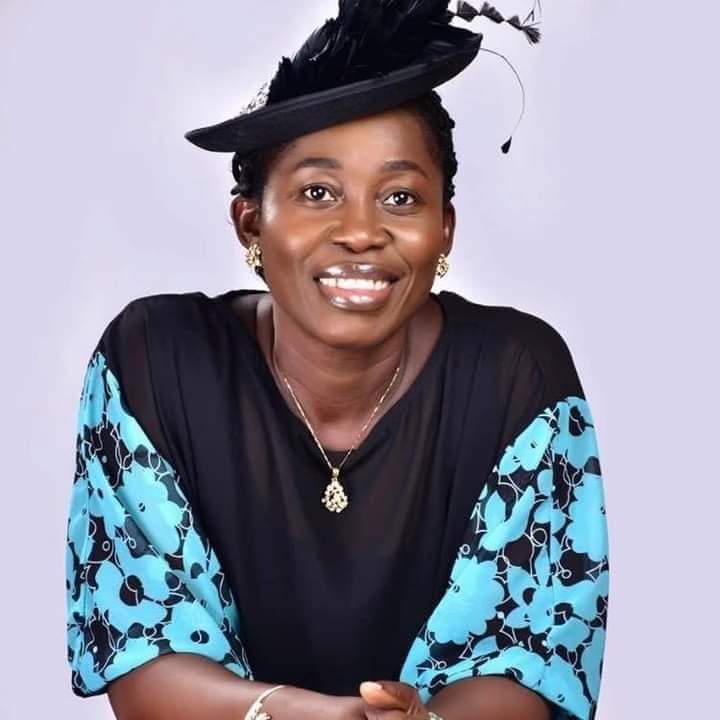 “When Osinachi gave birth, her husband did not inform me. It was even after eight (8) years I saw her again.” The mother stressed the fact that she missed doing the traditional ‘omuguo’ for her first two grandchildren because of the kind of husband her daughter married.

She said, “it will have been better if Osinachi did not marry in the first place because I don’t understand the kind of union she found herself.”

The mother again revealed that if not for the intervention of Pastor Paul Enenche’s wife, Mrs Becky, she might not even set her eyes on her daughter at all after marriage.

She said the first time she visited the deceased, she roughly spent a month there before her husband sent her away.

As we speak, law enforcement officers attached to Abuja’s capital have confirmed the arrest of the principal suspect (Osinachi’s husband).

My Goal Is To Stay Abroad And Pray For Nigeria’

Taking to his Instagram story, Roy disclosed that his goal presently is to stay abroad and pray for Nigeria.

Social media users concurred in his thoughts. One Krisfun wrote; ‘I think this should be everyone’s goal by now because the rate of insecurity in this yeye country is alarming.’

shopkahdsole wrote; ‘Honestly 😂😂😂…. Currently in the abroad…and i wish this vacation is actually a ‘living’ for me

amaradorisangel wrote; ‘And people like this are the ones always supporting One Nigeria. If Igbos want to seek independence and leave Nigeria they will be insulting the person.

Meanwhile, Nigerians have reacted differently to the response, entertainer, Davido gave to some elderly women who quizzed him about the well-being of his third baby mama, Chioma Rowland.

A video shows Davido as he just entered the home, was seen prostrating for some old women while greeting them.

As is customary, the women inquired about various persons in his life, from his son, Ifeanyi, to his baby mother, Chioma Rowland.

When Davido was asked, “How is Chioma?” he didn’t respond directly, and that has triggered reactions from fans with some pointing out that most problems are caused by women.

See some comments below;

ababe wrote; ‘She was the one he took there the last time he visited so it’s normal for them to ask after her Awww🔥 chioma is fine ma👏👏👏 na only chioma Dey know o😂.’

Feminism Is Too Toxic, I Don’t Want To Be Part Of It — Actress Bimbo Akintola

Nollywood actress, Bimbo Akintola, has announced her decision not to associate herself with anything that has to do with feminism.

Speaking in a recent interview with PremiumTimes, Bimbo Akintola indicated that she doesn’t want to be part of feminism because it is too toxic.

she said, “My passion for the girl-child and the women does not make me a feminist; I am a humanist.

I don’t like this feminist idea because I think there’s a focus on this wing of feminism that is extreme. It’s [email protected] I don’t want to be part of that. I want us to realise that you care about humans if you say you are a humanist

That means every individual: boy, girl, woman, man; everybody. My niche is the women and the girl child because there is so much to do concerning this issue in Nigeria.”

Nigerians have also shared their thoughts on her commentary. See a few reactions below;

iferolayo wrote; ‘Feminism isn’t meant to toxic, it’s certain people who have turned it into something crazy. It’s a very simple concept. There are two definitions of Feminism. The Nigerian definition and the right one 😂

stefarni wrote; ‘Feminism isn’t toxic. Rather the Fake Feminism most women especially Nigerians portray is Toxic. Real Feminism is beautiful not a competition with Men

iamrenny wrote; ‘They turned feminism to toxicity and hatred of men and if you don’t support them They would say “so much for women supporting women”

nnenna_aldo wrote; ‘All I see is a woman who doesn’t know the definition of feminism. If she knew she would know that is why she was able to go to school, has a job and can vote

Apple Says Credit and Debit Cards Can No Longer Be Used for Purchases on App Store in India: Story in 5 Points

My Goal Is To Stay Abroad And Pray For Nigeria’