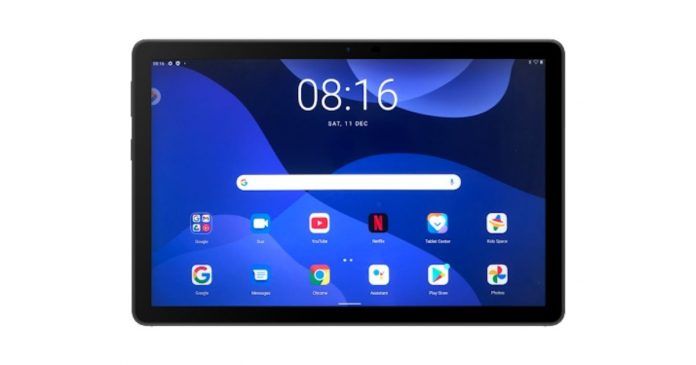 The upcoming budget centric tablet from Lenovo has been spotted on Google Play Console revealing some key specifications like RAM, processor, Android version, screen resolution, and GPU. Let’s take a look at everything we know so far about the 3rd generation Lenovo Tab M10.

The Google Play Listing reveals that the device will come with 1200 x 1920 with 240 ppi pixel density, which is a Full HD resolution. For context, the last-gen Lenovo Tab M10 has launched in two variants 一 an HD resolution variant and a Full HD variant. Further, the listing also confirms 4GB of RAM on the new Tab M10. Interestingly, it looks like Lenovo is bringing a custom made chipset called the Socionext SC1408AJ1. This is a quad-core chipset with two ARM Cortex-A72 and two ARM Cortex-A53, both clocked at 1.1GHz. The CPU is paired with Mali T820 GPU with a clock speed of 650Hz. 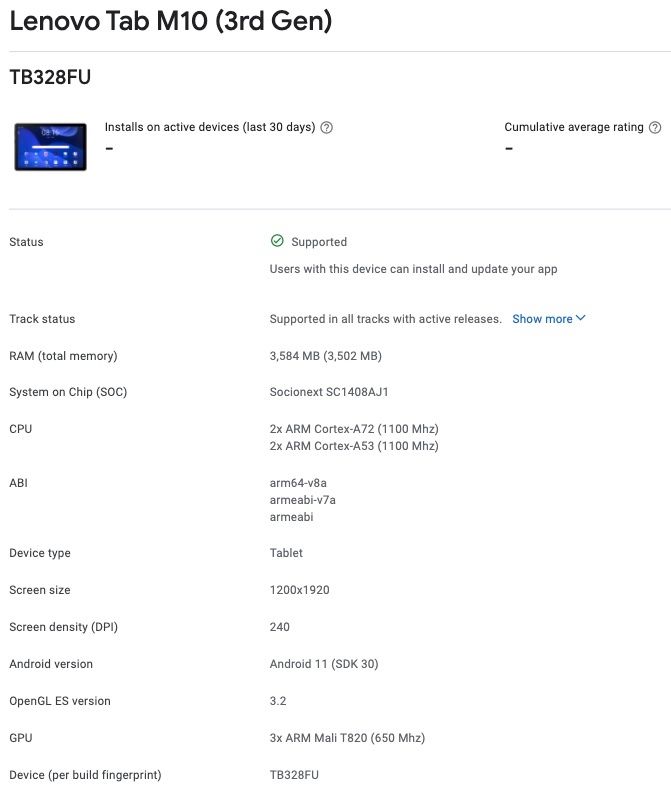 On to the software, the Tab M10 (3rd Gen) will boot Android 11 out of the box and the screenshot of the tablet reveals a bunch of Google apps pre-loaded such as Duo, Kids Space, Messages, Photos along with 3rd part app like Netflix. The 2nd gen Tab M10 was launched in both Wi-Fi only and LTE options and we can also expect the same with the Lenovo Tab M10 (3rd Gen).

For now, there is no word from Lenovo on the launch date of the Tab M10 (3rd Gen). Since the tablet has been spotted on the Google Play site, it should be made official in the coming weeks.

With YouTube Premium, you have exclusive premium contents without ads including Y0uTube Original Movies accessible only by premium subscribers or listen to millions of songs without ad interruptions.

However, you can only pay through a monthly subscription. But something is changing, Google has quietly rolled out an annual subscription for YouTube Premium.  So instead of subscribing monthly, you can simply opt in for the Annual subscription since it saves you some cash in the long run.

If you aren’t currently subscribed to either YouTube Music or Premium, getting the new annual plan is pretty easy. Just signup as you would, and in the process you’ll see an option to choose monthly or annual subscription.

Annual plans are only for individual subscribers and it’s available in the following countries: United States, Canada, Mexico, Brazil, Russia, Turkey, Germany, Thailand, India, and Japan. Those new to Premium can sign-up on Android or the web (iOS excluded) by:

How much is Premium Annual Subscription? 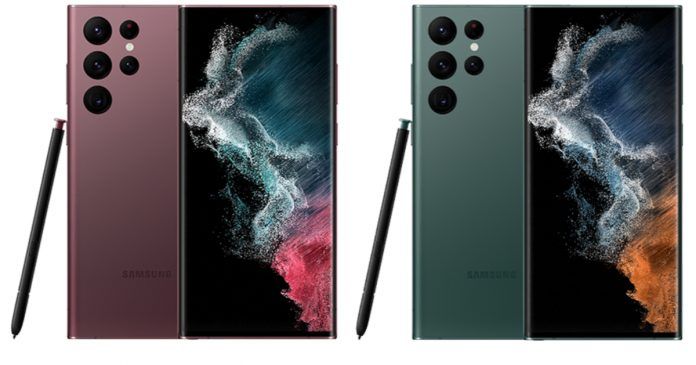 Tipster Ishan Agarwal has shared the device’s design renders with MySmartPrice. The images not only confirm some of the previous leaks but also reveal some key details of the top-end Samsung flagship. Let’s take a look at the Samsung Galaxy S22 Ultra design images, specifications and other details.

Samsung Galaxy S22 Ultra will feature a rectangular boxy design, similar to what we have seen on the now-dead Galaxy Note series. The phone will fill the Note lineup’s void by offering S Pen support and, more importantly, a slot to store it. Agarwal claims that the latency on the S Pen for the S22 Ultra will be 2.8ms, which is the lowest so far.

The images reveal that the phone has a quad-camera setup on the back. Agarwal also shared the key camera specs and features of the device with MySmartPrice. The phone will have a 108MP Super Clear Lens main camera and a 12MP ultrawide camera. It will also have two 10MP telephoto camera sensors, which are likely to offer 3x and 10x optical zoom support. The camera will support 12-bit HDR recording and also feature auto-frame rate support.

At the front, there will be a 6.8-inch 2X Dynamic AMOLED display with a 2K resolution of 1440 x 3088 pixels. It will have a 120Hz refresh rate support and a hole-punch cutout at the top-center for the 40MP front camera. The screen will use LTPO technology to switch between 1Hz and 120Hz refresh rate. It will also have a layer of Gorilla Glass Victus for protection against scratches and accidental drops.

The device will weigh about 228 grams and measure 163.3 x 77.9 x 8.9mm. It will have an IP68 rating for water and dust resistance. The phone will also support 45W fast charging, 15W wireless charging for the 5000 mAh battery. For audio, there will be AKG-tuned dual speakers with Dolby Atmos. The device will run Android 11-based OneUI 4.1 out of the box.