A Nigerian man has sent his girlfriend out of his because she was purportedly misbehaving. 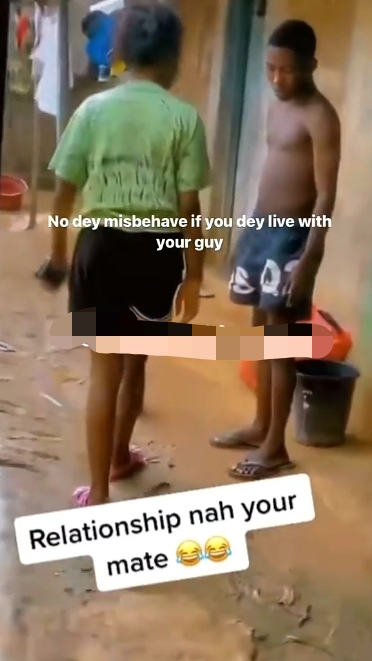 The furious man packed all his girlfriend’s belongings, put them in a black polythene bag and told her to leave his house in broad daylight while onlookers were watching.

His friend who recorded the video as well as the man were both livid and they expressed their displeasure.

In the viral video, the lady could be seen calmly packing her things and leaving the boyfriend’s house while they camera man mocked her.

Although the main reason for sending the girl packing was not disclosed by the livid boyfriend nor his friend.

Should You Buy LTC If It Consolidates At Key Resistance?

Liz Cheney Loses Her Seat in 4 Days, And She Just Got Hit With Worst News Yet…

A Model Family Ending, Explained: Who is the Mole? Who Killed Han-cheol?