‘Thank f***!’: Man United fans rejoice at the news Adrien Rabiot’s £15m move from Juventus could be on the brink of collapse as they call him the ‘wrong type of player’ to fix Erik ten Hag’s midfield

By Adrian Bishop For Mailonline

Manchester United fans have taken to social media to rejoice as the club’s move for Juventus midfielder Adrien Rabiot appears to have stalled.

Earlier this week Juventus agreed a deal worth £15million for the French international that would see Rabiot make the move to Old Trafford, while negotiations on personal terms have been ongoing since.

However, reports suggest that Rabiot’s mother, Veronique Rabiot, who also serves as the player’s agent, has been demanding a significant increase on the 27-year-old’s current wage at Juventus for any prospective deal to go through. 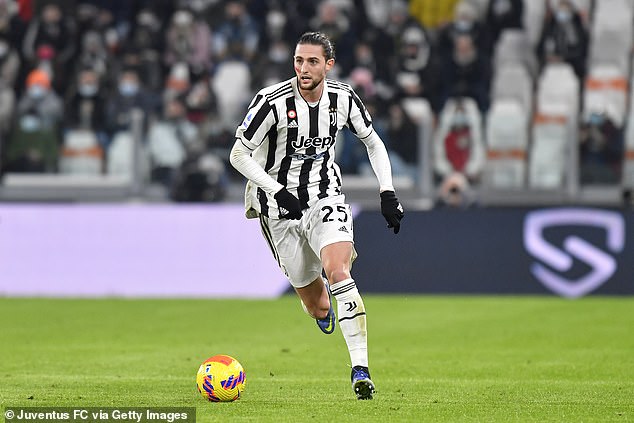 With the ongoing contract negotiations leaving the move in serious doubt, United fans on social media have expressed their excitement at the news.

@buckko7 was happy that the deal would not go ahead based on the reported wage demands of the player: ‘If he wants a fortune in wages personally I would rather we walked away.’

Likewise another user was pleased that the club had not given into the player’s demands: ‘Literally where is the decisiveness? If someone’s trying to hold you over a barrel demanding something that’s obviously unpalatable, you walk away. Simple.’

United had initially shown an interest in Rabiot after their on-again-off-again deal for Barcelona’s Frenkie de Jong hit a stumbling block last week.

Erik ten Hag is reportedly an admirer of the former PSG midfielder, and had spoken to Rabiot over the telephone regarding a potential move.

The French international has found himself frozen out at Juventus, and with only one year left on his deal at the Turin club, a move to Old Trafford represents an opportunity for Massimiliano Allegri’s side to acquire a fee for the player before his contract expires.

H&M launches its e-commerce in Israel

‘A bit of a scramble’: Wisconsin players and coaches have been riding an emotional rollercoaster since Sunday