A Tesla owner was caught on camera nodding off while being driven by his self-driving car. 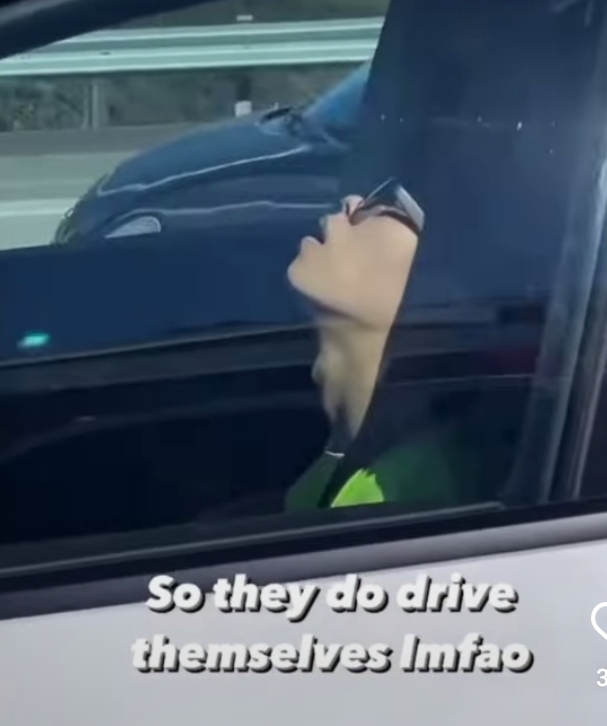 The fact that the driver of the Tesla was busy dozing off while the car was traveling at a high rate of speed on a highway astounded other drivers.

When another motorist approached, they displayed the man sleeping with no worry or concern that any unforeseen event might happen by tilting his head back and laying it on the upper section of the seat he was seated on.

The fascinated individual who captured him shared the video with the caption; ”So they do drive themselves.”

Tesla is an electric vehicle produced by Elon Musk, a billionaire, and his company Tesla Inc.

The Try Guys’ Ned Fulmer Admits to Having Workplace Affair: His Future within the Group Revealed