The company has confirmed that the Razr 3 is coming soon. However, there is no word on the official launch date at the moment. While we wait for that, a new report by XDA has leaked the key specifications of the upcoming Motorola Razr 3 foldable phone. Let’s take a look at the Motorola foldable smartphone’s specs and features leaked ahead of the launch.

Motorola will make significant improvements in the performance unit of the Razr 3, according to a newly leaked spec report by XDA. The report states that the foldable phone will come with the top-of-the-line Snapdragon 8 Gen 1 SoC under the hood. This will be a huge upgrade over the previous two generations, which have relied on a Snapdragon 7-series chip at heart. The original Moto Razr 2019 came with a Snapdragon 710 SoC, whereas the 2020 model was launched with a Qualcomm Snapdragon 765G chipset.

The report further states that the phone will come in 6GB/ 8GB and 12GB RAM options. The foldable phone will also come with 128GB/ 256GB and 512GB storage options.  It will boot Android 12 out of the box. We can expect the device to have a layer of MyUX on top of Android, which offers some custom features over stock Android.

The device will have a Full HD+ foldable AMOLED display. It will also come with support for a 120Hz refresh rate. At the top centre, there will be a hole-punch cutout for the front camera. The device will also come with additional camera sensors on the cover screen, details of which remain unknown at the moment. In addition to this, the Razr 3 will also support NFC, ultra-wideband, etc.

With the leaked specs, it seems like Motorola is aiming at offering a truly-flagship experience with its upcoming foldable smartphone. It would be interesting to see how the company prices the device to compete against the Galaxy Z Flip 3. Samsung’s clamshell foldable phone is priced at Rs 84,999 in India. It comes in two variants, with the 256GB model priced at Rs 88,999.

Just Corseca, a consumer electronic company, has launched a new salt-water resistant smartwatch – Ray K’anabis. With this device, the company targets athletes, hikers, and others.

The smartwatch features a unibody design that can be inundated in water to 1.5 meters for half an hour, claims the company. The device can display the sports data, view your pace, distance, as well as your exercise route map.

The watch also comes with features like music control, camera control, find my phone, and others.

Available in two colors — Black and Green, Just Corseca Ray K’anabis is priced at Rs. 8,999 and available for purchase at all online and offline stores.

The smartwatch industry is fast-paced and registering a growth of 110 per cent YoY in 2021, And, Just Corseca aspires to be in the top league. With this new range of smartwatches, we are confident of yet again meeting the customers’ expectations and replicating the success story in the Indian market. The product would have the same functionality as a standard Just Corseca watch but with extra salt-water resistance. The latest Just Corseca watch models are salt-water resistant to 1.5 meters for half an hour.

Micromax In Note 2 4G Launching in India on January 25 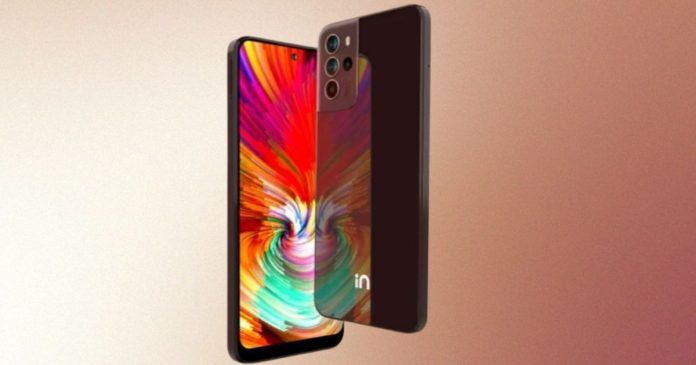 Micromax is gearing up to launch a new smartphone in the Indian market. The Micromax In Note 2 will launch in India on January 25. The company has confirmed the launch date of its upcoming handset via its official Twitter handle. Apart from the launch date, the teaser published by Micromax also reveals the design and colour variants of the In Note 2. Lets take a closer look at the Micromax In Note 2, and what we know so far.

Micromax In Note 2 to be Sold via Flipkart

The Micromax IN Note 2 will have a “Dazzling Glass finish,” according to the tweet. While the company has not revealed any specifications of the device, it does appear to have a glass back. The teaser gives us the first look at the In Note 2, revealing a punch-hole display with narrow bezels on three sides and a fairly large chin.

The phone will be sold via Flipkart, and the design resembles the Samsung Galaxy S21 series in certain aspects. The In Note 2 may arrive in two colours blue and brown, feature what appears to be a quad-camera setup and the ‘in’ branding at the rear.

While we do not have any more information regarding the phone right now, we may see some more details regarding the smartphone as it is inching closer to launch.

The predecessor, the Micromax In Note 1 features a 6.67-inch Full HD+ IPS display with a maximum brightness of 450nits and a 21:9 aspect ratio. Under the hood, the phone has the MediaTek Helio G85 processor coupled with 4GB of RAM and up to 128GB of internal storage.

The handset boasts a quad-camera setup comprising of a 48MP main sensor, a 5MP wide-angle lens, a 2MP macro sensor, and a 2MP depth shooter. On the front, there’s a 16MP shooter for selfies and video calling. The Micromax In Note 1 packs in a 5,000mAh battery that supports 18W fast charging.

Metallica, the Strokes, Foo Fighters to Headline Boston Calling 2022 Festival; Rage Against the Machine Pull Out

Slamdance Keeps Its Edge With Buzzy Titles and Crypto Tech

‘How the Hell Did We Do That?’: Emma Thompson, Daryl McCormack and Sophie Hyde Talk Shooting ‘Good Luck to You, Leo Grande’ In 19 Days