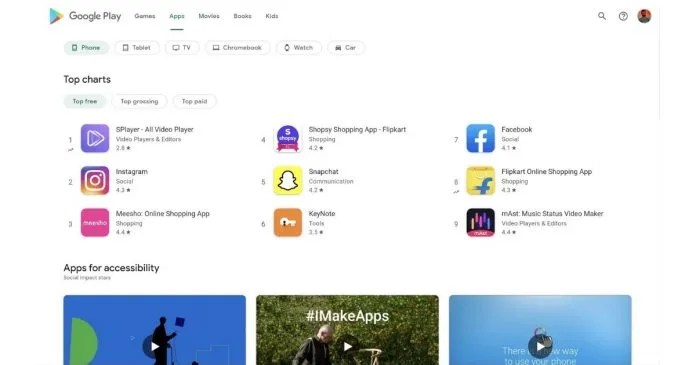 The Google Play Store website’s new and refreshed UI is finally rolling out in India. The redesigned UI initially started rolling out in November 2021. The rollout was initially limited to some countries like Korea and Taiwan.

Now, after more than five months since the first rollout, the Play Store’s new website with a modern look and feel is available in India as well. The major redesign for the website brings a lot of visual changes and it also brings a bunch of Google’s Material Design goodness. Let’s take a look at all the new changes and design overhauls that the new Google Play Store website has to offer.

The Web design is also in line with the Google Play Store app on Android devices and now, both look more streamlined. The new UI completely removes the nested sidebar and the top navigation bar replaces it. The Google Play logo sits on the top left and next to the logo you can choose five main sections 一 Games, Apps, Movies, Books, and Kids.

Under the main sections, you will find the device categories such as Phone, Tablet, TV, Chromebook, Watch, and Car. While this is for apps, for the games section, you get the same options, but Watch and Car. For the apps and games, you get three subcategories each 一 Top free, Top-grossing, and Top paid, making it easier to find the apps. The update moves the search bar to the top right corner, which otherwise was in the centre. The sidebar, which kept all the account-related details is now moved to the Google Account switcher. You can just click on your profile photo in the top right corner to access a bunch of options like Library & devices, payment & subscriptions, My play Activity, Offers, Play Points, Family, and Settings.

Coming to the individual app screen, The redesigned here looks like an extension of the phone’s view. The name of the app now comes in an extra-large size with a featured image or a video, depending on the app. The first Quickview gives you a glimpse at the rating, the number of downloads, Age, Install and wishlist button. If you scroll down, you will get some screenshots of the app with the app’s description. Below this, you’ll get reviews and developer details. On the right sidebar, you will get redesigned app suggestions. For games, the trailer will play automatically.

The Library option shows you all the Games, Apps, Movies, and Books you’ve downloaded to purchase in the past. Also, it will display your wishlist items and devices list. Lastly, the Kids section comes with age-based filters for apps and games. 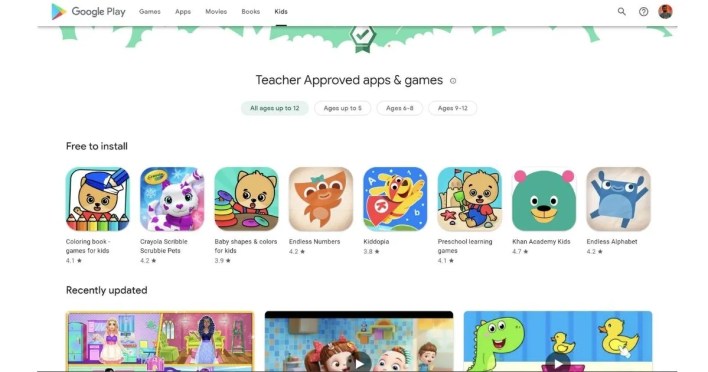 Overall, the redesign of the Play Store web looks quick smooth and the new UI is a welcome change given that it was long overdue. The overblown desktop site now has a much better scaling and border view making it much easier to deal with. As of now, it looks like the Google Play Store web UI is rolling out in India as a part of the server-side update and more users should receive the update in the coming days.

Apple Back to School offer: Discounts, Free AirPods with select Mac or iPad models for college, school students in India

Noise Nerve Pro with up to 35h playtime, fast charge launched at an introductory price of Rs. 899