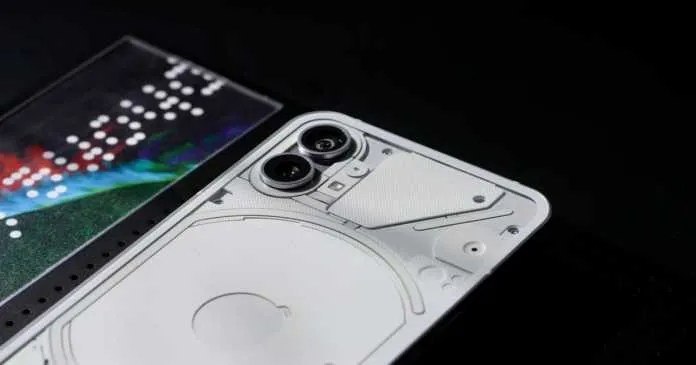 Nothing Phone (1) is set to make its global debut on July 12. The company has started teasing the key features of its upcoming smartphone ahead of its launch. The key USP of the Phone (1) is its design. The phone has a transparent back with multiple notification lights. Other than the design, the company has confirmed a couple of key features.

Nothing previously confirmed that the phone will draw power from a Snapdragon processor. It did not reveal the exact details at the time. Today, thanks to a Geekbench listing, we know the processor details of the device. Let’s take a look at the Nothing Phone (1) specifications, features and other details revealed via Geekbench.

It further revealed that the smartphone will come with an Adreno 642L GPU. The variant listed on Geekbench has 8GB of RAM. We can expect Nothing to launch the device with 6GB and maybe even 12GB of RAM.

The device scored 797 and 2803 in Geekbench’s single-core and multi-core tests. It runs Android 12 out of the box. Nothing has confirmed that the phone will have a layer of Nothing OS on top of Android.

The Phone (1) will also come with a dual-camera setup on the back. There is no word on the camera sensor details at the moment. At the front, there will be a hole-punch display. The cutout is located at the top left corner of the screen. Nothing’s smartphone is rumoured to sport a 6.55-inch Full HD+ OLED display with a 120Hz refresh rate support. The phone is said to support 45W fast charging and is confirmed to feature wireless charging.