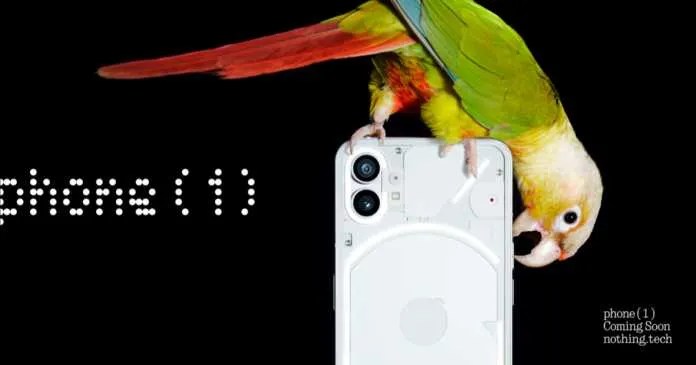 Nothing will open a special Phone (1) pre-order window for its community members in the UK ahead of the official launch on July 12. The company will send a private code to community members. This pre-order code can be entered on the Nothing website. Community members who get the code need to remember that it expired in 48 hours.

A limited number of units of the Phone (1) will be available for pre-order. Nothing has also revealed that those who pre-order the device will get a £20 coupon discount on any Phone (1) accessory or  Ear (1) when ordering.

There is no word on whether the smartphone will be available for pre-order in any order market outside Nothing’s home country, which is the UK.

We know that the phone will be available for purchase in India soon after its launch via Flipkart. However, the exact sale date remains unknown.

Regarding the specifications, the Nothing smartphone was spotted on Geekbench earlier today. It revealed that the device will draw power from a Snapdragon 778G+ SoC. It will come with at least 8GB of RAM. As confirmed previously, the device will boot Android 12 out of the box with a lawyer of Nothing OS on top.

The device has a transparent rear panel with multiple LED strips. It also sports a dual-camera setup on the back. The phone will come with a hole-punch display and wireless charging support. What are your thoughts on the Nothing smartphone? Let us know in the comments below.