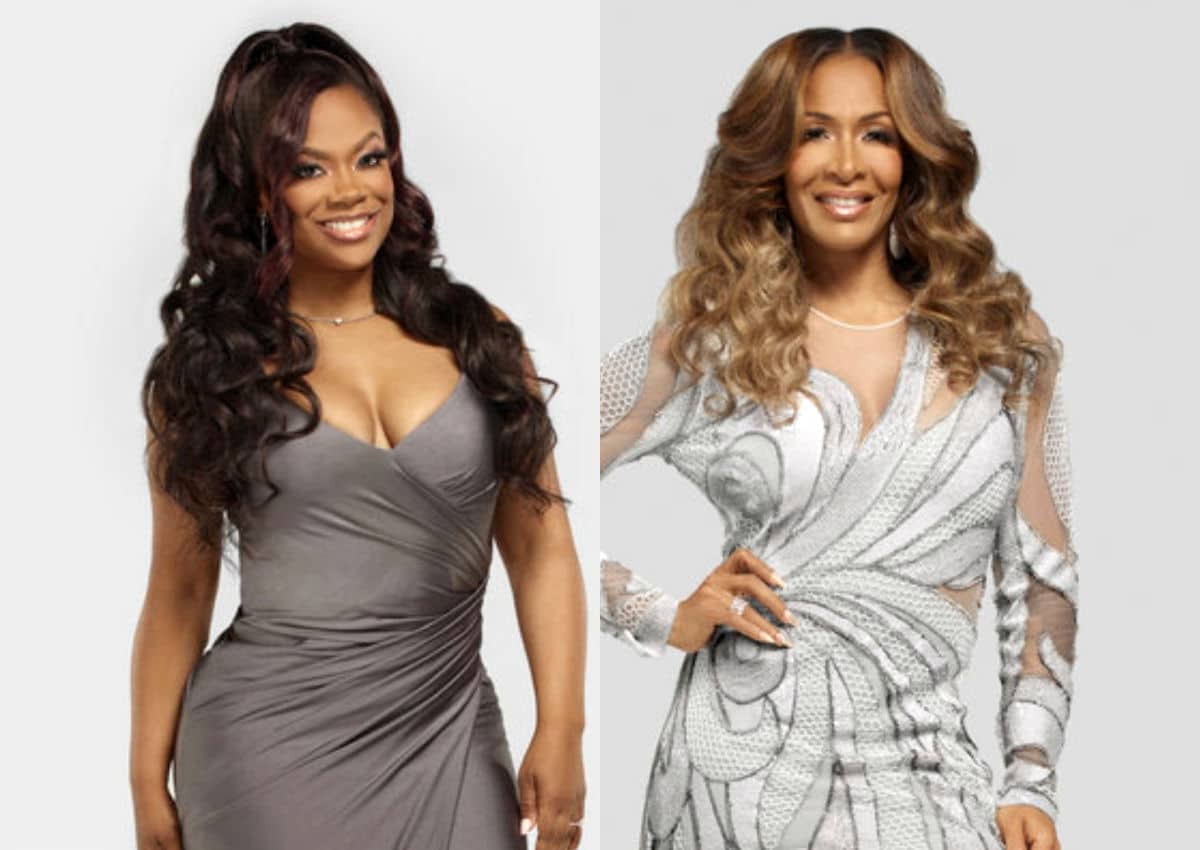 Real Housewives of Atlanta star Kandi Burruss is calling it as she sees it. Viewers and Kandi alike were amazed by Sheree Whitfield‘s finally finished “Chateau Sheree,” but the Bravolebrity isn’t quite letting Sheree off the hook just yet. Kandi has questions.

In a new interview with @TheJasmineBrand, Kandi questioned where exactly Sheree scraped up the money to pay for all the opulence and lavishness the house has to offer. She even insinuated that the money came from Sheree’s ex-beau, Tyrone Gilliams.

“I hate to ask this question, but I’m going to ask the question a lot of people are going to ask,” Kandi said. “When she starts talking about the money that she paid for the $10,000 dollar chandelier, the $7,000 dollar this, like, was this the Tyrone money paying for this?”

Kandi continued by saying that Sheree was “going to be mad as hell at me for saying this, but like realistically, was it another secret boo that we don’t know about? She said she was holding out for Tyrone while the house got done and the house got done.”

Kandi continued by questioning Sheree’s means of income, recalling that Sheree hadn’t been on RHOA for some time and wasn’t receiving that Bravo paycheck.

Kandi did go on record to say that Sheree’s house was absolutely stunning and came with “all the bells and whistles.”

“But let me tell you, when I say that house is fabulous, it is fabulous. Like it’s got all the bells and whistles.”

“Where was the $10,000 chandelier checks coming from? I’m just curious!” Kandi said while laughing.

“I’m just speaking for the people, cause the people want to know,” she exclaimed.

Then, they got on the topic of Sheree’s infamous She by Sheree fashion line. Kandi did not mince words on the current state of the troubled business brand that fans are seeing trying to make a comeback this season.

The Real Housewives of Atlanta is currently airing Sundays at 8 p.m. EST on Bravo.

A year after Afghanistan, spy agencies are turning to China

Scoob! Holiday Haunt Gets Score Recorded Despite Film Getting Axed

Who Is Jacqueline Dahlstrom? Everything To Know About CrossFit Games Athlete Biography & Relationship