A 34-year-old man, Vincent Chikeluba has been arraigned before an Ojo Magistrates’ Court in Lagos, accused of attempting to strangle his mother, Chinwe Chikeluba.

The defendant, who appeared before Magistrate D. S. Odukoya, pleaded not guilty to the three-count charge of assault, stealing and causing a breach of the peace.

The prosecutor, Dr Simon Uche, Tuesday told the court that the defendant committed the offences sometime in February.

According to prosecution, the defendant also assaulted his mother by grabbing her throat with intent to strangle her.

“He also caused a breach of peace by chasing his mother away from her house,’’ the prosecutor said.

When asked by the court to narrate the incidence, the complainant (Mother) told the court that the defendant, her son, has been violent and had always threatened her.

The plaintiff told court that since the demise of her husband, the defendant had persistently asked her to pack her things and relocate to the village, adding that this was just one of such episodes of his violence.

The court granted the defendant bail in the sum of N100,000 with two sureties in like sum.

Odukoya adjourned the case until May 6 for trial.

The Appeals Committee for the Ad-hoc Delegate Congresses of the ruling All Progressives Congress (APC) in Kaduna State, has upheld the Congresses in the state.

The party had last week conducted its congresses to elect local government, state and national delegates.

The exercise it was gathered was done by consensus in accordance with APC’s elections guidelines and constitution across the 23 local government areas.

Addressing newsmen at the state secretariat of the Party on Saturday, the five-man Committee headed by Mrs Tinuke Gbadejo Ogunrinde from Oyo state said, the congresses were hitch-free, as no petition was received before, during and after the congresses.

Mrs Ogunrinde further disclosed that 1,275  delegates were elected for local government and state respectively, while 69 national delegates were unanimously elected.

“Our great party, the APC assigned us to serve as the Appeal Committee for the Special Congress held on 17th and 18th May, 2022 to elect the Local Government, State and National Delegates for Kaduna State.

“With gratitude to our Party for the confidence reposed in us by this appointment, We sct out to diligently do our duty.

“At the conclusion of our assignment, this Committee did not receive ANY petition, before, during or after the Special Congress of the Kaduna State APC.

“All the members of this Committee are grateful to our Party, the APC, for this appointment and we express our appreciation for the cooperation of the Kaduna State Chapter of the APC,” she said.

YOU SHOULD NOT MISS THESE HEADLINES FROM NAIJAONPOINT.COM.NG

We Have Not Had Water Supply In Months ― Abeokuta Residents

In spite of the huge investment in the water sector by the government and international organisations, water scarcity has grown to become a perennial nightmare for residents of Abeokuta, the Ogun State capital. This report x-rays the lives and experiences of residents in getting clean, potable and affordable water amidst the surge of COVID-19 cases in the state…

The Lagos-Ibadan railway was inaugurated recently for a full paid operation by the Nigerian Railway Corporation after about a year of free test-run. Our reporter joined the train to and fro Lagos from Ibadan and tells his experience in this report…

The National Drug Law Enforcement Agency has disowned a trending video of NDLEA men in a minibus as a skit, saying it is not real.

Spokesman for the agency Femi Babafemi in a statement on Saturday said the agency has “so far established, following series of public enquiries, that the video with screenshot pictures attached to this statement, is a skit and not a video of officers of the Agency on duty.”

He identified the skit maker as one Mathew C Eze who lives in the Lekki area of Lagos. 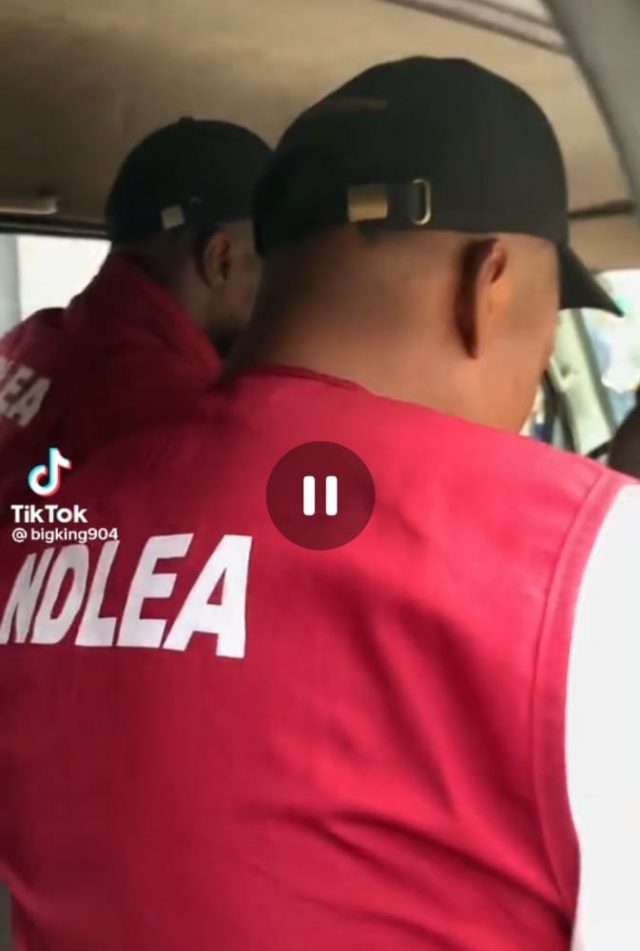 Because of the confusion which he said the video had caused, he said “social media content producers should show restraint, responsibility and decorum in how they misuse paraphernalia of law enforcement officers to avoid misconceptions and insinuations.”

The statement read in full, “The National Drug Law Enforcement Agency, NDLEA, wishes to disclaim a trending video of some persons wearing red jackets similar to the ones used by officers and men of the Agency for operational purposes, operating in a minibus.

“The Agency has so far established, following series of public enquiries, that the video with screenshot pictures attached to this statement is a skit and not a video of officers of the Agency on duty. “The skit maker has also been confirmed to be one Mathew C Eze who lives in the Lekki area of Lagos.

“The confusion this video has created in the minds of members of the public underscores the need for some social media content producers to show restraint, responsibility and decorum in how they misuse paraphernalia of law enforcement officers to avoid misconceptions and insinuations.

“The Agency will however continue to monitor the activities of this particular skit maker with a view to establishing his motive as the latest is his second in the misuse of NDLEA’s official jackets.”

Who Is Elias Araujo Wife -Is He Married? Details About The Boxer

5 Breakfast Habits to Live Like the World's Oldest People