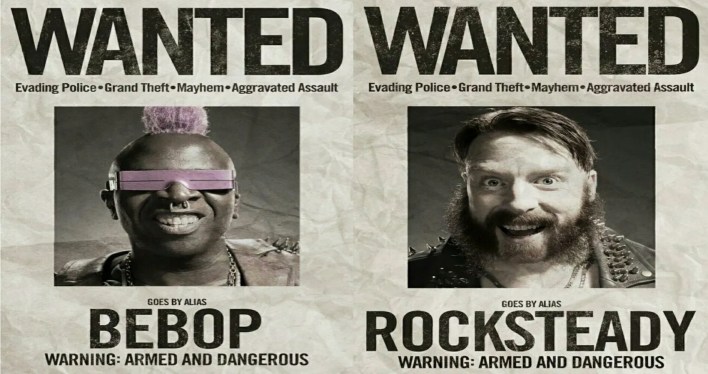 The Teenage Mutant Ninja Turtles film franchise has featured several villains in its seven films. Covering both the animated and live-action fields, the villains are usually strong, smart, or both when taking on the heroes in a half-shell. Some of these enemies are taken straight from the pages of the comics; some were first introduced in the old-school cartoon series, and some are wholly original.

Either way, the franchise has depicted some creative enemies, as well as some vicious and powerful martial artists to oppose the Teenage Mutant Ninja Turtles. The brothers have been raised on the practices of ninjutsu by their Master Splinter. But, not every villain can lay claim to being the arch-nemesis of the brothers. So here we have the best villains from the TMNT film franchise, ranked.

Ra’s al Ghul is one of Batman’s most formidable opponents. He ranks lower on this list because he is primarily Batman’s foe, but he proves to be an excellent martial artist and strategist when the turtles oppose him. The comparisons to Shredder are easy to draw, i.e., having an entire horde of minions at his command in the League of Assassins. He also contains years of experience with his youth being restored in the Lazarus Pits.

Ra’s would even prove to be a better swordsman than Leonardo, defeating both Leonardo & Donatello at the same time. He is a man of a strict code, however, meaning he proved very susceptible to dirty fighting tactics, such as the low blow Leonardo would employ.

Lord Norinaga is a more complicated individual. Having already attained status as a lord over the lands of Japan, Norinaga simply wishes to keep rebels at bay. In this pursuit, he begins to shame his son for sympathizing with the rebels and for even breaking his code of honor by purchasing firearms and explosives to use against a village full of innocents. While Lord Norinaga is a strategist, he puts his skill with the sword to the test against Leonardo. Norinaga would retain some semblance of honor by agreeing to a peaceful surrender after being bested in combat.

Walker is an English man looking to profit off the civil war brewing in Japan. While war profiteering is an inherently evil act in itself, Walker would seek to prove the effectiveness of his weapons by setting fire to an entire village. This act would almost take the life of both a young boy and Michelangelo. Walker would meet his karmic demise, albeit offscreen, as he seemingly falls to his death while attempting to escape justice. A minor footnote in the turtles’ rogues gallery.

Tatsu is a prominent member of the Foot Clan. Taking the place of Hun from the comics and television show, Tatsu would brutally train the Foot Clan’s initiates. He would openly abuse them even if they succeeded in their sparring sessions. Upon Shredder’s seeming demise at the end of the first film, Tatsu would take leadership of the clan, continuing to forge it in his master’s vision.

With the turtles’ origins being explored in the second film, Shredder forces a TGRI scientist to use the ooze that made the turtles who they are on a snapping turtle and a wolf. These creatures would become Rahzar & Tokka, respectively. These creatures had the intellect of a newborn, as they were prone to call Shredder “mama.” They made up for what they lacked in brains in raw power, actively destroying their surroundings while trying to defeat the turtles.

The Stone Generals were a menace to humanity over 3,000 years ago. Having been brought back to life by their brother, Max Winters, they set out to capture and send back the thirteen monsters that had been unleashed, also fighting the turtles in the meantime. Aguila, Gato, Mono, & Serpiente were all skilled fighters, each holding mastery over a different weapon, similar to the turtle brothers. While Max Winters would reveal he was trying to rid them all of their immortality, the generals would betray their brother. Opposing the turtles, the Stone Generals seek to ensure they will conquer every kingdom known to man as they once intended when they were mere Aztecs.

While most of the turtles’ enemies are brutes with raw strength, Baxter Stockman is the pure opposite. Baxter is most often used to improve Shredder’s technological advancements, possessing a high intellect and not being afraid to admit it. He is providing Shredder with teleportation and providing the components needed to secure Shredder’s alliance with Krang. Stockman was also responsible for synthesizing the mutagen that would transform Bebop & Rocksteady.

Residing in Dimension X, among the many planets he’s already conquered, Krang is an arrogant, cocky, tentacled creature with a lot of firepower. Krang is the type of villain with many big guns and loves using them. Still, he’s also been known to use psychological warfare, having taken the time to study Shredder before hijacking his teleportation. There’s only room for one at the top, so once Shredder has done what Krang needed, Krang is quick to betray his ally. Using advanced machinery like the Technodrome, Krang manages to execute an extended plan of taking over Earth. A plan that would have succeeded if not for the turtles and their friends.

A couple of criminals that happened to be in the wrong place at the right time, Bebop & Rocksteady are placed on the same prison transport as Shredder. Seizing an opportunity provided by the conflict between the turtles & the Foot Clan, Bebop & Rocksteady would hijack the transport from Casey Jones. This action would leave an impression on Shredder, who would then seek them out to be his errand boys. After being exposed to the mutagen, Bebop & Rocksteady would be transformed into a mutant warthog and rhinoceros, respectively. Proving to be fan favorites with their wisecracks, Beebs & Rock would participate in some of the more fun fight scenes during Michael Bay’s tenure as director.

This version of Shredder certainly has a sleeker and more updated look. Still, he lacks the same panache as his predecessor. Michael Bay’s Oroku Saki was considerably powerful, easily defeating both Master Splinter & Raphael in one-on-one combat. Shredder would seek domination with his plan to poison New York City, only to cure the citizens with an expensive antidote via his adopted son, Eric Sacks. While some of his decisions are questionable, Shredder has proven to be a leader. He had recruited Baxter Stockman, Karai, & the duo of Bebop & Rocksteady, usually through intimidation.

The original version of Shredder would carry a strong presence. As the camera pans to his imposing figure and the music of his theme blares across the speakers, he would send chills up and down one’s spine. Oroku Saki was a fierce force of martial prowess, having already killed Master Splinter’s master, Hamato Yoshi. Leading an entire clan of Foot soldiers, Shredder sets out on a quest for vengeance, having received a scar on his face from Spinter. He goes to great lengths to defeat the turtles, laying siege to their home, creating mutant monsters of his own, and even ingesting the ooze himself, becoming Super Shredder.

10 Overlooked RPGs That Deserve More Recognition, According To Ranker

What The Black Phone Does Better Than Actual True Crime Stories

Bill Maher Says It Will Be a “Very Different America” With Roe v. Wade Overturned

Doctor Who: The 10 Best Stories To Introduce People To The Classic Series