Actor Osita Iheme aka Pawpaw is now a proud owner of a hotel in Owerri, Imo state.

The construction of the hotel which started late 2015 is finally completed and ready for use.

The 35-year-old took to Instagram to share photos of his property, which he has named ‘The President’, saying it has been officially opened for business.

Osita wrote on one of the captions ; HUSTLE in silence let success be the noise. Be our Guest

The Ogun State Government has admitted that it parades the highest number of internet fraudsters known as yahoo yahoo boys in the country, with a declaration that it is determined to stop the menace.

Reports has it that, Governor Dapo Abiodun made the disclosure on Friday while speaking at launch of ‘OP-MESA’, a joint security outfit, explaining that the reasons behind the rate was the existence of high number of institutions in the state.

The Governor explained that, in view of this, his administration has concluded arrangements for the establishment of the state commission on crimes to complement the roles of the Economic and Financial Crimes Commission(EFCC)

Penpushing further reports that, Abiodun assured that with the set up of the commission, the criminals will be smoked out, and had them handed over to the appropriate authorities for prosecution

‘Ogun state is capital of yahoo yahoo boys. They even did award night in Abeokuta, for best hacker. We can understand reason for this, it is because Ogun state has the highest number of institutions in the country’, Abiodun said.

‘We have decided to set up our own state commission to eliminate the cyber crime, our commission will collaborate with EFCC. We will smoke them out, hand them over to appropriate authorities’,he emphasised

‘As a responsive and responsible Government, we cannot and will not fold our arms and watch as criminals take over our land and become an avoidable jeopardy to our joint and respective development strides’.

Penpushing also reports that, he explained that, the inauguration of OP-MESA was a further confirmation that the government is not taking the security of lives and property for granted in the State.

‘This OP–Mesa Security outfit will therefore complement the existing security outfits that we have already launched such as “the Amotekun”, Joint Security, JSS to further guarantee that we have good ambience in Ogun State and other necessary facilities’, he added.

‘It is part of a holistic approach to tackle insecurity in our State, especially in the face of a new resurgence of kidnappings on our interstate roads in the last couple of weeks.

‘These unscrupulous elements have no place in Ogun State. They are security threats to us. Why should moving from one state to the other become worrisome experience for our people?’ Why would the roads we are constructing and rehabilitating become a nightmare for people going about their legitimate businesses?’

The governor said ‘OP-MESA’ is a joint internal security operational platform comprising officers drawn from the Army, Navy, Air force, Police and the Department of State Security, adding that government on its part is adding the Amotekun, So-Safe and other recognized security outfits recognized by the State laws in the fight against crime, criminals and criminality in Ogun State.

Ayra Starr thanks Don Jazzy, her fans as she celebrates 1 year in the music industry

Talented singer and songwriter, Oyinkansola Aderibigbe, popularly known as Ayra Starr, is celebrating her one year in the music industry.

Ayra Starr came to the limelight in 2021 as she released an Extended Play and an Album that made her one of the fast-rising singers in Nigeria. 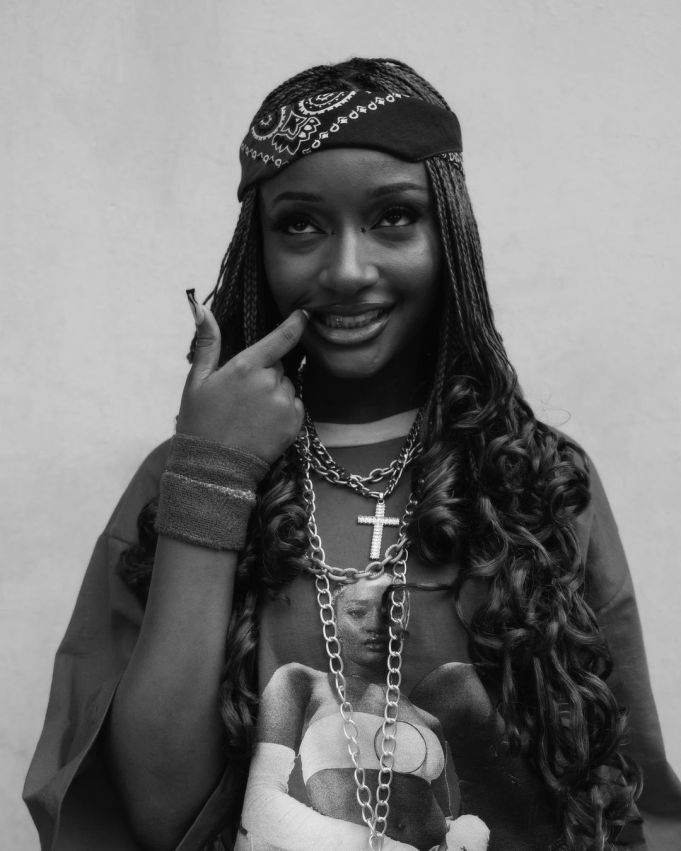 Her smash hit, “Bloody Samaritan” from her latest album garnered so much success and streams that one would not believe she had only been in the music industry for just one year.

The 19-year-old took to her social media page to share a video where she appreciated God, Don Jazzy and her fans that has supported her music right from the start.

“A year !!! It’s only God , thank you to everyone thank you to @donjazzy @rimouuune @tegamavin @vaedar , my entire family , thank you mummy @miucliff and my partner in crime , my biggest supporter, my best friend @sainttmilar and my amazing amazing starrrssss , y’all love me like you know me personally . Stay with me and I’ll never disappoint, I’ll work as hard as I have to to get to where I want to be , just keep believing in me and stay with me, GROW WITH ME . ”

Meanwhile, Don Jazzy took to the comment section to respond ;

Below is the video she shared;

Ayra Starr thanks Don Jazzy, her fans as she celebrates 1 year in the music industry