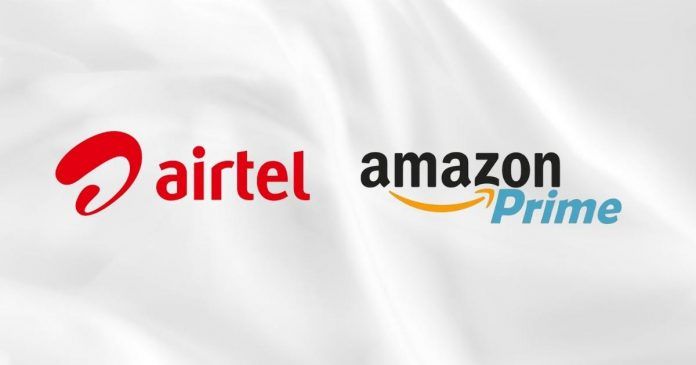 Bharti Airtel, one of India’s largest telecommunications carriers, has revised four of its postpaid plans. The validity of the plan’s Amazon Prime membership has been changed by the company. The amendments apply to the Rs 499, Rs 999, Rs 1199, and Rs 1599 plans. These plans used to include a full year of Amazon Prime membership, but they have now been reduced to 6 months. Other benefits of the plan remain the same. Let’s take a closer look at the revisions to the Airtel plans, and everything we know so far.

The change has been in place since April 1st (the beginning of the new financial year). Beginning April 1, 2022, those who have signed up for the plan will be subject to the new amended offerings. Customers who recharged in the previous fiscal year will still be able to take advantage of one full year’s worth of advantages.

The 1,199 and 1,599 plans respectively offer 150GB and 250GB of monthly data with a rollover cap of up to 200GB. All the plans now include 6 months of Amazon Prime membership, 1 year of Disney+ Hotstar mobile subscription, Shaw academy Lifetime access, Wynk premium, and access to all Airtel’s services.

While Airtel has not acknowledged the actual reason for the Prime membership’s validity being reduced to half, one possible factor is Amazon Prime’s recent price increase. It will be interesting to see if other telecom operators choose to follow Airtel’s path and similarly cut down subscription services’ validity.

To open a MoMo wallet, dial *671# using any mobile number, choose a four-digit pin and voila, you have successfully opened a MoMo PSB wallet and your phone number is now your account number. You’ll be given a free N100 which you can instantly use to recharge or buy data directly from your momo wallet.

How to send money using a MoMo wallet

To send money to a trader, friend or family member on MoMo wallet, all you need is their phone number and you can send money seamlessly.

What services are available on MoMo

Through your MoMo wallet, you can send money to any mobile phone in the country as well as buy airtime/data and pay bills.

How to withdraw cash from your MoMo wallet

To withdraw cash from your wallet, visit a MoMo Agent. With an expansive agent network of over 166,000 active agents and digitized partnership infrastructure, you can be sure to find a MoMo Agent near you!

Let us know know what you think in the comment…

WhatsApp is dropping support for some older smartphone and they’ve started notifying users of such devices. If you are using an older iPhones, then it is time to upgrade your device.

WhatsApp is now planning to drop support for some version of iOS, and has started notifying users to upgrade to a more supported version of iOS.

What this means is that WhatsApp  will no longer support iPhones running iOS 10 or iOS 11. Any device currently running iOS 11 can be updated to iOS 12, after which it will have no problem running WhatsApp.

However, since the iPhone 5 and 5C do not support iOS 12, these smartphones won’t be able to run WhatsApp after the cut-off date.

Any devices losing WhatsApp support will receive notifications reminding users to update to the latest iOS version to continue using the messaging service.

The iPhones that can be upgraded to iOS 12 are as follows:

If you’re using iOS 10 or iOS 11, you need to update to iOS 12 in order to continue using the chat app. Otherwise.

For Android Users, you must be running OS 4.1 and newer.

Despite being in captivity, Ango Abdullahi’s son wins PDP ticket

“Na She Dey Touch Me First, I Told Her I Am Not Lesbian” – Bobrisky Reveals As He Drops Video Of Tonto Dikeh Touching Him