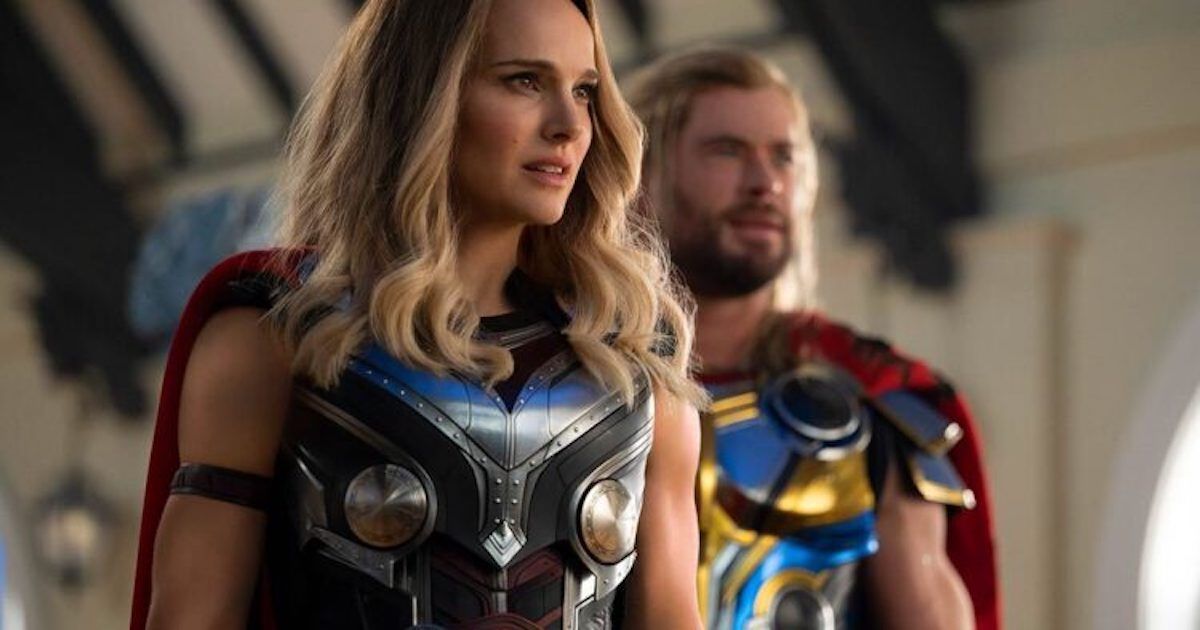 Though the first two installments of the MCU’s independent Thor films, which by most accounts lacked the same magic as their Avengers film counterparts, were met with a less than stellar reception, that was not nearly enough to deter the legions of passionate Marvel fans. Their patience was rewarded with the release of Thor: Ragnarok in 2017, a fun romp that received positive reviews. This bright, exciting interplanetary journey reinvigorated fans of the lovable boy-king Thor, and demand for the Avenger to have another action-packed adventure skyrocketed. Enter Thor: Love and Thunder.

Thor: Love and Thunder, which is set to be released to the general public on July 8th, 2022, boasts a very impressive cast, even when placed among the countless other star-studded installments in the Avengers archive. Said cast includes Chris Hemsworth reprising his role as the titular thunder god Thor, Christian Bale as the gray-skinned Gorr the God Butcher, Tessa Thompson (Avengers: Endgame, Men in Black: International) as Valkyrie, and the film’s director Taika Waititi (What We Do in the Shadows, The Mandalorian), who voices the rock monster Korg.

However, there is no Thor: Love and Thunder character who has inspired more Marvel fan enthusiasm than Natalie Portman’s (Star Wars: Episode III — Revenge of the Sith, Black Swan) Jane Foster. Here’s why audiences are incredibly jazzed for Portman’s triumphant return.

Natalie Portman’s Jane Foster was arguably the best part of the first installments in the Thor saga, and Marvel fans were pleasantly shocked to see that she would be reprising her role in Thor: Love and Thunder. As such, when Marvel audiences got their first glance of Jane Foster in the film’s first images, there was a lot of discussion about how the scientist would be utilized. Perhaps the main topic of discussion was surrounding the equally large, bulging muscles of the previously tiny Portman.

Natalie Portman is no stranger to transforming her figure to better embody a particular character. For her role as a ballerina in 2010’s Black Swan, Portman subsists on a frighteningly small diet of 1,200 calories a day, consisting primarily of fruits and nuts, and somehow stripped weight from her already small frame. It makes sense that Portman would pack on the pounds to better portray a superhero. However, no one could have expected just how swole the world-class actress would get.

During the most recent installments in the Avengers franchise, Thor found himself lost. After the blip, which turned half the universe’s population into dust, along with the destruction of his home planet and the subsequent slaughter of the Asgardian people, there was very little left to motivate the God of Thunder. However, he was eventually reinvigorated by the Guardians of the Galaxy crew and the chance to once again take on Thanos.

The conspicuous absence of this Asgardian Avenger is seemingly what brought about the return of Natalie Portman’s Jane Foster. This sets up the possibility for any number of intriguing storylines in the upcoming Thor: Love and Thunder. Thor has been humbled through the Avenger series but is yet to face a crisis of character quite too close to home.

When the first still from Thor: Love and Thunder started circulating around the internet, the most pressing issue of all Marvel fans’ minds, aside from Portman’s muscular physique, was the stunning super-suit her character had donned when she assumed the position as the God of Thunder. The classic chest plate and cape compliment her recently added muscles, and Portman handles her hammer as well as the God of Thunder ever could.

The film’s creators could have easily screwed up the costume design for the newly muscular Jane Foster, opting for something less functional and more feminine. Under the direction of the talented Taiki Waititi, however, she was given the suit she certainly deserved, and all signs point to the fact the Portman’s foster will be every bit the hero Thor was, and possibly more.

Interestingly, Chris Hemsworth is only a few years away from surpassing Hugh Jackman’s record for the longest-running portrayal of a superhero. While his tremendous tenure portraying one of the original Avengers should certainly be commended, and fans will continue to call for the return of Hemsworth’s Thor, the success of the character needs to be attributed in large part to the fantastic actors and excellent characters who have filled out the Thor films.

In Thor: Love and Thunder, fans will finally get a chance to reconnect to Natalie Portman’s Jane Foster, and perhaps more importantly, Thor will have the chance to rekindle his long-lost love.

Supporting Action Characters That Deserve Their Own Films

How Long After An Accident Can You File A Claim? – Forbes Advisor & More News

This is when Overwatch automatically opens all your remaining loot boxes

Asia’s Tourist Destinations Struggle to Come Back to Life