By David Coverdale For The Daily Mail

Tom Pidcock further proved he is the future of British cycling by becoming the youngest ever winner of a Tour de France stage on Alpe d’Huez.

Pidcock, who claimed gold in mountain biking at last summer’s Tokyo Olympics, is just the second Brit after Geraint Thomas in 2018 to win atop the iconic French mountain. 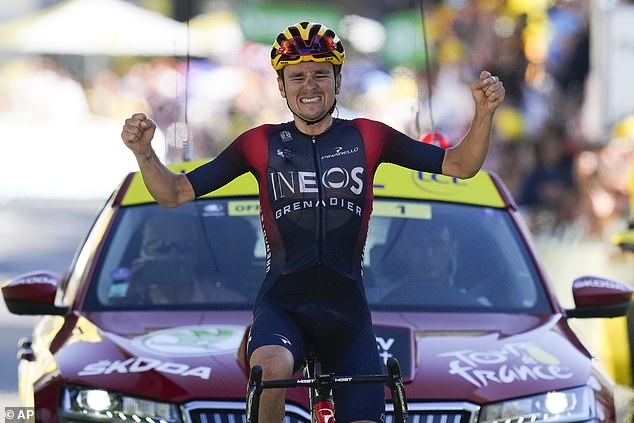 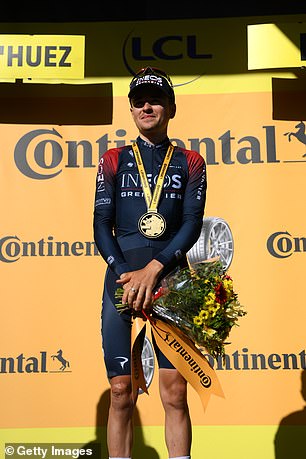 ‘It’s not bad that, is it? If I get dropped every other day, I don’t care,’ grinned the Ineos Grenadiers rider, who is making his Tour debut.

‘I thought maybe I would win one of these stages up a hill in the middle of nowhere, but to win Alpe d’Huez, that is insane.

‘It was one of my best experiences in cycling. You can’t even imagine riding up through all of these people. It was unreal – slaloming through people’s flags and fists.’

Pidcock is now eighth in the overall race, with Ineos team-mate Thomas – who came seventh on the stage – third and still in contention for the yellow jersey.

On Pidcock, Thomas said: ‘He is a super talent. It’s great to see him do well.’

Pidcock was part of a five-man breakaway during yesterday’s 12th stage, before making the first attack some 10km from the summit and then gradually riding away to finish 48 seconds clear of South African Louis Meintjes.

Froome’s third place was his best performance since he suffered career-threatening injuries three years ago.

Jonas Vingegaard finished sixth to retain the yellow jersey ahead of two-time defending champion Tadej Pogacar, who was fifth. 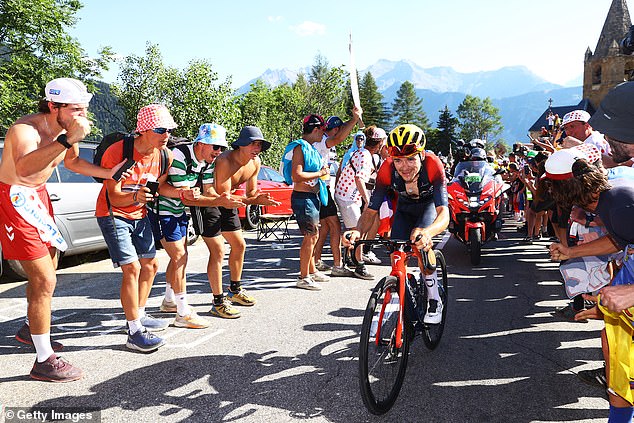 Dear Little Mermaid Season 1 Episode 10 Release Date and Time, Countdown, When Is It Coming Out?

I can comfortably buy a man with my money – Actress, Nkechi Blessing brags (Video)

Just Three Signings For 2022/2023 Season; Can Manchester United Finish In The Top Four?

Files seized from Trump are part of spy law investigation