Donald Trump’s legal team is speaking to officials from the Justice Department, it was reported on Thursday night, as speculation continues to mount about a criminal investigation into the former president’s actions on January 6, 2021.

Trump’s team are discussing whether he would be able to claim executive privilege, and refuse to reveal some of the conversations he had with federal officials, CNN reported.

The lawyers for the 76-year-old are talking to the US attorney’s office in Washington, DC, which is in charge of the investigation, and its top January 6 prosecutor Thomas Windom, CNN said.

The Justice Department was expecting a court fight with Trump over executive privilege.

Donald Trump and Congresswoman Marjorie Taylor Greene of Georgia are seen on July 31 cheering on the players at the LIV invitational golf tournament, held at Trump’s Bedminster course. Trump’s lawyers are now believed to be speaking to DoJ officials about possible cooperation with an investigation 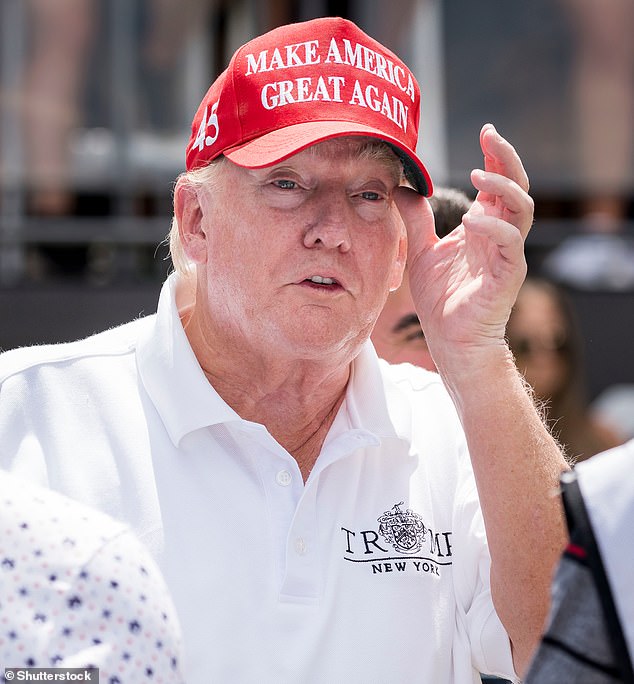 Several key figures on the January 6 Committee’s radar have invoked executive privilege as a way of avoiding full disclosure of incriminating actions; they insist it is to preserve the sanctity of the presidency.

News of the Department of Justice’s investigation into Trump, as part of its criminal probe on the January 6 Capitol attack, was reported last month by The Washington Post.

Sources told the paper that federal prosecutors have interviewed witnesses before a grand jury and asked them about conversations between Trump, his lawyers and members of his inner circle regarding a plot to replace Electoral College members with pro-Trump alternate electors in states President Joe Biden won.

Prosecutors have asked detailed questions about meetings Trump held in December 2020 and January 2021, gathering information on his campaign to pressure Vice President Mike Pence to overturn the election results, and what instructions – if any – Trump gave his team about the fake electors scheme. 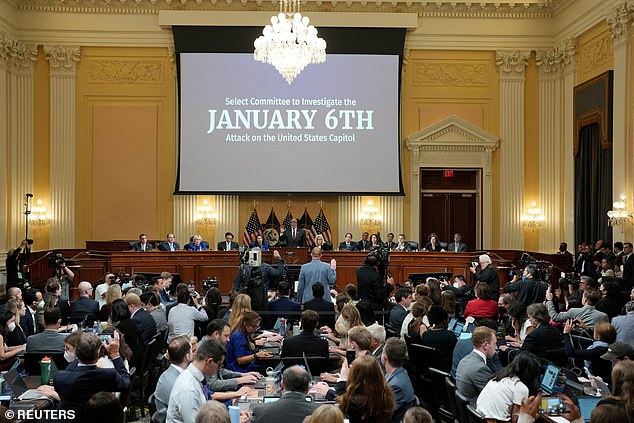 The January 6 Committee is pictured in their July 12 hearing, swearing in a witness 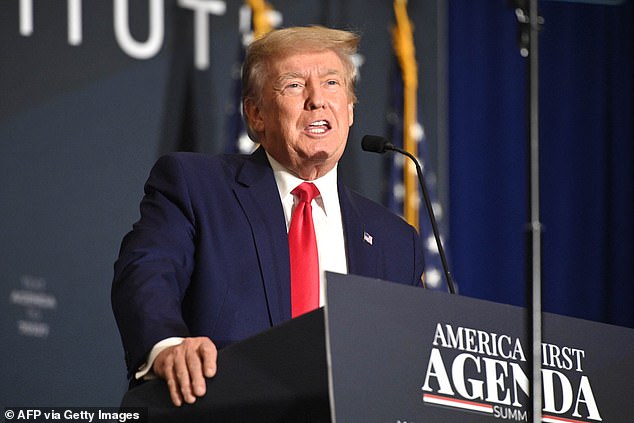 The Department of Justice is investigating former President Donald Trump’s actions as part of its criminal probe on the January 6, The Washington Post reported last month 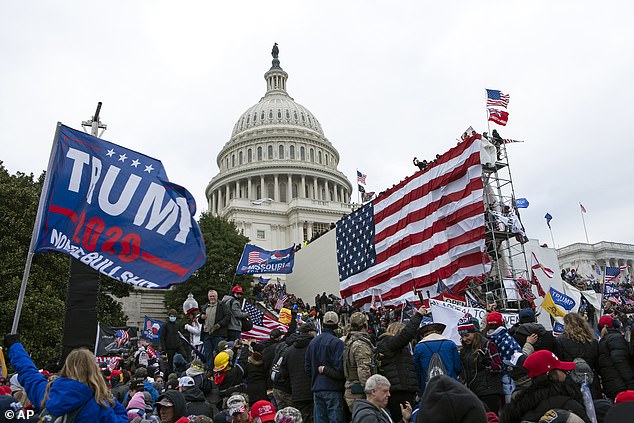 That scheme was led by Trump’s election lawyers Rudy Giuliani and John Eastman, but prosecutors wanted to know the extent of the now ex-president’s involvement, ... said.

Specifically, what did Trump tell his allies to do as he sought to overturn the 2020 election result.

While it had been previously reported that investigators were looking into the conduct of some in Trump’s inner circle – including Giuliani and Eastman – ... was first to report that DOJ officials were looking into Trump’s actions.

Two subpoenas obtained by ... issued to two Arizona state lawmakers who posed as fake electors asked for communications with ‘any member, employee, or agent of Donald J. Trump or any organization advocating in favor of the 2020 re-election of Donald J. Trump, including “Donald J. Trump for President, Inc.”‘

Sources told the network that Short testified before a grand jury, compelled by a subpoena, as part of the DOJ’s probe. 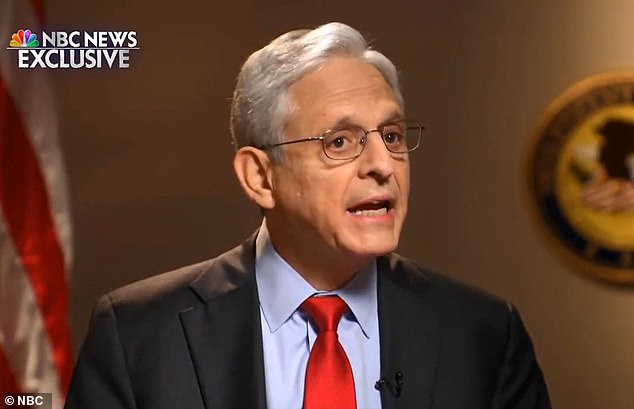 Attorney General Merrick Garland has not ruled out prosecuting Trump.

‘We intend to hold everyone, anyone who was criminally responsible for the events surrounding January 6, for any attempt to interfere with the lawful transfer of power from one administration to another, accountable,’ Garland told NBC’s Lester Holt in mid July.

The DOJ probe is separate from the investigation being conducted by the January 6 House select committee – which may make criminal referrals to the Justice Department as well, according to Liz Cheney, the top Republican on the panel.

So far the DOJ investigation has led to charges against more than 840 individuals over their roles in the Capitol attack.

Sources told ... that there are two legal areas where Trump could get ensnared.

Like the rioters, the DOJ could pursue charges like seditious conspiracy and conspiracy to obstruct a government proceeding.

But the Justice Department could also try to prove Trump committed fraud with the fake electors scheme or the campaign he and his allies mounted to pressure DOJ officials to say the election was fraudulent when it wasn’t.

Garland said the DOJ has been ‘moving urgently’ since the start of its investigation into the Capitol riot and surrounding events.

‘It is inevitable in this kind of investigation that there’ll be speculation about what we we are doing, who we are investigating, what our theories are – the reason there is this speculation and uncertainty is that some fundamental tenet of what we do as prosecutors and investigators is to do it outside of the public eye,’ Garland said.

He said this was done to ‘protect civil liberties’ and ‘ensure the success and the integrity’ of the investigation.

No former president has ever been charged with a crime in the country’s history.

While former President Richard Nixon stepped down over his involvement in the Watergate break-in, President Gerald Ford, who had served as Nixon’s vice president, pardoned him.

Who was Jon Hill? Jaclyn Hill’s ex-husband’s age explored as drummer passes away

Who is Maria Rodriguez from Cosmic Love Season 1? NYC girl is a makeup artist

Who Are The Highest-Earning Aussie Hollywood Stars? | FilmInk