The Vanderpump Rules cast reunited at SUR Restaurant on Wednesday night for the start of production on season 10.

As Raquel Leviss and Charli Burnett were seen dancing around the venue in their black waitress uniforms and James Kennedy took to the DJ booth to perform a set, Lala Kent was spotted at TomTom with Ariana Madix and Katie Maloney.

“Pump Rules is back!” Queens of Bravo declared on their Instagram Story on July 13, along with a photo of a glammed-up Lala in a vehicle.

“Omg am I excited for the return of Pump Rules? Lol,” they added, along with a screenshot of Raquel and Charli in front of one of SUR’s bars. 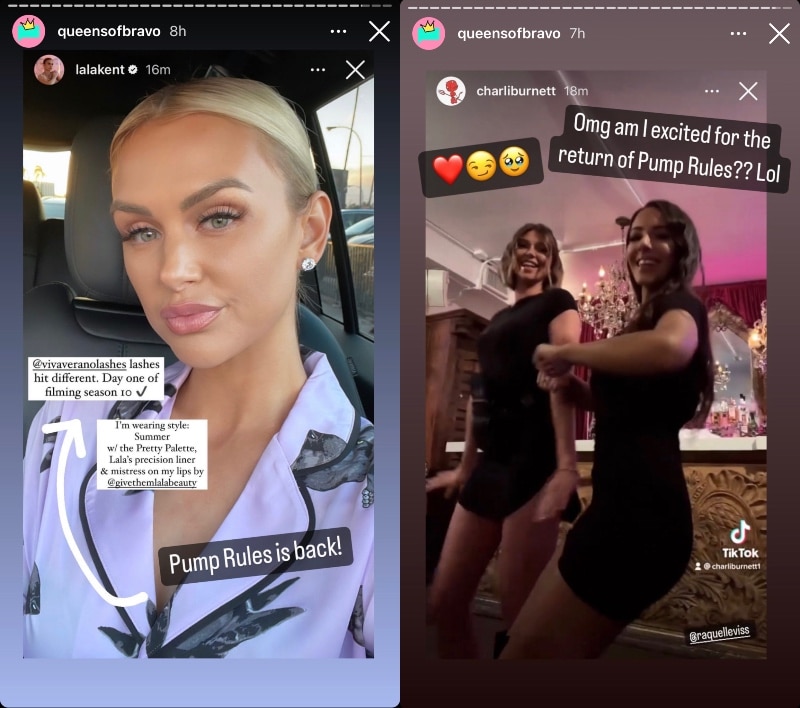 On Charlie’s Instagram Story, she took a selfie with Raquel. And on James’ page, he gave his fans and followers a look behind another one of SUR’s bars, where two male bartenders were working. 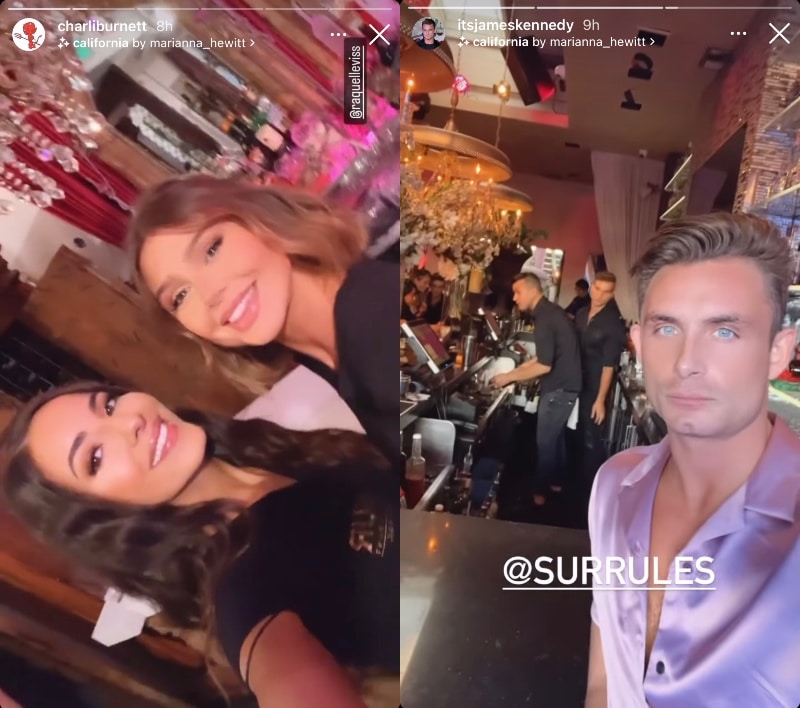 Katie also shared a photo on her Instagram Story. But she and her castmates, Lala and Ariana, weren’t at SUR. Instead, the pic was taken at her estranged spouse Tom Schwartz‘s shared venue with Tom Sandoval, Lisa Vanderpump, and Ken Todd, TomTom. 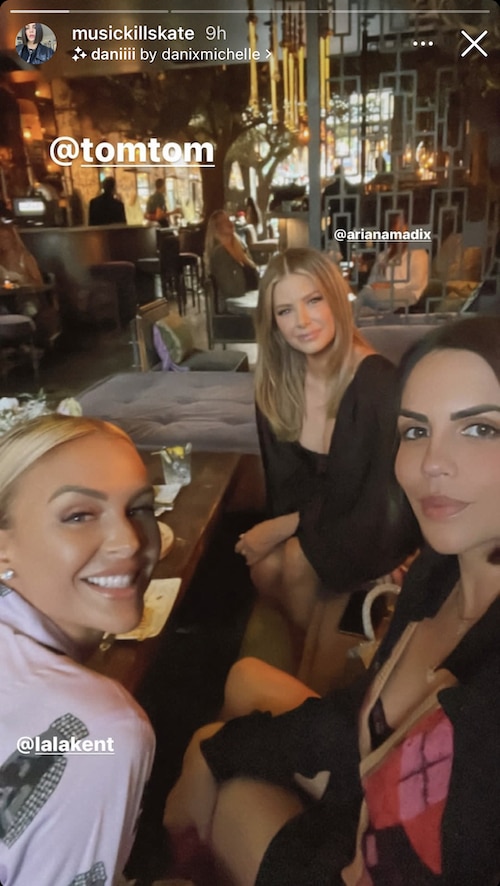 Although Katie and Schwartz’s split is expected to be a main storyline of Pump Rules season 10, the couple officially separated in mid-February and announced the news to their Instagram audience the following month.

Also on Wednesday, along with a chance to win a couple of tickets to Schwartz and Sandy’s, Deux Moi confirmed the opening date of Sandoval and Schwartz’s new bar.

“Are you a Vanderpump Rules fan? [Tom Schwartz] and [Tom Sandoval’s] newest venture [Schwartz and Sandy’s] has been in the works and is finally having its grand opening!!!” Deux Moi announced on Instagram. “[The Daily Mail] is hosting an exclusive party on Tuesday, July 19 to celebrate the dynamic duo’s second bar in Los Angeles.” 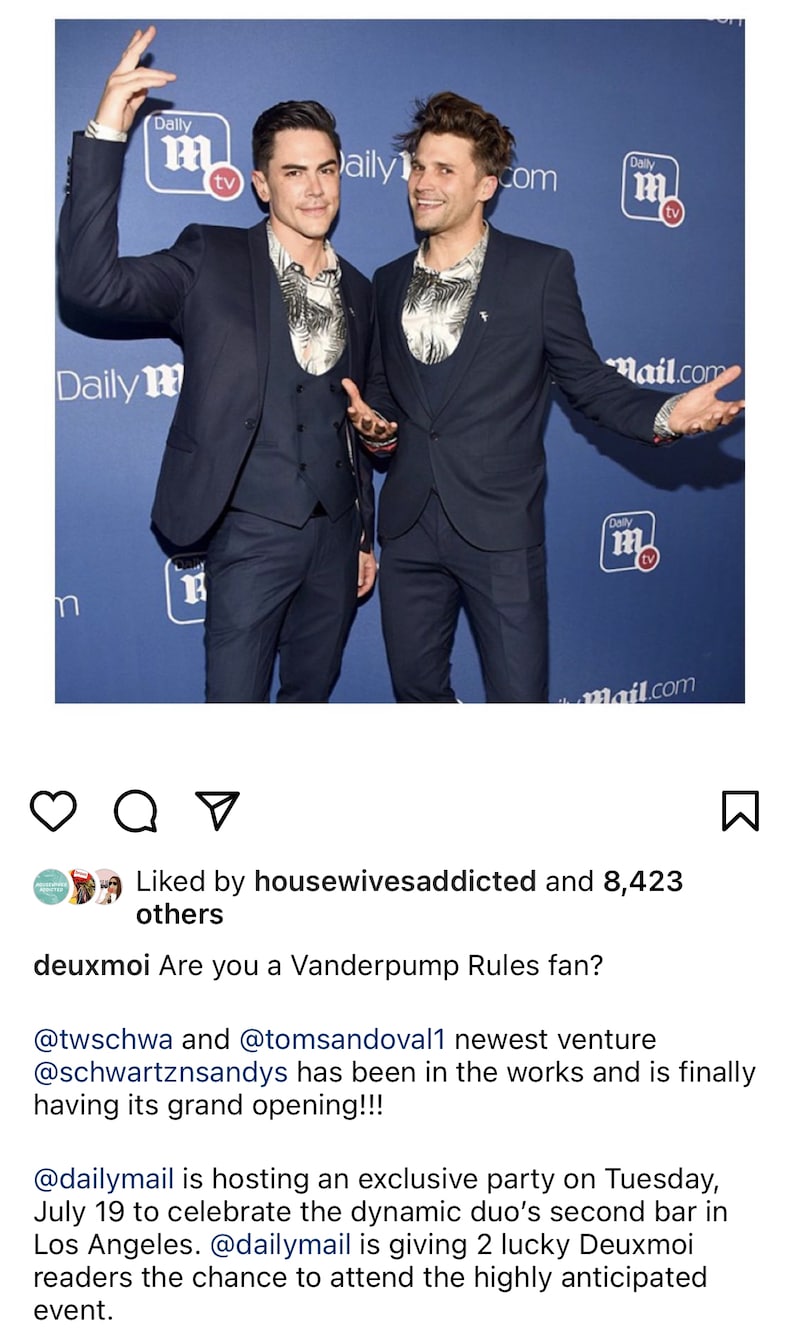 Scheana Shay and her fiance, Brock Davies, who she’s expected to marry later this year, were not present during Wednesday’s outing, and they appeared to be spending time with their daughter, Summer Moon, in San Diego. However, the couple is expected to play a role in the new episodes.

The UK’s best seaside and beach hotels for 2022

Rise set to continue on Wall Street ahead of producer prices

My reference to Pope, a mark of reverence not ridicule ― Lalong

Russia-Ukraine War: Russia is recruiting prisoners in the army to fight with Ukraine, in return asked to waive the sentence

Nope: How the Film Is Changing the Course of Alien Invasion Movies