The Y22s and Y35 from the Vivo Y series were spotted more recently along with the Vivo V25 series devices on FCC recently. Now, the Vivo Y22 has been spotted on the Geekbench database revealing the key features and specifications of the device. Let’s take a look at the details. 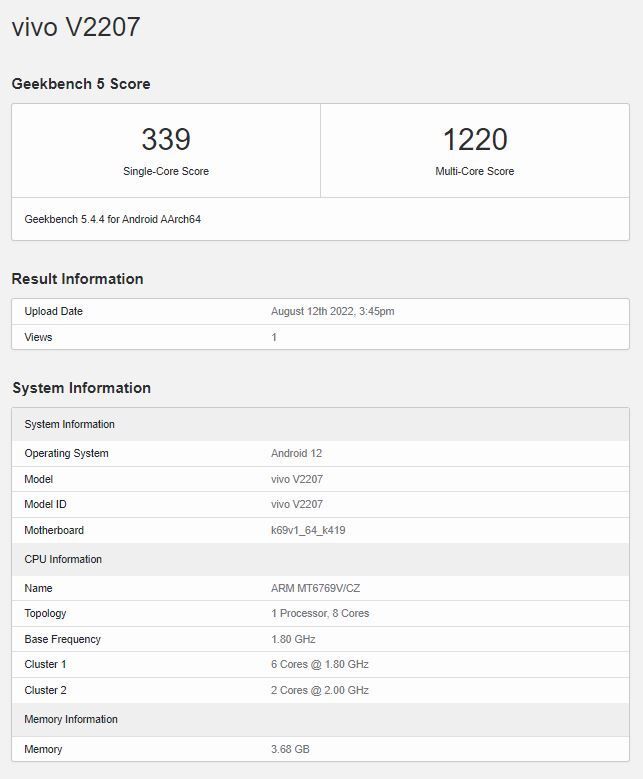 Further, the device has been listed with 4GB of RAM on the benchmarking site. As for the scores, the upcoming Vivo phone has secured 339 and 1220 in the single-core and multi-core tests respectively.

Based on the previous specs leak, the Vivo Y22 is tipped to come with a 6.44-inch HD+ LCD display with a 60Hz refresh rate. On the front, the Vivo handset could come with an 8MP snapper for selfies and video calls. The Y22 device will ship with FuntouchOS based on Android 12. It is also expected to pack in a 5,000mAh battery with 18W fast charging capabilities. Vivo might include a side-mounted fingerprint sensor, face unlock, and a front-facing waterdrop notch.

Optical Illusion For Today: Can You Find Cherries In This Image