GAME of Thrones alum, Sophie Turner, and husband, Joe Jonas, are set on growing their family.

When is Sophie Turner expecting her second child?

On July 14, 2022, a representative for Turner and Jonas confirmed via PEOPLE that the couple’s second daughter was welcomed into the world.

“It’s what life is about for me – raising the next generation,” Turner told Elle UK earlier in the year.

“The greatest thing in life is seeing my daughter go from strength to strength. We’re so excited to be expanding the family. It’s the best blessing ever.”

Sophie Turner, 26, and her husband Joe Jonas, 32, were spotted on a walk with Turner showing a baby bump back in May, sparking rumors that the couple was expanding their family. 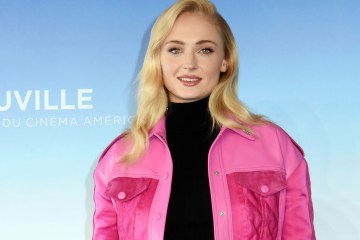 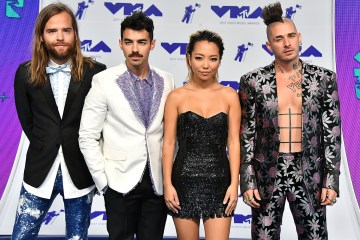 A source told Us Weekly that Turner is due to give birth to her baby “in the middle of summer.”

Only four months after their daughter, Willa, was born, a source told US Weekly that Turner and Jonas were “… already trying to have another baby.

“They are really excited to expand their family. Having the baby has made them really close and want to have a large family together.”

Who is Sophie Turner’s first child?

Turner and Jonas had their daughter Willa in the summer of 2020 but kept their pregnancy private, only making the announcement after Willa was born.

Their rep did confirm in a statement to PEOPLE in 2020 that Turner and Jonas had their first child on July 20, 2020.

A source told Entertainment Tonight, “The couple is already obsessed and can’t stop gloating about their new addition.

“The couple is taking time to enjoy this special moment and have only shared the news and updates with family and friends.”

How long have Sophie Turner and Joe Jonas been married?

The couple met in 2016 through Jonas’ agent who told Turner he thought they would hit it off.

They met at what Turner described to Elle in 2020 as a grungy bar and stood in a corner talking for hours.

“I remember the two of us spending only a couple of minutes on the dance floor, and then we just found a space far in the corner and we just talked,” Turner said.

Turner and Jonas got married in 2019 in a surprise ceremony in Las Vegas, but they did have a formal wedding at Le Château de Tourreau in Provence, France.

“I love being married. I think it’s wonderful,” Turner told Elle. I’m sure we’ll have our hiccups and our different things. But right now, it’s like the security and the safety is everything.”

Where Is She Now? Girlfriend of Spencer Webb from Oregon Lamenting Death of Tight End