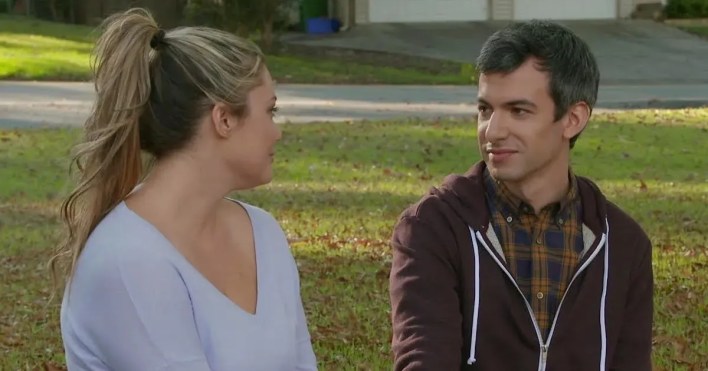 Nathan for You was one of Comedy Central’s best shows of the previous decade. Watching an awkward Nathan Fielder try to help small businesses with the worst schemes imaginable provided hours of entertainment. Over the show’s 54 segments, Fielder also managed to come across some of the oddest people in Los Angeles. There was Simon Kellogg, the security guard obsessed with large breasts. There’s the gas station owner who drinks his grandson’s urine. One of his former guests, private investigator Brian Wolfe, even got his own reality show, called Cry Wolfe, based on his confrontational appearances on Nathan for You. Then there is Bill Heath, the most fascinating of them all.

Fielder initially hired Heath as a Bill Gates impersonator for the season two episode “Souvenir Shop/E.L.A.I.F.F..” Fielder was pretending to make a movie to drum up business for a Hollywood souvenir shop, and Heath played Bill Gates in the resulting fake film. To say that Heath made a strange first impression would be an understatement. Despite advertising his ability to impersonate the Microsoft founder, Heath seemed to know nothing about the man.

After that, Heath started to hang around the Nathan for You production offices, occasionally mentioning a former love interest named Frances. Fielder decided that he would help Heath find Francis in what became Nathan for You‘s series finale, the feature-length episode titled “Finding Frances.”

Before Fielder’s new show, The Rehearsal, premieres on HBO Max this July, let’s take a look at not only one of this century’s best episodes of television but one of the most compelling documentaries in recent memory.

The least surprising part of “Finding Frances” is that it’s hilarious. Considering Nathan for You‘s consistent track record, it would be more surprising if it wasn’t funny. The episode is full of great bits, like trying to find more about Frances’s current whereabouts through a reunion at Frances’s high school where Bill Heath pretends to be a part of their class and performs the unofficial local anthem, “I’m a Ding Dong Daddy from Dumas.”

A fake high school reunion with a musical number is a classic Nathan for You scheme, but the most memorable setup from the episode is Nathan Fielder’s plan to get his hands on Francis’s high school yearbook. Fielder and Heath pretend to be producers for Mud 2: Never Clean, a fictional sequel to the 2012 coming-of-age drama Mud starring Matthew McConaughey. They even hold a casting session for their fake movie production. The plan actually works, and they find Frances’s yearbook, which is what allows them to host the aforementioned high school reunion.

Another thing Nathan for You is known for is its meta-commentary on itself and other media. Take, for example, the season three episode, “Smokers Allowed.” To get around anti-smoking laws in California, Nathan Fielder presents the happenings of a bar as if it were a play to an audience of two. This concept has more in common with the works of Bertolt Brecht than any other program on Comedy Central.

“Finding Frances” once again treads these self-referential waters. The core concept of finding the former lover of this bit character from previous seasons of Nathan for You is meta enough, but that’s only one part of the whole episode. “Finding Frances” ends up, somewhat by chance, deconstructing what it means to be Nathan Fielder, the person, versus Nathan Fielder, the character.

Related: These Are the Best Documentaries on Hulu, Ranked

Before they meet Frances, Fielder hires an escort, Maci, to see how Heath will act around a woman. However, things go awry when Heath refuses to go on a date with Maci, so Fielder meets with her instead. Fielder enjoys himself so much that he goes on multiple dates with Maci, unsure what she actually feels about him as he pays her to spend time with him. It is also unclear how much Nathan interacts with Maci for the cameras versus his enjoyment. The viewer is never given conclusive answers to these questions, reflecting Fielder’s uncertainty.

If every episode of Nathan for You is funny and many contain meta-commentary, what makes “Finding Frances” stand out? The thing that makes the series finale a singular experience is the intense vulnerability of both Nathan Fielder and Bill Heath. Heath, in particular, hides nothing from the camera, often coming across as an unlikeable creep.

In a disturbing moment, Fielder realizes how little he knows about Heath and asks the man if he’s a stalker. Heath responds with a second question, asking Fielder if he thinks Heath “looks like a stalker,” which is possibly the least reassuring answer he could have given.

Related: These Are Some of the Funniest Comedy Central Original TV Shows

Whether Fielder is being genuine is more difficult to ascertain. Is he being himself or acting as the host of a television show? It’s entirely likely that Fielder doesn’t even know the answer himself entirely. Some moments seem completely authentic, like the clear discomfort Fielder expresses whenever Heath mentions his conservative politics, but we can never know for sure.

Fielder seems at his most real when he’s with Maci, saying in the voiceover that “[i]t was a little odd to be paying someone for their company, but Maci had a way of making it feel normal.” Regardless of whether it’s fake or not, Fielder’s portrayal feels authentic. If he’s acting, he’s a great performer.

In an article for The New Yorker, legendary documentarian Errol Morris says this about Nathan for You & “Finding Francis:”

If you don’t trust this article, fine, but hopefully, the director of The Thin Blue Line and The Fog of War can convince you that Nathan Fielder and his team accomplished something remarkable with their series finale.

What Thor: Love & Thunder’s Reactions Reveal About The Movie

Stranger Things: Is Suzie To Blame For Billy’s Death?

Henry: Portrait of a Serial Killer’s John McNaughton and Michael Rooker are back together for Road Rage

9 Bizarre ‘Glee’ Storylines’ That Feel Like a Fever Dream

Watch Juliette Binoche, Vincent Lindon and Grégoire Colin in the Both Sides of the Blade trailer