Why Popular Instagram Comedian, Cute Abiola Was Arrested An Detained By The Nigerian Navy

A cry for help was put out on social media by his management as they reached out to the general public for revealing that the skit maker was last seen and heard from on Monday, November 15, 2021.

Cute Abiola also doubles as an active officer in the Nigerian Navy.

In the statement, it was stated that the comedian left his house on Monday morning for his station, thereafter he called his wife to inform her that he had gotten to the office.

However, since then all efforts to reach him proved abortive.

A reliable source would later reveal to the family that the comedian had been detained in a Navy cell since he resumed at his workpost on Monday.

The statement also condemned the Nigerian Navy for allegedly starving the comedian whom they claim is an ulcer patient.

Read the statement below;

“THE CUTE ABIOLA IS MISSING!!! Ahmed Gafar popular known as The Cute Abiola left his house for office at Navy Town at about 06:00am on the 15th November 2021 and got to the office at about 7:00am or thereafter. While he got to the office, he called his wife and associates that he had gotten to the office.

“Subsequently, his wife and other associates have made several attempts to contact him but to no avail. Since he last communicated with wife and associates that he already got to the office, he has not returned to his family and no one has heard from him till this moment.

“It was subsequently gathered from a reliable source that he has been locked up in the Nigerian Navy cell since he got to the office yesterday morning till the time of posting this information without being fed and no date has been stated for his release from custody.

“The most frustrating part is that nobody is saying anything as to the offence he has committed, but that he’s been detained on an order from the Nigerian Navy Headquarters.

“This unfortunate situation has rendered his wife emotionally tortured and traumatized as the The Cute Abiola is an Ulcer patient. Hence, not feeding an Ulcer patient as punishment for an undisclosed offense is something to be worried about with a view to avoiding unnecessary circumstance with regards to the health of The Cute Abiola.

“This is a call for help on the President of the Federal Republic of Nigeria, Vice President of the Federal Republic of Nigeria, The Senate President, The Speaker of the House of Representatives and all well meaning Nigerians to please help us call the attention of the Nigerian Navy to release him as they have been unable to disclose the offence he committed to warrant the perpetual detention.

Signed: The Management of THE CUTE ABIOLA ENTERTAINMENT LTD” 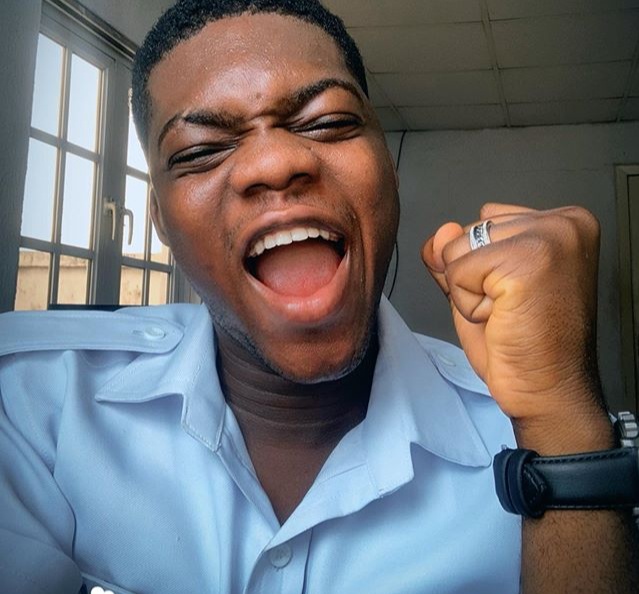 The Nigerian Navy has finally spoken out following allegations that it imprisoned and maltreated the Instagram comedian.

In a statement made to news outlet, People’s Gazette, it was confirmed that Cute Abiola had indeed been detained by the Nigerian Navy for breaching protocol on social media.

According to Commodore Suleman Dahun, spokesperson for the navy, the officer violated the Navy’s policy on social media and as a result, was detained by his superiors.

“The young man was found to have breached the social media policy while he was on leave. So he was recalled, asked to come back, but he refused until he completed his leave which is a disobedience to particular orders,” he said

“So, when he came back, we took him into custody for him to face the consequence,” Mr Dahun added.

The Commodore further stated that officers have been previously cautioned not to over expose themselves on social media.

“You know, sometimes if you snap your picture in one of these our sensitive units, you are giving intelligence advisory. You’re giving away the information you’re not supposed to give, and we have told them several times to desist from exhibiting themselves on social media.” he said

See Photos Of Final Moments Boy, 12, Dies After Allegedly Being Tortured By His…

“Why did Lekki hotels stopped keeping bibles in their rooms”, –…

Serving You Fine Wine Since 1961